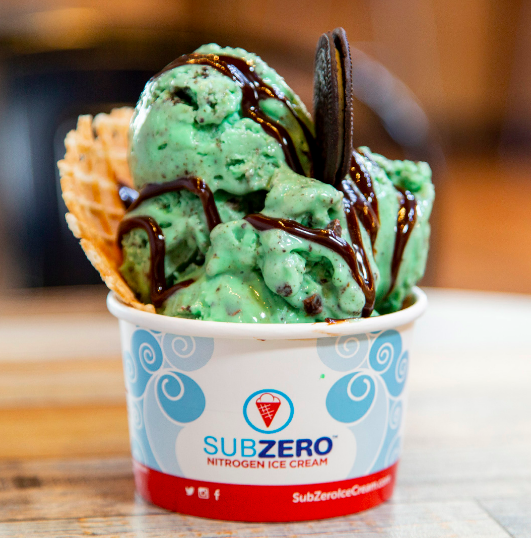 The Lehi Sub Zero Ice Cream location originally opened almost three years ago but temporarily closed its doors in February due to complications from the COVID-19 pandemic. The owners of the Lehi franchise and founders, Jerry and Naomi Hancock, also own and operate several other Utah locations, including stores in Orem and Provo. The Lehi Sub-Zero had a soft reopening in September but are planning on a grand reopening next weekend, complete with new flavors and a raffle to benefit Salt Lake County Youth Services.

“Sub Zero’s one-of-a-kind concept has appealed to both the eyes and taste buds of locals in Utah since our first location in Orem. The entertaining ice cream experience that keeps our guests coming back for more will continue to be the driving force as we open our seventh Utah store,” said Naomi Hancock, co-founder of Sub Zero. “We cannot wait to bring our delicious ice cream back to Lehi and reconnect with the community.”

Sub Zero’s delicious ice cream is created right in front of the customer, transforming a liquid base to a frozen concoction, thanks to the freezing power of liquid nitrogen. The first Sub Zero Nitrogen Ice Cream shop opened in 2004, after founders Jerry and Naomi Hancock discovered liquid nitrogen provided a safe, unique and cost-effective method for creating delicious, customizable ice cream products.

With his chemistry background, Jerry patented his unique process of freezing ice cream using liquid nitrogen, and in 2008 began franchising. Following an appearance on NBC’s “Shark Tank” in 2013, Sub Zero Nitrogen Ice Cream was named Forbes’ “10 Best Franchises to Buy From ‘Shark Tank’” in 2017, with 40 franchise locations, including the first Bahamas location, which is a $50 million center.

Lehi Ken Garff dealerships give back with basketball court