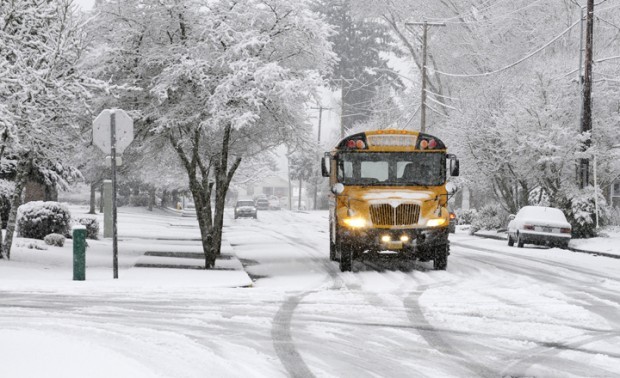 The Alpine School District’s snow days — a feature that was just approved last year after decades without one — may be a thing of the past.

The district’s board of education unanimously voted Nov. 10 to add distance and online learning as an option for schools on days when weather and other conditions may make it unsafe for students to attend physical schools.

Policy 1800, which was approved last November, gave the district’s superintendent the ability to close, delay the start of school or release schools early — either as a district or in school clusters — in case of unsafe weather. The policy came about several months after a snowstorm last year shut down school systems north of Utah County following a winter weather advisory from the National Weather Service. Alpine School District’s schools stayed open, causing anger from parents across the district, where weather conditions can vary drastically.

“But, actually, this is just matching our policy to a decision that we had already made when we approved the calendar,” she said during the meeting. “So, this is just a cleanup.”

Under the policy, the superintendent can decide on a potential closure, late start or switch to online or distancing learning by 10 p.m. the night before. If there is an unexpected

hazard, like a snowstorm, the superintendent will decide by 5:30 a.m. the day of the weather event.

The first day of spring break was previously set aside as a makeup day.

Under the revised policy, the superintendent could trade a full closure day for an online or distance learning day. Buses would be canceled those days. School administrators and other essential personnel, like custodians and secretarial staff, would be required to physically be at schools as soon as they could safely arrive. Teachers would work a normal contract day and would need to contact their principals if unable to work.

After passing the initial policy last year, allowing snow days, the district’s board of education had brought up whether online learning could take the place of attending a physical classroom during bad weather. The discussion was essentially tabled with the understanding that the district couldn’t switch to widespread, online learning models quickly.

That changed in March when the COVID-19 pandemic gave districts two days to prepare before going entirely online. That change, said David Stephenson, a spokesman for the district, has allowed the district to switch quickly.

“So if there is any time of an emergency, we would be able to do that, through online or distance learning,” Stephenson said.

Passing an updated policy was essentially a procedural item after the board moved to remove the snow makeup day from the academic calendar.

The policy change passed with minimal discussion after a “disturbance in the hall” caused a schedule adjustment. The closed session moved to the middle of the meeting instead of its traditional place, at the end. The meeting resumed more than an hour later when the district voted to approve the updated policy.

MTECH gets computers into the hands of Utah students