Space center upgrades are out of this world 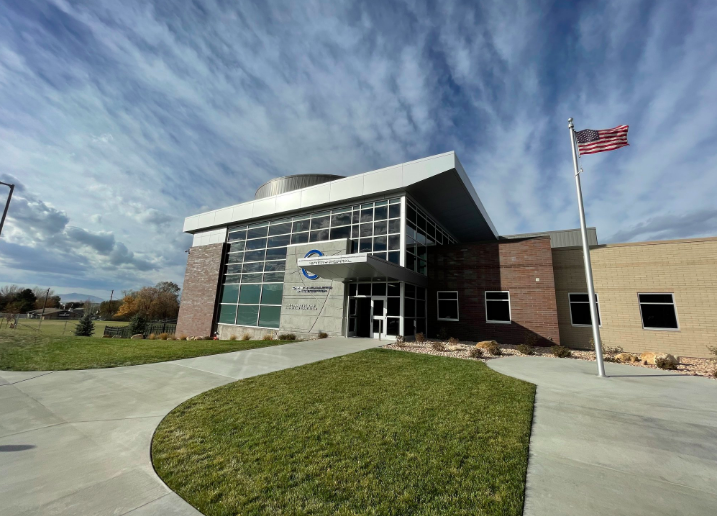 Thirty-five years ago this March, science teacher Victor Williamson at Central Elementary in Pleasant Grove watched with his students as the Space Shuttle Challenger exploded on live TV only a minute and a half after launching. Williamson, determined to continue Christa McAuliffe’s mission as the first teacher in space, started teaching his students about space exploration with cardboard boxes, hand-drawn dials and imagination. On Friday, Nov. 13, the Christa McAuliffe Space Education Center unveiled its facility in a virtual tour on social media, and everything from the flight simulators to the garbage cans have been given a serious upgrade.

Williamson built up the space center program through grants, donations and volunteer work. In 1990 the first simulator, Voyager, opened at Central Elementary. In the last 30 years, hundreds of thousands of children have experienced being part of a mission at the Christa McAuliffe Space Center (CMSC). “Even though we have a lot of technology to help us, it’s the imagination of the kids that really makes it,” said James Porter, director of the CMSC.

“This building is a testament that 30 years of labor from so many talented and generous contributors will not be lost to memory,” said Porter. “It brings me great joy when I consider that students of the 1990s who crewed our starships have started bringing their children through our doors and that we will continue that cycle for generations to come.”

The upgrades at the new space center, which now has its own building detached from Central Elementary, were possible through individual, family and corporate donations. In December 2018, the Edward St. John Foundation presented the CMSC with a donation of $1 million. “Space is big – it’s immense! I want you to not only dream big, I want you to learn big. Work on hard problems. Most importantly, live big lives – as big as the universe itself,” said Daniel Thomas of the Edward St. John Foundation, speaking to students at Central Elementary when the donation was made.

Ground was broken for the new space center in Spring 2019, and the CMSC has dropped tantalizing details about new simulators, high-tech advancements and a world-class planetarium on social media for the last several months as the finish line of the project neared. The rise in COVID-19 cases in Utah just days before the open house meant a last-minute change of guests coming in person to a 360-degree tour on Facebook with James Porter on Nov. 13.

“Truly we stand on the shoulders of those giants who helped create this uniquely powerful program. It is from our elevated perch that we aim to raise the next generation of great minds. We are ready for launch!” said Porter.

The Christa McAuliffe Space Center is taking reservations for the Edward St. John Planetarium but not for missions and camps until the emergency orders for COVID-19 are lifted. Go to spacecenter.alpineschools.org for more information.