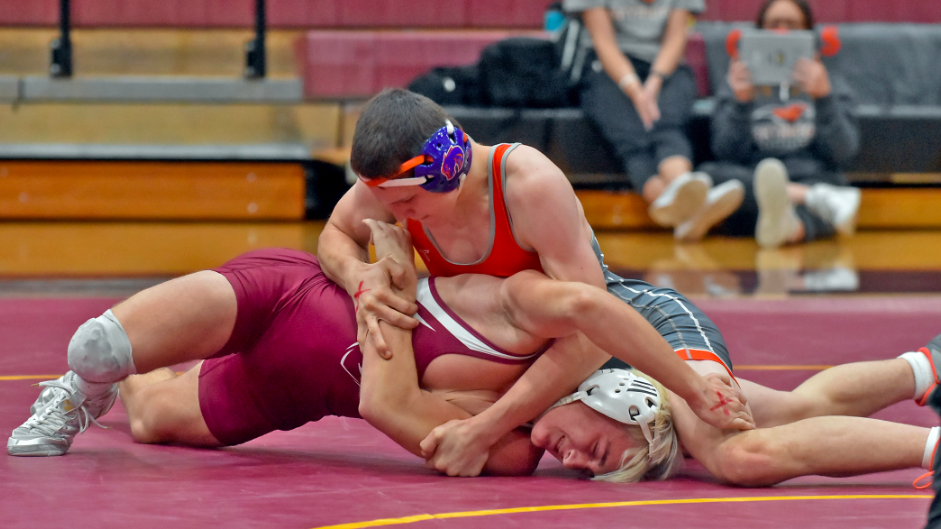 The Skyridge wrestling team earned third place at the War at the Watch Tower Dual Jan.2 at Mountain Ridge High School in Herriman.

The Falcons topped Riverton 43-36 in the first round. In their second match, they defeated Granger 60-19. They bowed to the host school 27-52 in Round 3 and finished up the qualification rounds with a loss to Wasatch 71-9. The Wasps went on to defeat the Sentinels in the championship match.

Against the Silverwolves, the Falcons won eight bouts, six by falls, one by major decision and one by decision. The Lancers had four forfeits, and Skyridge won six contested matches, all by pin except for one injury withdrawal.

In the dual with the Sentinels, the Falcons scored three falls and one decision in actual bouts. They won just two matches against Wasatch: Erol Yellowhair earned a 9-4 decision over Beau Frentheway in the 106 weight class, while at 145, Joshua Millward pinned Noah Roylance at 3:54.

In seven contested bouts with the Grizzlies, Skyridge earned six falls and one technical fall.

“The kids wrestled well for this soon after the break,” said Coach Lyle Mangum. “I was impressed with their shape. We have a really busy week so it will be fun to watch.”

Millward improved his record to 21-0 on the season and Mangum said he will be in the all-star match event next Tuesday at Telos University in Orem. He went 5-0 in this event.