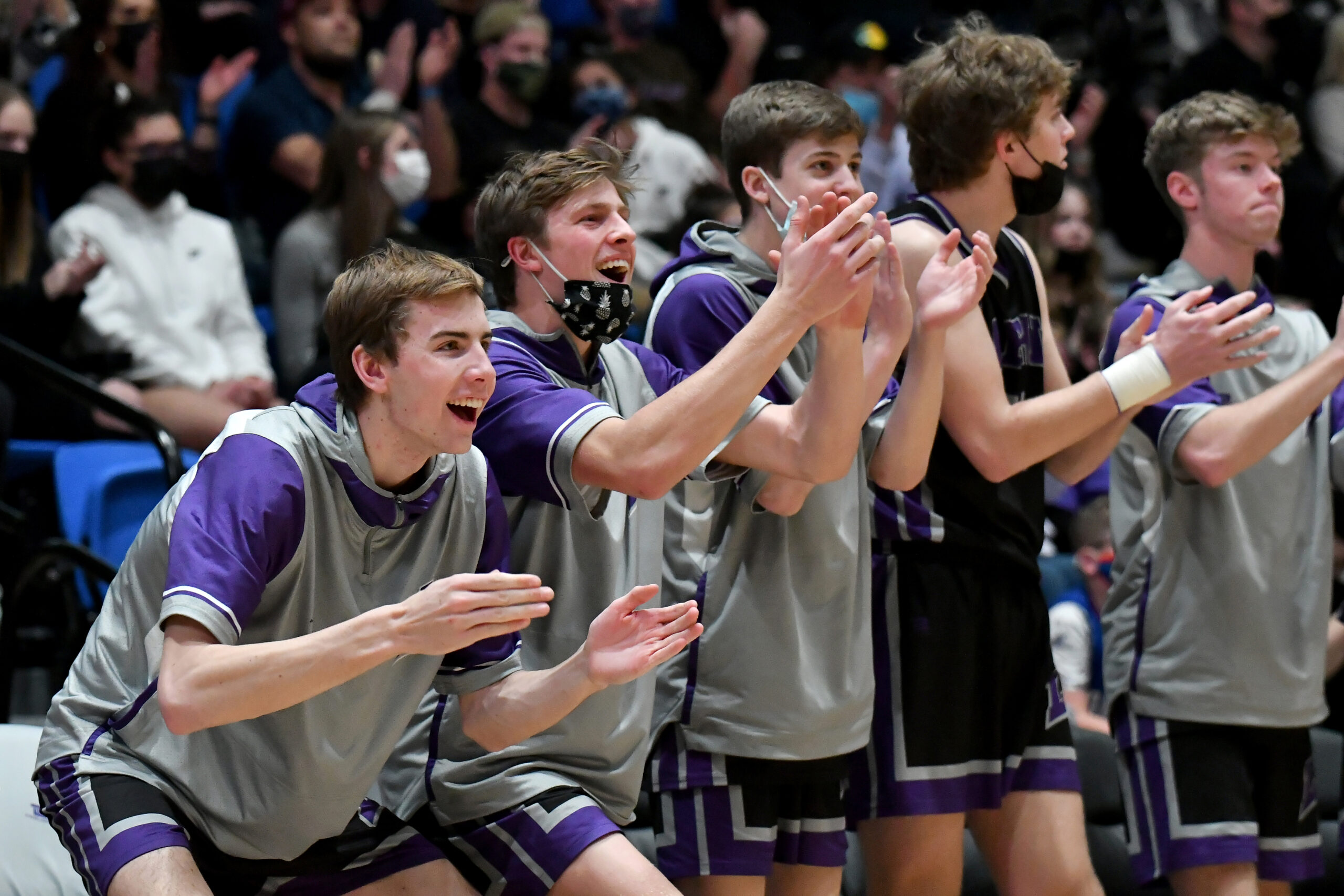 The No. 3 Lehi boys basketball squad played a solid game on both sides of the ball as they led No. 2 Olympus from start to finish in a 69-58 semifinal victory on March 5.

The Pioneers jumped out to a 6-0 lead in the first three minutes of the contest and built a 19-11 advantage by the end of the first quarter.

However, there were reasons that the Titans had only lost two games coming into this one. They rallied in the second period and reduced the gap to just four points by halftime.

On the other end, Brousseau, senior forward Tyler Trane and sophomore forward Preston Varner continued to rotate the defensive assignment on 6-foot-8, 225-lb. Titan center Jack Wistrcill, with help from the other players on the floor as needed.

He averaged about 20 points and seven rebounds during the regular season but was limited to just 13 points and four boards in this game.

Those combined efforts on both ends of the floor left the Pioneers ahead 56-50 heading into the final stanza. The score remained close the rest of the way until Lehi extended it on free throws in the closing minutes, but the lead was never threatened.

Lehi’s offensive efficiency was particularly remarkable in the second half, when the Pioneers completed 80 percent of their field-goal attempts. They also had 22 assists on 27 field goals for the game with just five turnovers, reflecting the rapid passing and ball security that helped them prevail.

“We had to have a defensive game plan and control the back door,” Amakasu said. “Our communication and our intensity helped us to win tonight.”

“It was one of our better offensive games all year, but they shot well too,” said Lehi Coach Quincy Lewis. “That’s a good team, but we’ve come a long way in the past three months. Our perseverance and tenacity have been the keys to our success during the tournament so far.”

Amakasu made some spectacular plays during this game that helped spark his teammates to keep up the energy necessary to counter the opponent. “I’d like to take credit for that, but sometimes it’s just a kid with good instincts seeing an opening and taking it,” Lewis said.

The coach also praised the defensive effort against Wistrcill. “That kid is a load, but our three-headed monster did a good job on him all night,” he concluded.