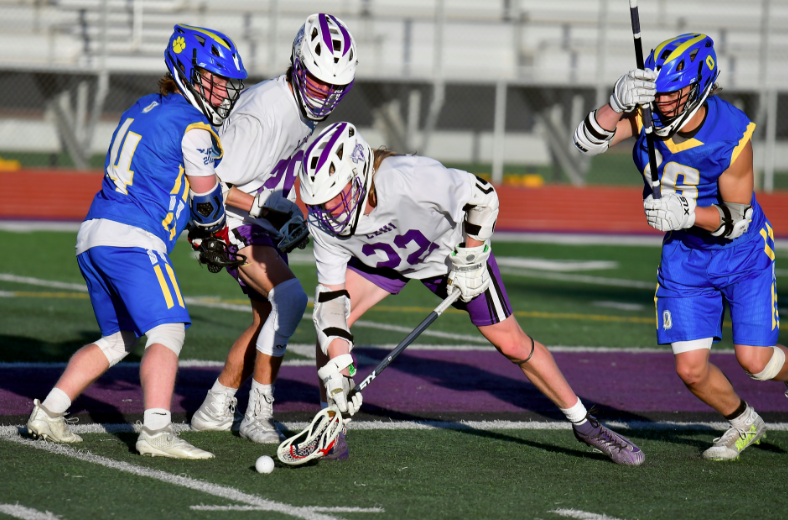 The Lehi boys lacrosse team sits squarely in the middle of Region 7 as the season enters the final two weeks. The Pioneers are tied for fourth place with Timpanogos at 4-5 in the league standings and own the tiebreaker so far. The team is 7-6 overall.

Larsen collected eight ground balls and also made an interception and won 12-of-14 faceoffs. Senior Tyson King tallied 12 saves in the net.

Larsen led the way in this thriller with two goals and two assists, fielded 15 ground balls and was a perfect 14-for-14 in faceoffs. King had six saves in goals. Steele Cooper scored three times.

Holden Hughes had four goals and one assist and Steele Cooper scored three times as the Pioneers bowed to the Thunderbirds. Larsen collected the most ground balls with eight.

The Pioneers scored only once after the first quarter and couldn’t keep the Sentinels out of the net enough. Steele Cooper made three goals and King made 19 saves.