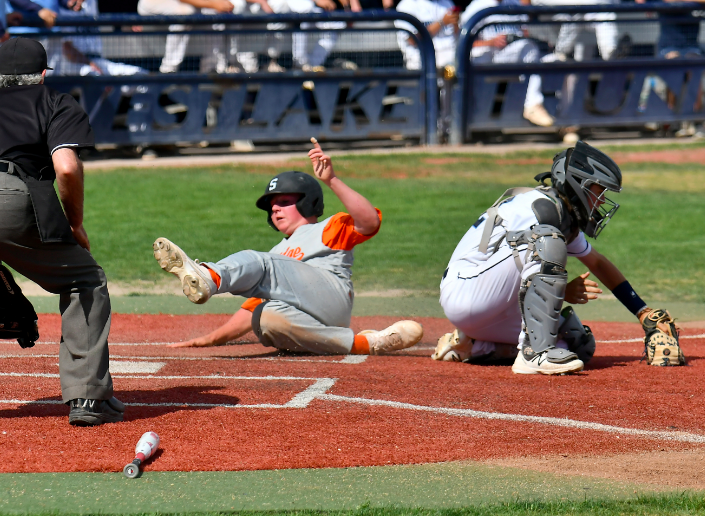 The playoff season has arrived for spring team sports. Following is a summary of how each Skyridge team is positioned entering the state tournaments.

Prospects: The Region 4 champion Falcons were the last team to earn a bye in the first round. They will host the winner of the series between #15 Kearns (9-14) and #18 Taylorsville (7-14) on May 20 at 4 p.m. The teams will play the next day at 3:30 p.m. and if needed, a third tiebreaker game will be played right afterwards.

Prospects: The Falcons beat Pleasant Grove in the final league contest, so those teams shared the Region 4 title. However, Skyridge got a much higher seed because of the tough schedule they played. The Falcons had a bye in the first round and host #18 Layton (7-9-0) at 4 p.m. on May 18. The Lancers beat #15 Hunter (8-8-0) 2-0 today to advance.

Prospects: The Falcons landed in the middle of their assigned division for the playoffs. They will host #24 Payson (1-15) on May 15 at 1 p.m. If they win, they will play again on May 19.

Final RPI ranking: 3 in Division A

Prospects: The undefeated Region 4 champions have turned in a very strong season and ended up with a high ranking in the top tournament division. They will host league opponent #14 Corner Canyon (10-6) on May 18 at 4 p.m. The Chargers gave the Falcons two of the toughest games they played this season; Skyridge won by just a single goal each time.