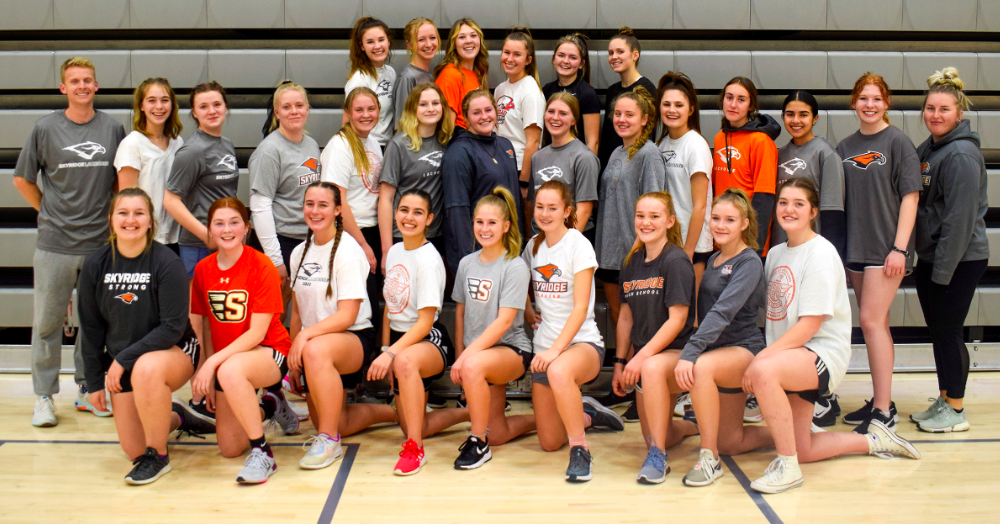 The Region 4 champion Skyridge girls lacrosse team suffered a heartbreaking loss in the quarterfinal round of the Division A state tournament, falling to Waterford 16-14 on May 21 to end their outstanding campaign.

The Falcons were undefeated in league play and finished the regular season with a 14-1 record. They received a #3 RPI ranking in the top division but started the tournament with a tough rematch against league foe Corner Canyon, the #14 seed with a 10-6 record.

They eliminated the Chargers 13-10 on May 18. Skyridge was then matched against the #11 Ravens, who entered the contest with a 13-2 record. Their lower ranking represents a somewhat weaker schedule, but they were able to put together a heroic effort to top one of the tournament favorites.

The Falcons ended up 15-2 overall. The team was led all season by an impressive duo who happen to share the same last name.

Junior midfielder Rivanna Buechner tallied 59 goals and 15 assists, converting on 78 percent of her shot attempts. She was even more effective on the defensive side, collecting 112 ground balls for 7.5 per contest and also causing a team-high 49 turnovers. She also registered 103 draw controls.

Sophomore attacker Haven Buechner was the leading scorer with 72 goals and 11 assists. She scooped up 63 ground balls and caused 12 turnovers as well.

Senior goalkeeper Gretchen Jenkins had 88 saves with a superlative save percentage of 81.4.