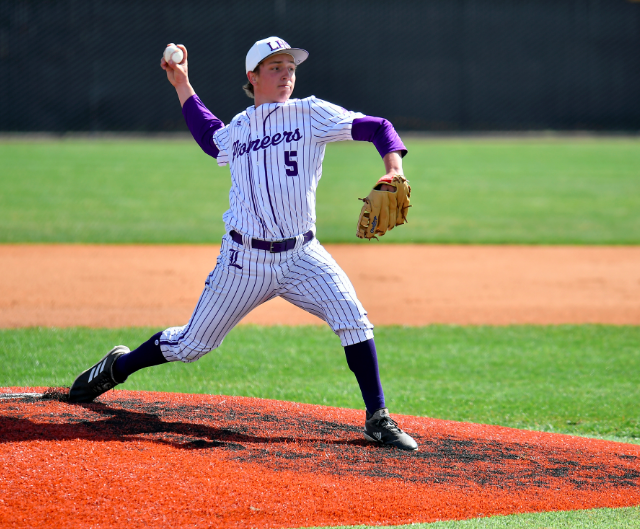 The Lehi baseball team split the final three Region 7 series with Alta, Timpanogos and Orem to finish with a 10-8 league record, which placed the Pioneers fifth in the conference standings. They beat the Hawks and Timberwolves once and the Tigers twice in their respective three-game series.

The Pioneers were seeded #17 in the final RPI rankings, high enough to get a bye in the first round. In the second round, they were matched against #16 Wasatch (then 13-10) and were eliminated from the tournament after falling to the Wasps 8-3 on May 15 and 11-6 on May 17.

Lehi finished with a 12-15 overall record. Senior Ethan Zimmerman won the most games on the mound for the Pioneers and was also a major contributor on the other side of the plate. He hit .393 for the season, including nine doubles and a home run. He also scored 19 times and had 21 RBI.

Senior Creyton Cooper hit .370 with seven doubles and six triples. He scored 28 runs and drove in 13 more, plus he stole 13 bases. Senior Teigen Peterson hit .349 with seven doubles, a triple and two home runs. He had 25 RBI and scored seven times.

Zimmerman, Carter, junior Jaxon Christensen and sophomores Jackson Brousseau and Boston Bingham all had a perfect fielding percentage for the season.