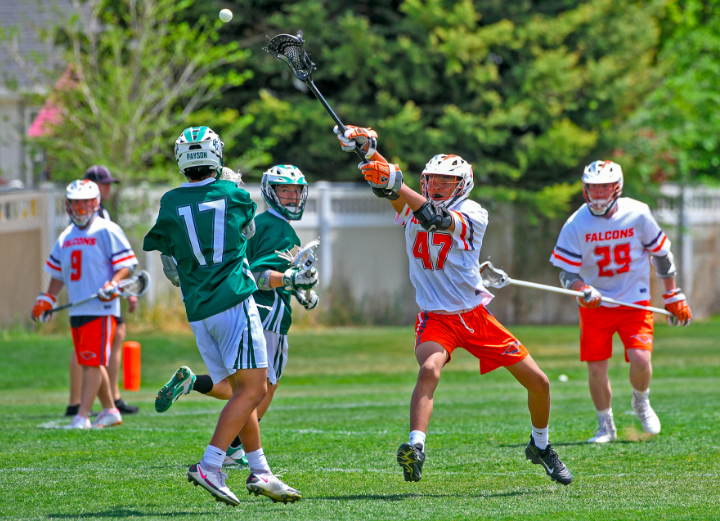 The Skyridge boys lacrosse team started out well in non-region games but were winless in Region 4 competition. They finished 4-11 overall at the end of the regular season.

Next up was #8 Judge Memorial (5-8) on May 19. It was a close, hard-fought battle, but Skyridge eventually upset the Bulldogs 12-11 to advance to the quarterfinal round.

There they faced division #1 Pleasant Grove (6-10) on May 21, and the Vikings eliminated them from the tournament 15-4. The Falcons ended the season with a 6-12 overall record.

The team had a lot of different scorers, but the list starts with senior midfielder Cooper Goodrich, who had 25 goals and 11 assists. He also tallied 34 ground balls and five takeaways.

On the other side of the equation, senior defender Colby Dulle led the team in ground balls snagged with 77, 4.5 per game, and also was tops on the takeaways list with 27.