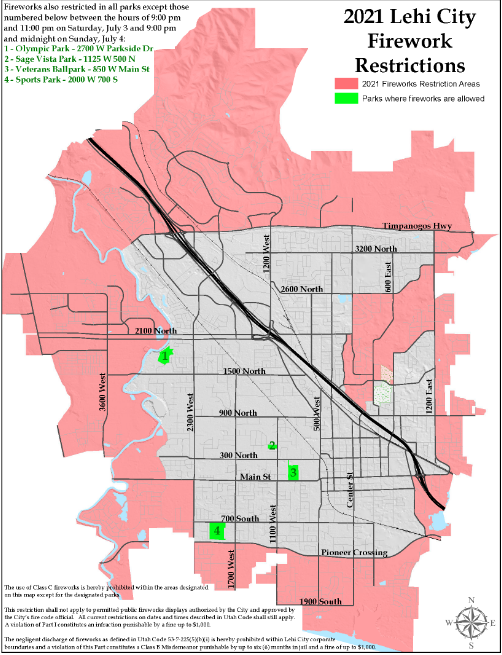 To the delight of some and the dismay of others, there will be no early morning cannon salute this Fourth of July in Lehi. The city is taking a break from the long-time tradition.

“Since we’re really trying to stress that citizens skip a year and go to a professional [firework] shoot, I feel like we should skip a year of our Fourth of July tradition of setting off our salutes (cannons). I think we should be the example. I know that will be super controversial, but I just feel like we need to be the example and we can’t be running around town lighting those off while telling people not to,” said Lehi Fire Chief Jeremy Craft.

The City Council and Mayor agreed with Chief Craft’s decision.

“That’s a tough one because that’s one of the best traditions we have in Lehi,” concluded Mayor Mark Johnson.

The cannons may be taking a year off, but firework displays will not.

The City Council unanimously voted not to ban all fireworks this year, deciding to increase the restricted area instead. Restricted areas include everything north of SR92, west of the Jordan River, south of Pioneer Crossing, and the east Dry Creek Area.

The City has also opened up the following parks to allow residents to discharge fireworks (only on July 3-4):

The designated parks will have a fire engine and crew on site for the discharge times of 9 p.m.-12 a.m. Saturday and Sunday, July 3 and July 4.

Chief Craft also urged residents to be safe and recommended skipping personal fireworks this year and attend a professional show like Thanksgiving Point or Stadium of Fire.

Penalties for violating firework restrictions include up to six months in jail and a $1,000 fine, along with restitution for any financial losses incurred by the City or property owners.