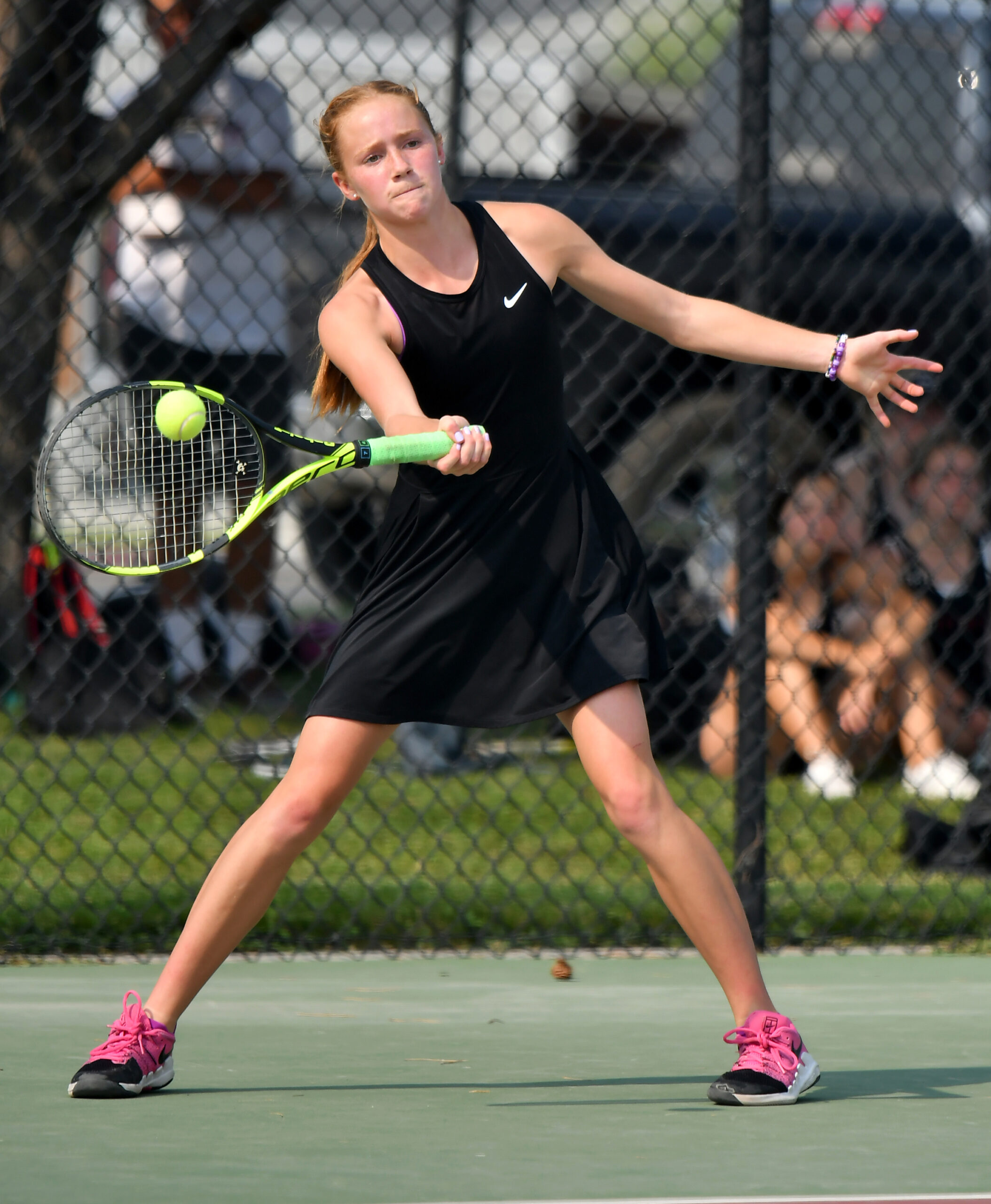 In the singles matches, Pioneer No. 1 Caroline Moon, a junior,lost to Sofie Thompson 6-2,1-6,6-4. “In the second set, Caroline was more aggressive and fought back hard, making Sofie run for more shots,” said Coach Shelly Moon. “It was a long, very close match.”

In tournament single-set matches, Moon won 8-3. “She hit very hard and made her opponent run side to side,” Coach Moon said.“Caroline stayed consistent.”

Bowman won 9-7. “She changed her game plan to be very steady with little mistakes. It worked,” Coach Moon said. Burnett won 8-6. “This was a very close match. She outlasted her opponent with very long rallies and stayed patient,” the coach added.

In first doubles, Nielson and Moreau won 9-7. “They wereaggressive at the net, made good returns, played well as a team and stayed positive,” Coach Moon said.

In doubles, Nielson and Moreau bowed 8-3, while McAllisterand Anderson lost 8-7 (12). “They came back from being down 4-7 and tied it up,” Coach Moon said. “They fought back into the match.”

“I think this is the first time in years we’ve won against Timpanogos,” Coach Moon said. “I was very proud of the girls and their effort.”

She continued, “Emmeline pulled off a very close first set, staying very steady and strong, and then she pulled ahead in the second set.

“Kylee and Kathren stayed positive and made some good changes on their return of serves, placing their volleys much better and believing they could win. We were very proud of them. Also, Mylee and Alyssa stayed consistent on their cross-court returns, and Mylee was aggressive with her volleys.”

“Chaney and Emmeline both did a great job finishing off their matches, not letting their opponents back in and staying focused the entire time,” Coach Moon said.