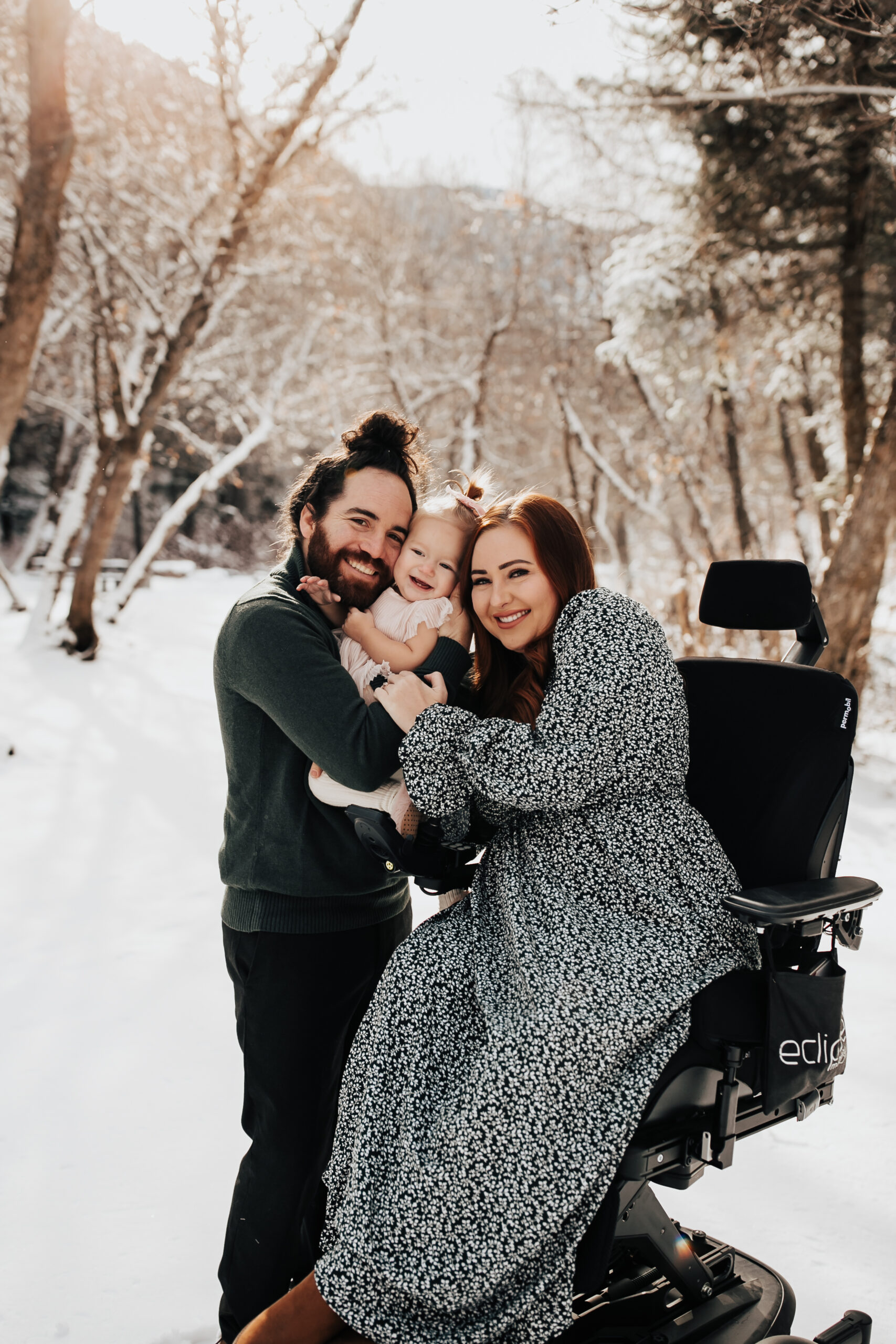 Born with Spinal Muscular Atrophy, also known as SMA, Carli Hamilton’s life has not been an easy ride by any means. Hamilton has had an unknown future, from being told she wouldn’t be here to celebrate her fifth birthday to constantly having an expiration date placed on her life. Twenty-eight years later, she has completed high school, graduated from college, is happily married, and has her own child. Carli Hamilton is inspiring individuals from the seat of her wheelchair, one person at a time.

Spinal Muscular Atrophy (SMA) is a severe, progressive neuromuscular disease and can be fatal. Affecting approximately one in 10,000 babies, SMA causes difficulty with essential life functions such as breathing, swallowing, and walking. It is the leading genetic cause of infant mortality. Hamilton is on a mission to share her story and spread awareness of the disease, especially during August, SMA awareness month.

With a newly developed medicine, Evrysdi, millions of individuals worldwide, including Carli, are finding prevention, improvement, and most importantly, hope. Evrysdi is the first and only daily liquid SMA treatment that can be taken at home. It is approved to treat adults and children two months of age and older. Before the FDA’s approval in August 2020, more than half of the people with SMA were not on any disease-modifying therapy.

Since the newly developed treatment, approximately 32% of those starting on this new treatment had never been on any disease-modifying therapy or treatment before. As the pandemic continues, having this at-home treatment is critical for this vulnerable population. “Evrysdi improves, helps, and can be lifesaving, but it is not a cure. However, it is hopeful and is taking away fears of those who have or family members that have SMA,” said Hamilton.

“My mom was a single mother and didn’t have the means to buy me a wheelchair as a child, and there are others with SMA that may have similar needs,” Hamilton continued. At curesma.org, people can donate to the foundation and help provide medical equipment and attention to those with SMA.

Hamilton gives a lot of credit to her mother, who she says never let Carli’s disability limit her. “My mom pushed me to accomplish what I wanted to and never treated me differently,” she said.

Hamilton majored in communications at the University of Utah, graduated with honors, was involved in many clubs and organizations, and was a student council member. “It has been hard being wheelchair-bound, and it can be sad if that is all I focused on. But I choose to focus on the good and the things I CAN do. We have this one life so let’s take advantage of it,” Hamilton said.

Carli Hamilton is married to her supportive husband and has a two-year-old daughter named B. They enjoy traveling, ice-skating, and spending time helping and spreading awareness about SMA. Carli also has a successful Instagram account where she shares her experiences, @carlihamiltonnn.