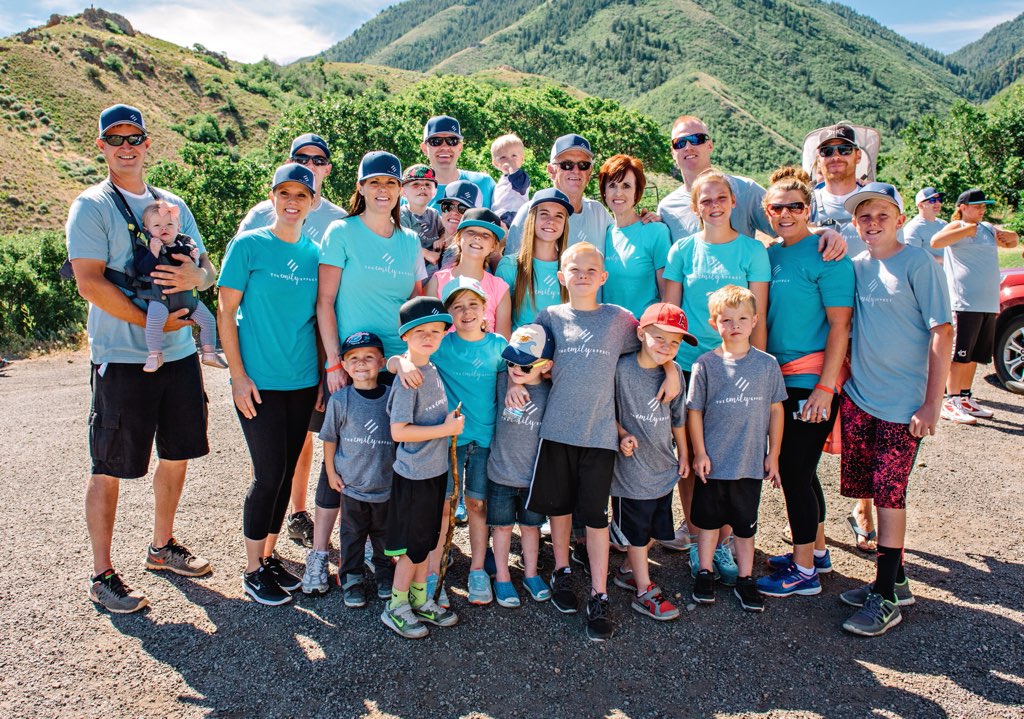 “Emily’s story has resonated with so many women,” said Megan Johnson. “Unfortunately, it takes a story like Emily’s to pour gasoline on the fire.”

Five years ago, Megan Johnson’s older sister Emily Dyches was killed in an accident on the freeway. Emily’s husband Eric shared the experiences leading up to that terrible moment on theemilyeffect.org.

“In March of 2015 Emily gave birth to a healthy baby boy – Trey Hudson. Immediately following the delivery, Emily experienced a traumatic event which caused her great fear and concern. Due to the capable care of clinicians, Emily made it through this scary event physically unscathed, but likely carried with her some negative emotional effects upon leaving the hospital and returning home two days later.”

Emily had a difficult time nursing little Trey, which caused her great distress. Eric continued, “I immediately sensed something was different about her. Her sensitivity to small matters was overly heightened and her ability to reason seemed impaired.”

Emily was diagnosed and treated for postpartum depression and anxiety for the next several months. “During the process we found pockets of good help, but as a whole, the journey was frustrating, and the resources seemed disjointed. There were many times I felt like we had exhausted every one of our options and I simply didn’t have anywhere else to turn,” Eric related.

On February 24, 2016, Emily had a major panic attack on the interstate while riding in the passenger seat next to her father, Lynn Cook. “Not knowing how to fully respond to what she was experiencing, Emily exited the vehicle and fled to what she perceived was a safe place. Unfortunately, that panic led her into the path of oncoming traffic,” Eric wrote. Emily Dyches was struck and killed on impact.

Eric Dyches doesn’t blame anyone for his wife’s death. “We took full advantage of the medical resources that we had at our disposal. I’ve since come to find out there are other resources,” Eric said in a 2016 interview with KSL.

Dyches and the Cook family started The Emily Effect Foundation to bring awareness to perinatal mood disorders and educate families on the number one complication of childbirth:depression.

“There are so many aspects of motherhood that contribute to mood disorders – biological, loss of sleep, stress. It can happen to anyone, even mothers with adopted children,” said Lehi resident Megan Johnson, Emily Dyches’ younger sister. Johnson, a mental health therapist in private practice assists in directing The Emily Effect Foundation.

“Emily knew she needed to share her story. She had never experienced anxiety or depression before and no one expected it to happen to her,” Johnson continued.

The Emily Effect Foundation has made great progress in the last five years. Sharing Emily’s story has resulted in more funding for resources to help women and mothers. It’s also made Megan Johnson more empathetic and tuned in to what people experience.

“We need to have these hard conversations and get what is in darkness out into the light. We need to help others find their way,” said Johnson.

Western Heating and Air is sponsoring a Fall Festival for The Emily Effect Foundation at Wines Park in Lehi on Saturday, September 18, from 10 a.m. to 1:45 p.m. The family-friendly event includes music, games, speakers, raffle prizes and a petting zoo. “We’ll have vendors and resources especially for moms,” added Johnson. The activities are free, and donations of any size are welcome. All proceeds will benefit The Emily Effect Foundation.

“We want to help moms share their stories. Others can learn from them and connect. No one is alone,” said Johnson.