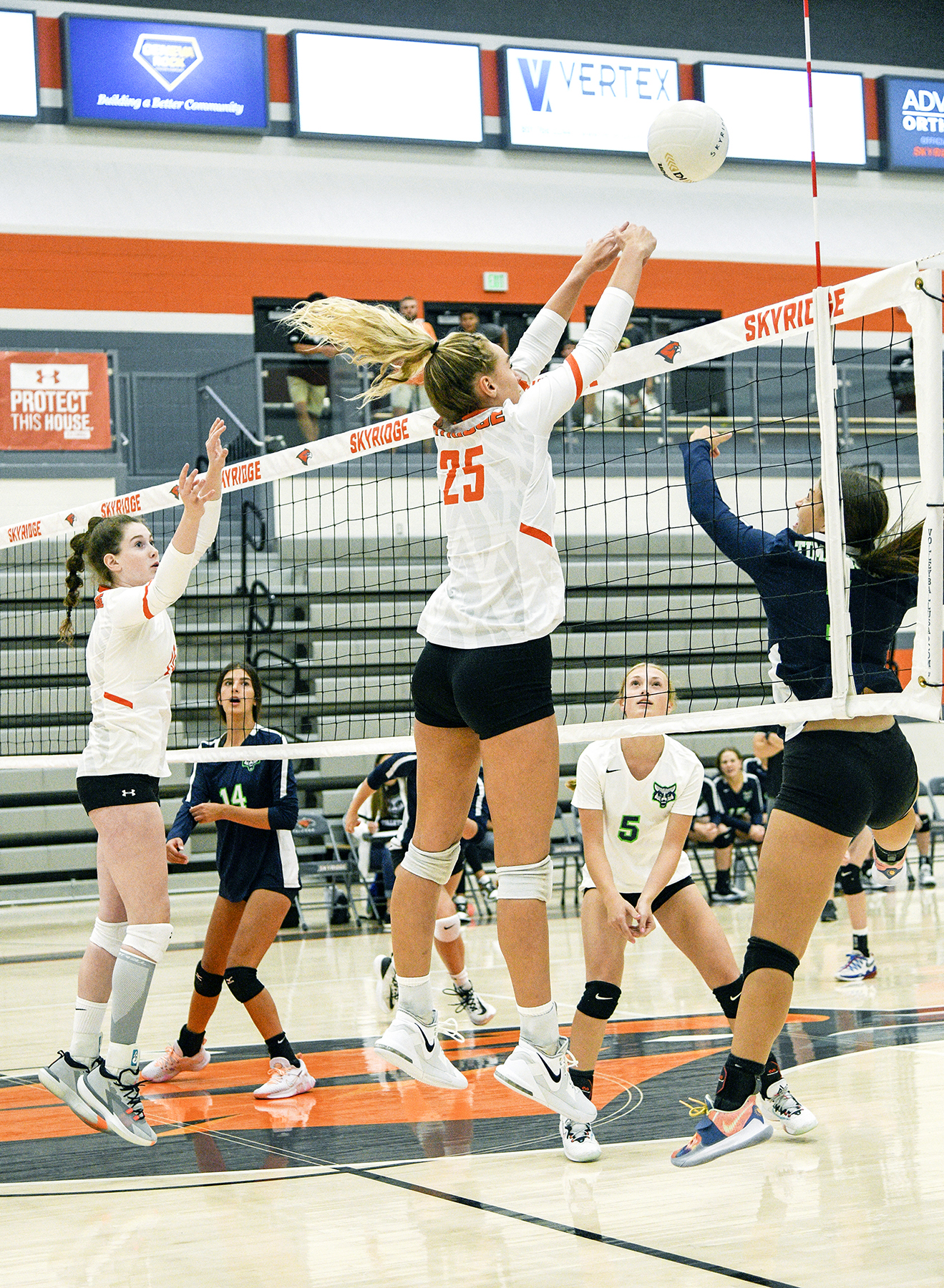 The Skyridge volleyball team opened the season with a 3-0 victory over Timpanogos in a non-region contest on Aug. 17. The Falcons easily bested the Timberwolves 25-10, 25-20, 25-10 on their own home court.

If some of those names sound familiar, they should. Four of those five players return from last year’s varsity squad, which finished with a 13-17 record after a loss in the second round of the 6A state tournament.

The Falcons will be looking to build on all that experience as they compete in rugged Region 4. Four of the league’s schools finished in the top eight of the 2020 state tournament. CurrentRegion 4 schools have captured the last five state titles in theirclassification.

Moore led the team in kills last season with 228, assists with 371 and aces with 90. She had one block and 56 block-assists, adding to her effectiveness at the net, and she also made 284 digs.

Echevarria posted 262 serve-receives and 168 digs as the defensive specialist. Standifird had 335 serve-receives to go with a team-high 307 digs, 78 kills and 52 aces.