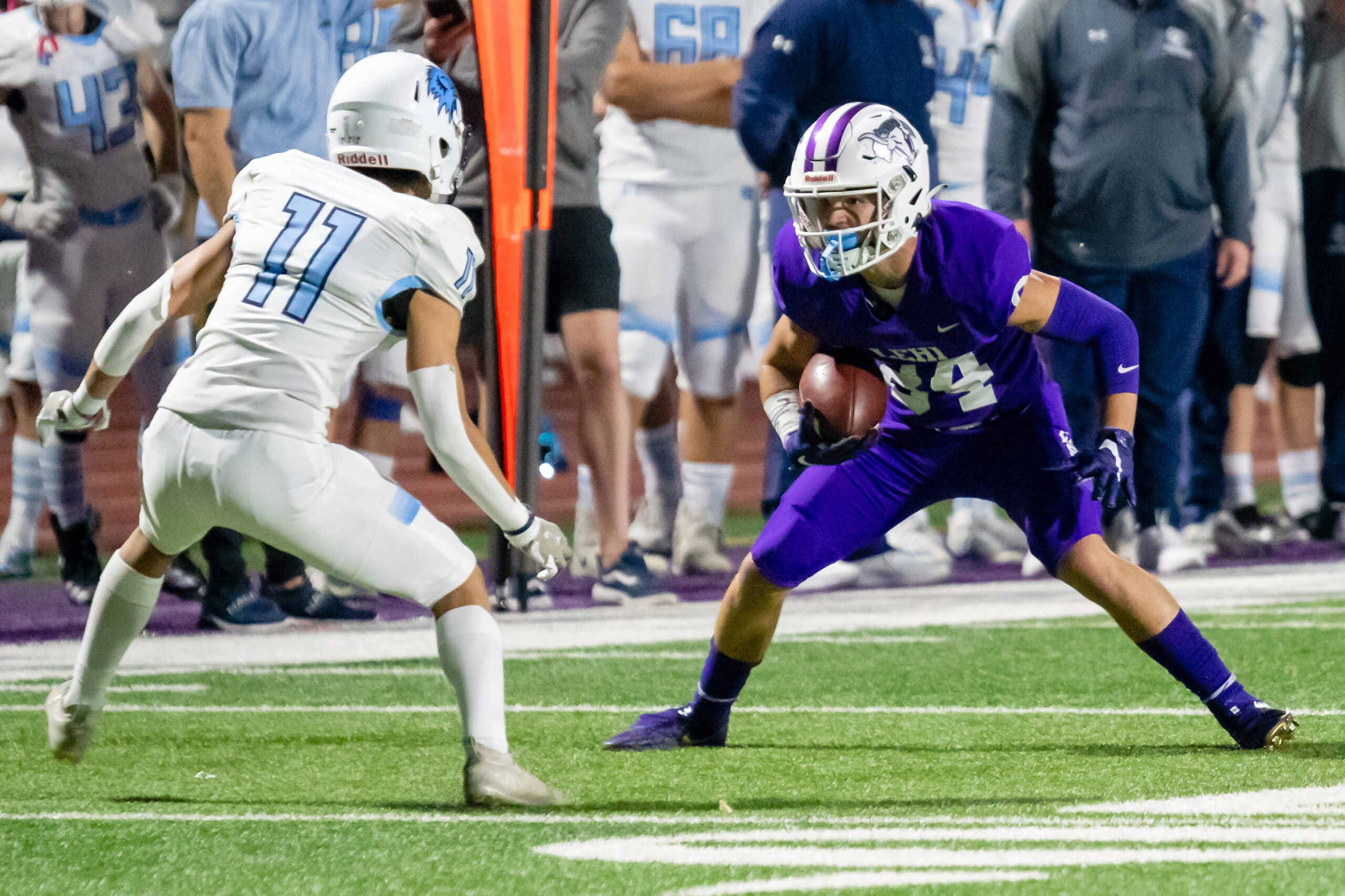 Once they got a feel for the opponent, the Pioneer football team started rolling and went on to a 33-7 road victory over Coeurd’Alene, Idaho, on Aug. 28.

The teams spent the first quarter sizing each other up as they traded possessions. Early in the second period, Lehi downed a punt at the Viking 5-yard line and marched down the field from there, scoring on a 3-yard run by senior Helaman Ofahengaue.

Following the PAT by senior kicker Zane Goodrich, the Pioneers got their initial 7-0 advantage with seven minutes remaining in the half.

One minute later, a punting error by the host team gave Lehi back the ball on the opposing 45-yard line. Junior quarterback Jackson Brousseau later found senior wide receiver Jaxon Christensen for a 12-yard touchdown catch to make it 14-0 after the Goodrich PAT with four minutes left.

The Pioneers added a 30-yard field goal from Goodrich to the tally in the final minute of the half, making it 17-0 at the break.

Lehi started the third quarter with a bang as Brousseau threw a pass over the top to senior wide receiver Steele Cooper for a 66-yard touchdown to push the advantage to 24-0 with the Goodrich PAT just one minute into the half.

The home team got their only score of the day from a 30-yard interception return halfway through the final period against the backup quarterback. Goodrich finished off the scoring for the game with a 37-yard field goal when there were four minutes left on the clock.

“Coeur d’Alene was about what I thought they would be,” said Lehi Coach Ed Larson. “They were physical, and we spent the entire first quarter trading punches on both sides. We got rolling in the second quarter and never looked back.”

The coach was pleased with the defensive effort. “Our defense played lights out again,” he said. “We still need to clean up a couple of things with our gap control but it’s coming.

“Kadiyon Sweat had another outstanding game defensively,” Larson continued. “River Moore and Nathan Anderegg on the corners were good too. I can’t say enough about our defensivebacks.” The group combined for 13 tackles in the game. Sweat and Moore each had a pick as well.

“Linebacker spacing is getting better and they are coming up and hitting,” he said. “The defensive line is improving every week and is learning to stop the run inside.

“Our receiving corps as a whole did a great job,” the coach went on. “We were able to spread the ball out. My idea of a balanced offense isn’t just the run-pass ratio, it’s getting five or six or seven receivers with four catches each.”

Eleven players recorded receptions in this contest; two of them had four apiece. Brousseau completed 20-of-30 attempts for 304 yards with three touchdowns. Sweat had 90 combined yards and junior Carson Gonzalez had 85.

Larson said the offense has started to finally put things together and because of the nice lead, he was able to get everybody some playing time.

“The offensive line is improving also,” he said. “I’m still getting a feel for who we have and who can make plays for us. I have to figure out who we need to get the ball to in certain situations.”

The Pioneers (2-1) host Copper Hills (0-3) Friday (Sept. 3) at 7 p.m. “Copper Hills is struggling but they’re trying to build a program there,” Larson said. “No matter who the opponent is, we have to show up and play.”