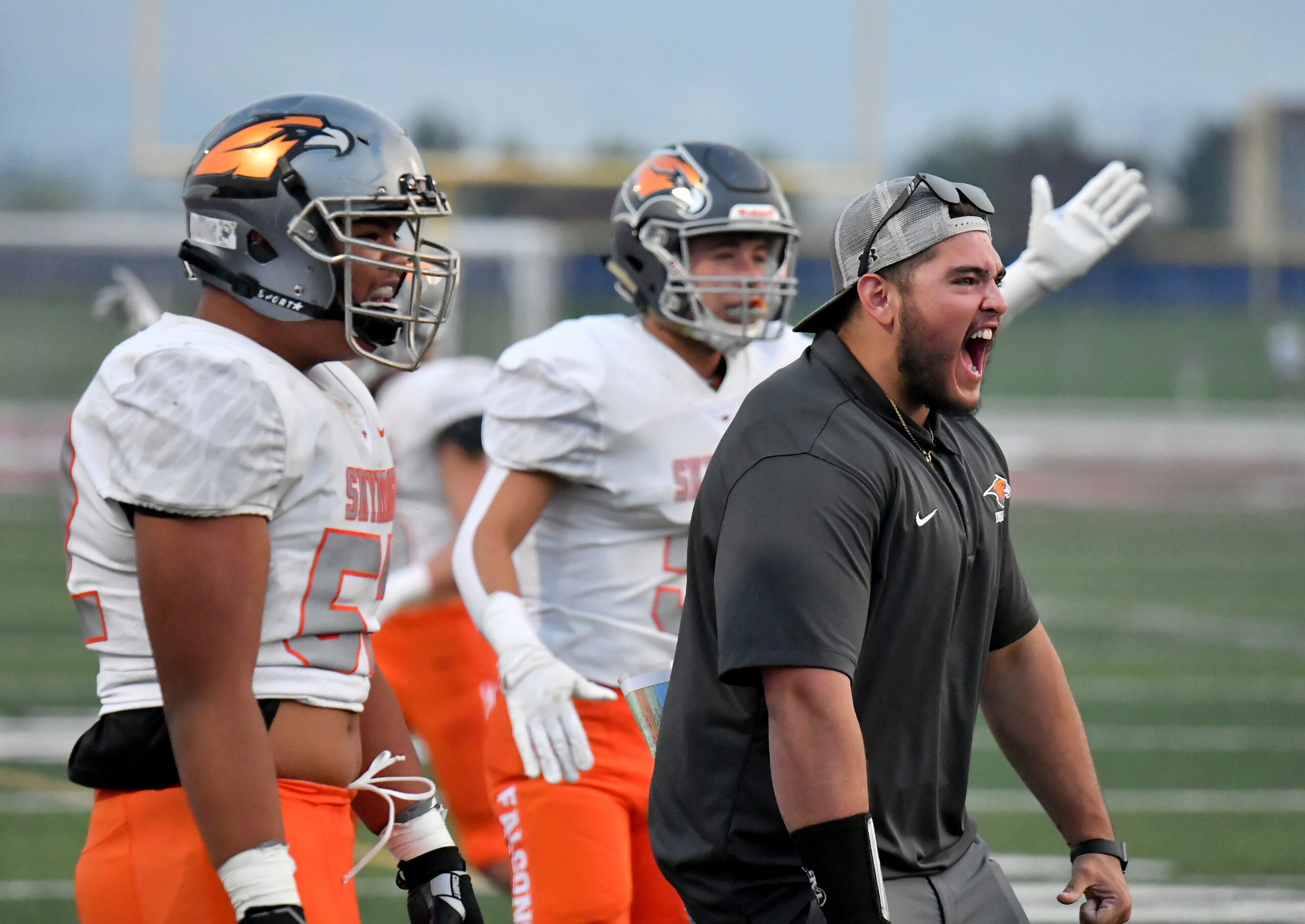 In a one-sided battle between two stout teams, the Skyridge football team’s defense was up for the challenge as the Falcons defeated Herriman 23-0 on the road Aug. 27. Skyridge’s defense has not given up any points this season to date.

The Falcon offense scored all of their points in the first half of the game. Senior running back Jeter Fenton struck first on an eight-yard touchdown reception from junior quarterback McCae Hillstead and rushed three yards for another score in the second quarter.

Senior kicker Joseph Brandt converted a 47-yard field goal to put more points on the board late in the first period.

Hillstead scrambled eight yards for the final touchdown of the game at the 4:30 mark of the second period. The offense executed well during the first half of the game and showed a balanced attack between rushing and passing plays.

Hillstead was 11-for-24 for 159 yards on the night and added 11 carries for 66 yards. Fenton finished with 22 carries for 72 yards and two receptions for 30 yards. Senior tight end Teagan Calton had three catches for 60 yards and led the Falcon receivers.

Skyridge Coach Jon Lehman said, “The Herriman team is big, fast and very athletic. During the first half we were really precise in our execution. There were a few situations where we got behind the sticks and guys went out there and made plays and continued to march the ball down the field.”

Calton said, “Our game plan tonight was to attack the flats and we did that well.” Calton led the way for Fenton to break several nice runs. “I love lead blocking, it’s my favorite thing. I like that more than running with the ball,” he added.

The Skyridge defense played hard-hitting throughout the game, holding the Mustangs scoreless and matching their physicality.

“Defense played very well. We left the scoreboard with zero points and that’s zero points scored on us for the whole season,” said Snowden. “Our defense is executing well, and our offense did well too. If we come together and prepare with lots of film,we will continue to improve.”

Lehman added, “We were in a couple of tough situations tonight. I was proud of our defense for going out there and keeping Herriman out of the red zone.”