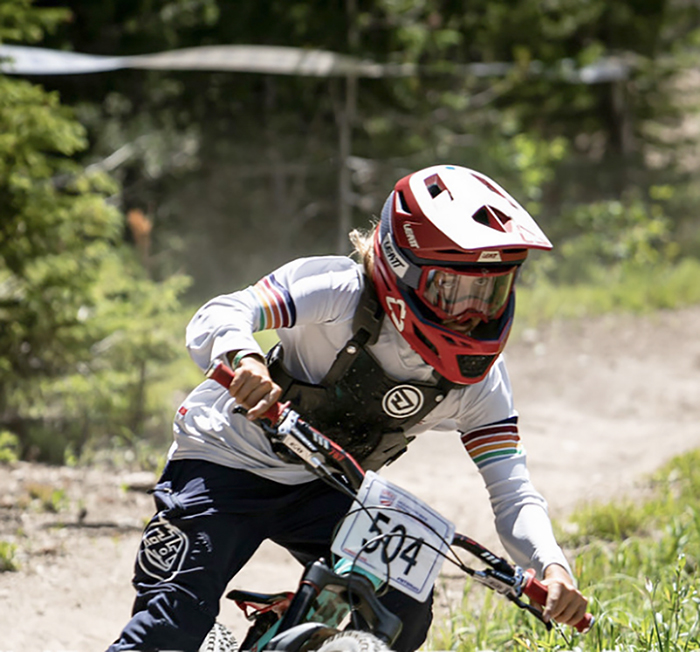 Willowcreek Middle School student Boston Bryant, 11, made the most of his opportunity to race at the USA Cycling Mountain Bike National Championships in Winter Park, Colo., last month.

The son of Colby and Hollie Bryant, Boston won the Non-Championship Junior Men 11-12 Downhill event competing against 20 other bikers, including a couple of his teammates from the Outlaw Club, earning the revered Stars and Stripes jersey.

“Boston has been a biker at heart since he was old enough to know what a bike was,” said his father. “He learned to ride a bike at the age of 2 and hasn’t slowed down since. He started racing BMX at 5 and downhill mountain biking at 7.

“He has traveled all over North America racing and competing at the highest level,” Colby continued. “Downhill mountain biking is Boston’s favorite discipline, but he also competes in dual slalom racing and is incredible at freestyle tricks and BMX riding.

“Boston has an incredible work ethic and trains very hard, but most of all he has fun and enjoys cheering on friends and other riders,” his dad said.