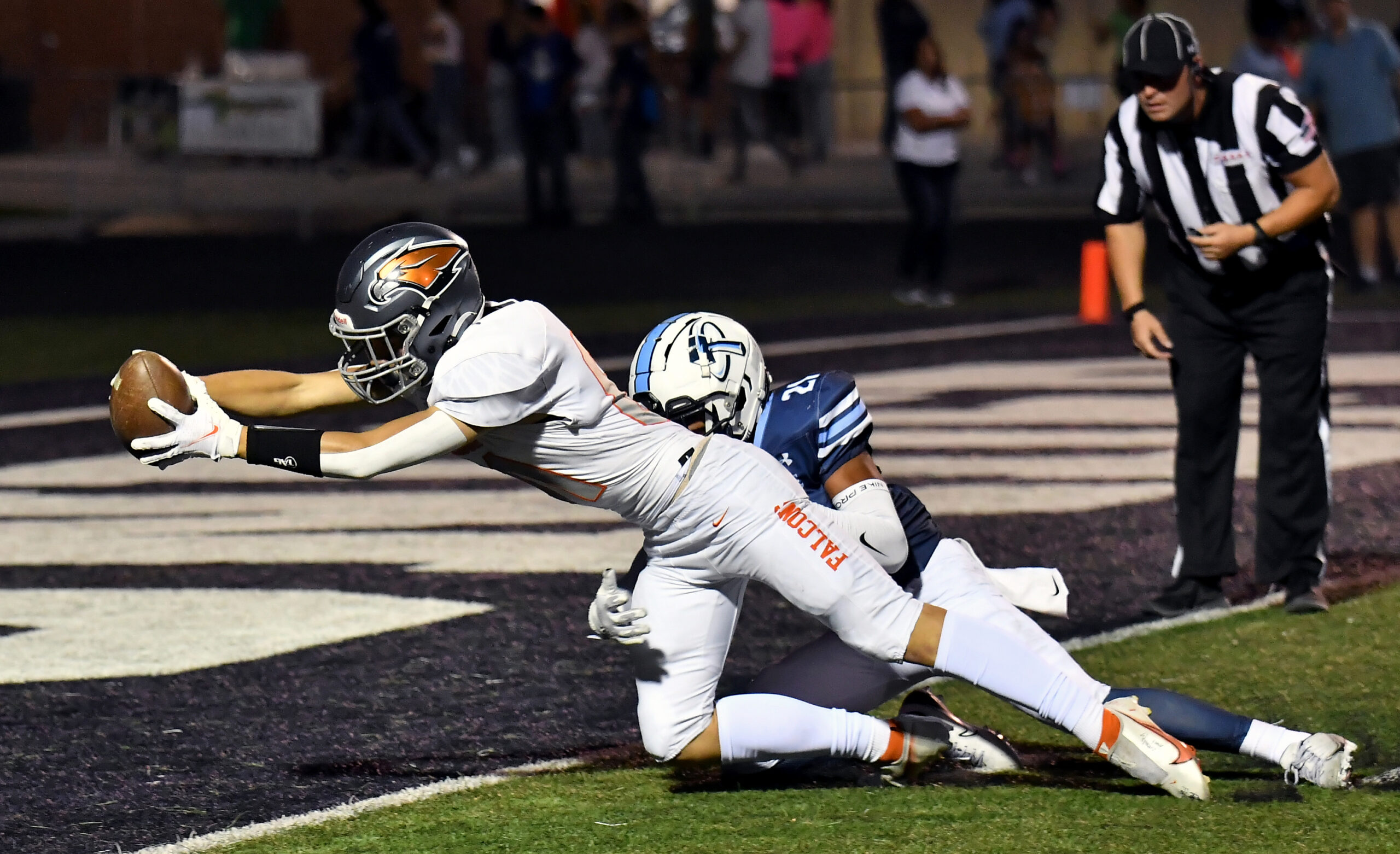 The Falcon defense continued its dominance by defeating the Thunder 44-2 on Sept. 17. Westlake’s only points were gifted to them by a bad snap that exited the end zone. The Skyridge offense was sluggish at times, but they gained their momentum and eventually overwhelmed the Thunder defense.

Junior quarterback McCae Hillstead factored into all six Falcon touchdowns by passing for three and running for three more scores.

Hillstead had 13 carries for 167 yards and was 22-for-33 (67%) for 282 yards passing with touchdown strikes to junior wide receiver Cannon Jensen, senior Jeter Fenton and junior Tate Walker.

Junior tight end Josh Davis said, “We’ve been struggling packing the ball and tonight, our plan was to come out and throw the ball the whole game. We did it really well.

“McCae was putting the ball in the right places and our receivers stepped up and made big plays. We came together as a team tonight and we had each other’s back. We did what we needed to do, and we came out on top.

“I feel really good about the game tonight. I caught the balls that were thrown to me and I was able to make some plays for my team,” he added.

Skyridge Coach Jon Lehman said, “This was a good, clean game. Our guys came out with a good sense of urgency and executed. I liked how physical we were up front. The guys on the perimeter just executed, caught the ball and turned two-yardgains in to seven-yard gains and did a lot of little things right.

“McCae was unbelievable both ways, running and throwing. In order to do those things well, he made some really good decisions and he saw the field clean and clear,” the coach added.

The stingy Falcon defense maintained their impressive statistics by not allowing any points for the fifth time this season. Senior defensive lineman Matt Taylor led the team with five tackles and junior outside linebacker Collin Sheffield had four for the night.

Snowden said, “Defense played well together tonight. The D-line made a lot of important stops that we needed to help the secondary out a lot. A lot of three and outs also helped us;watching film this week assisted with that.

“There was a lot of game plan this week and the sideline made the biggest difference tonight,” he added. “They were cheering, speaking names and bringing energy.”

The Falcon defense will be tested by the No. 1 Corner Canyon Chargers as they play in Draper on Friday (Sept. 24) at 7 p.m.