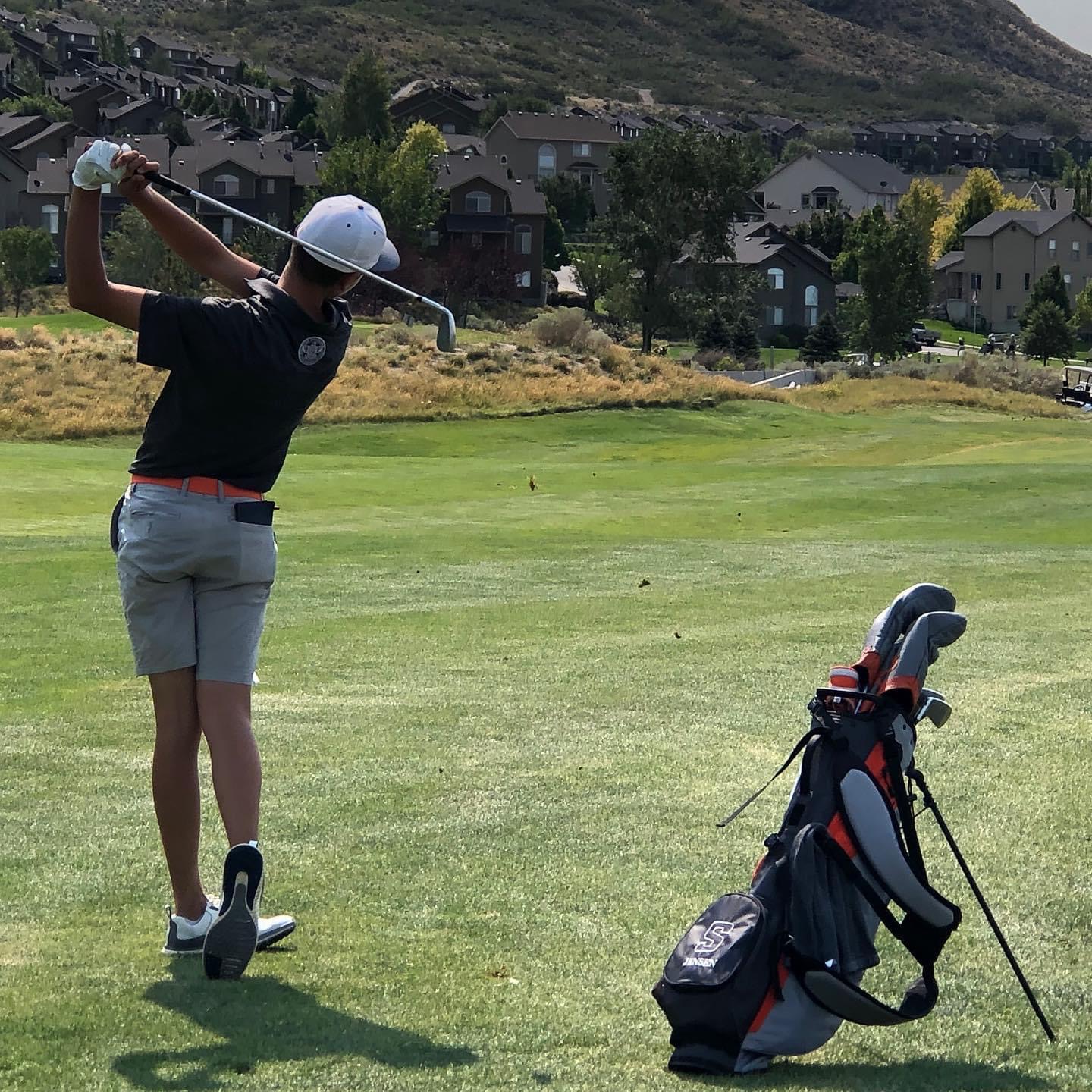 The Lehi High School boys golf team saw the advantages narrow but they still won three of the last four Region 8 tournaments and ran away with the conference title.

The Pioneers tallied a combined 301 strokes to top Alta at 308 and Orem at 319. KJ Ofahengaue led the way with a 1-under 71, followed by freshman Toa Ofahengaue at 72, Sean Ackley at 77 and Hunter Day at 81 to provide the combined team total.

Bryce Lewis was right behind them at 82 with Jax Oviatt and Tate Harward registering 85s to round out Lehi’s participants.

The Pioneers followed up the next day with a 308 to outdistance Timpanogos at 316 and Timpview at 317 on a tough course.

Toa led the way with a 75, followed by KJ and Oviatt with 77 apiece and Lewis at 79 to round out the counted scores. Ackley shot an 80, Helaman Ofahengaue tallied an 81, while Day and Dallin McKay came in at 87.

In their only loss in region play, the Pioneers had a 309 in placing second to Orem at 305. KJ shot a great round with a 69, but his teammates had uncharacteristically subpar outings.

Toa was next for Lehi at 79, followed by Oviatt at 80 and Ackley at 81 for the combined team scores. Lewis finished with 82, Day shot an 83 and Harward tallied 88 on the day.

Lehi punctuated their strong season with a 312 to come out victorious once again over Timpview at 321 and Alta at 325.

KJ had the lowest Lehi score of the day with a 75. The other counted scores were posted by Ackley at 78, Lewis at 79 and McGuire Madsen with an 80. Oviatt shot an 82, Helaman 83, Day 84 and Toa 85 to complete the Pioneer entries.

The strength of Lehi’s team is the consistency of their scoring up and down the lineup. In all tournaments, the Pioneers have turned in just two rounds in the 90s all season.

Three Pioneers placed in the top 10 medalist standings. KJ finished second, Toa came in a close fifth and Ackley earned eighth place. Oviatt, Day and Lewis all made the top 20.

The 5A state tournament is scheduled to be played at Spanish Oaks Golf Course in Spanish Fork on Oct. 4-5.