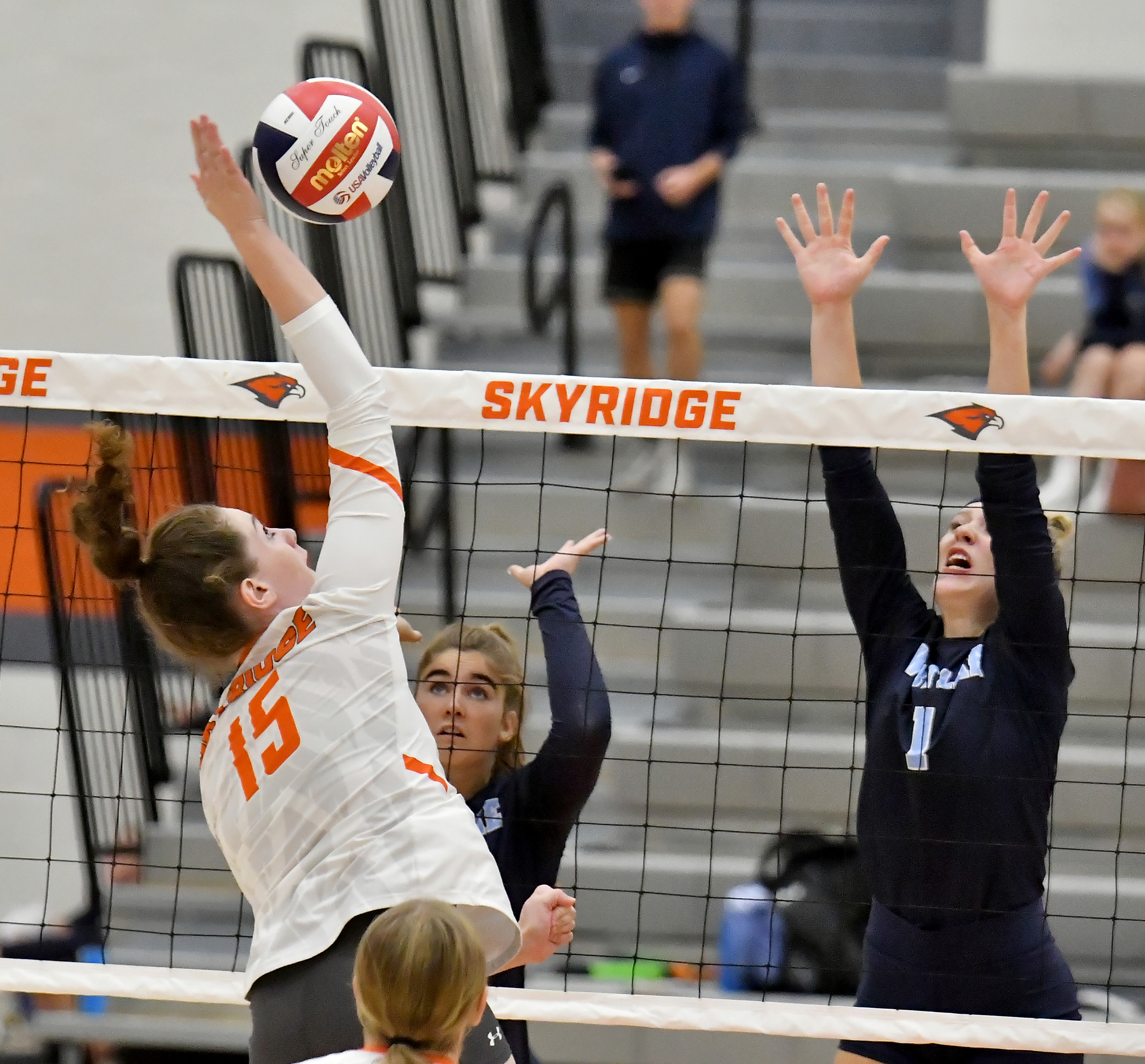 The Skyridge volleyball team earned a couple of victories in four matches the last two weeks after posting a 3-2 result at the Rocky Mountain Champions Classic Tournament Sept. 11-12.The Falcons beat Crimson Cliffs 3-0, Mountain Ridge 2-1 and Union 3-0 in that event.

The Falcons fought hard against the Knights and pushed the first two sets to extra time, but they fell by the narrowest of margins as Lone Peak prevailed 26-24, 27-25, 25-21.

Moore provided seven of those to go with four kills, a block and 13 assists. Grant had 11 kills, three aces and 11 serve-receives. Standifird contributed nine kills.