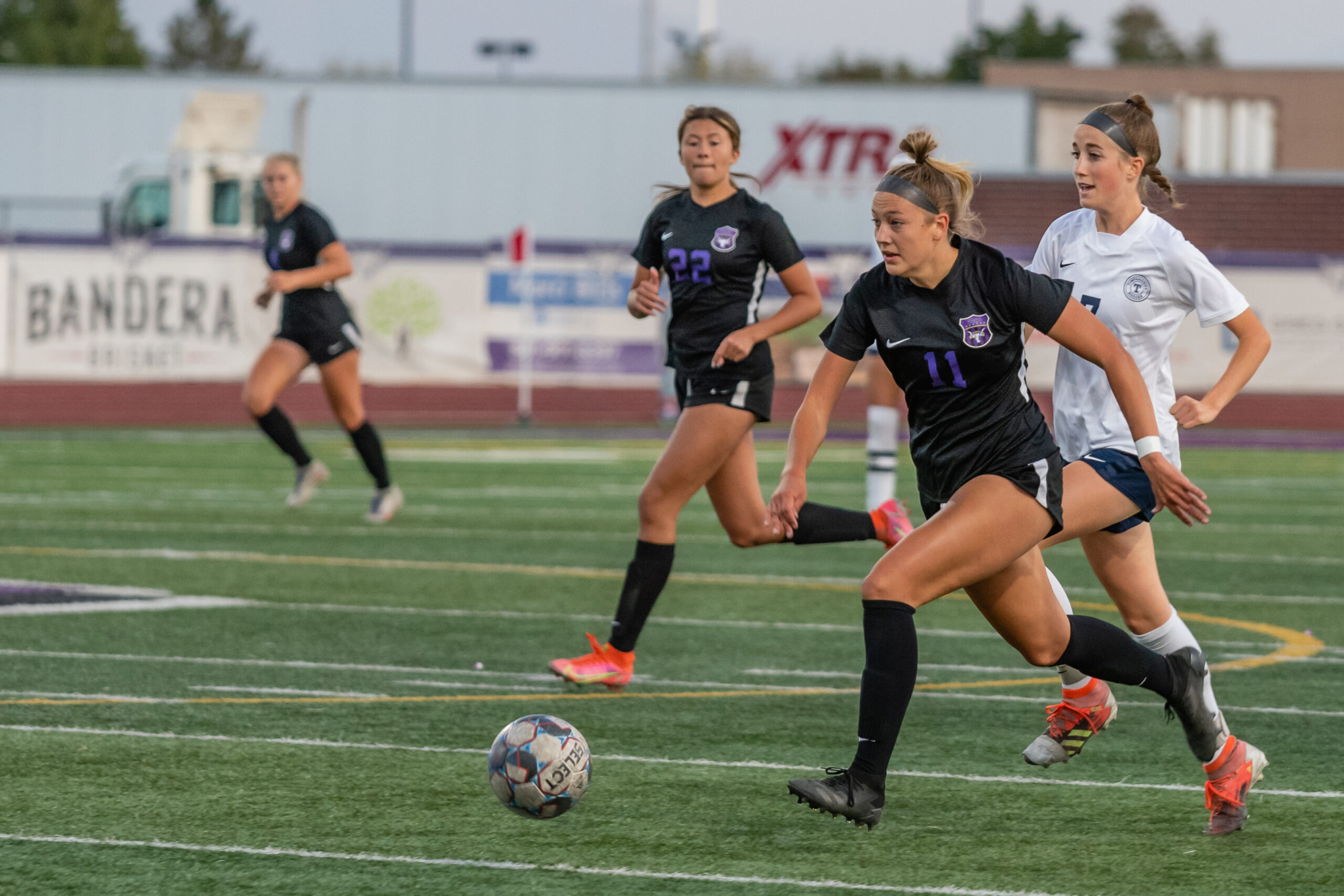 The Lehi High School girls soccer team positioned themselves to challenge Timpanogos for the Region 8 title with an emotional overtime victory, only to fall in the final two games to finish tied for second place with Alta.

However, the Pioneers did well enough to capture the sixth seed in the final RPI rankings, which gives them a bye until the second round of the 5A state tournament.

The Pioneers got a goal in each half to defeat the Bruins. Junior forwards Stephanie Roper and Sarah Ballard each scored and senior midfielder Ally Dahl assisted both of them. Junior goalkeeper Hayley Ogden earned her eighth shutout of the season.

Each team scored twice in the first half but the defenses stiffened after that and the squads played through to a second extra stanza before this thriller could be decided by a golden goal from senior midfielder Calista Wren halfway through the period.

Roper and Dahl provided the early scores. Ogden’s efforts were also notable as she had six saves in the contest. Roper also had an assist and senior defender Reagan Adair made one as well.

“It was an outstanding game,” said Lehi Coach Tim Graham. “Our girls fought incredibly hard and overcame adversity to seal a huge win for us.

“Defensively we were stout and did well,” the coach continued. “Our midfield was great. It was such a great way to celebrate our class of 2022 on senior night.”

The euphoria of that victory didn’t carry over to the next match as the Thunderbirds scored twice after the break to make the Pioneer stay at the top of the league standings a short one.

The letdown continued into the final game of the regular season as the Pioneers couldn’t muster any offense against the Hawks and gave up two goals in each period in the loss.