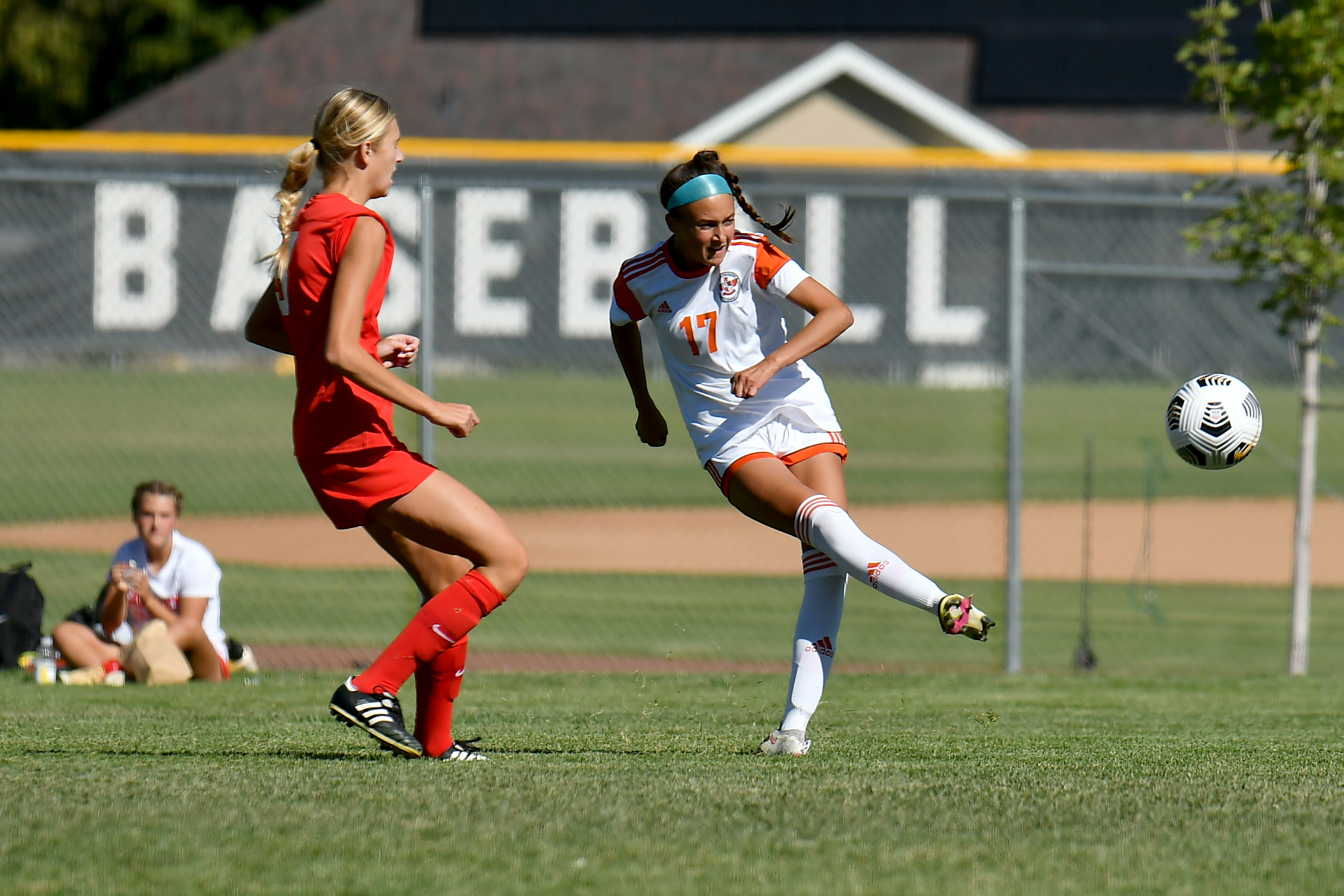 The Skyridge girls soccer team finished second in the Region 4 standings and at No. 5 in the final RPI rankings. As a result, the Falcons get a bye in the first round of the 6A state tournament, to be played on Oct. 7.

The Falcons surrendered a pair of goals in each half to the Cavemen and never found the target themselves after posting a thrilling victory at home over the same squad earlier in the season.

The Falcons earned a 2-0 advantage by the break and scored twice more in the second half, but they also yielded three goals to the visitors in the second period to make it a narrow victory.

Freshman forward Kalena Bellini hit the net twice to give her team a big boost. Junior midfielder Megan Hanson and senior forward Olivia Barlow tallied the other points for the home school.

The Falcons were blanked by the top-ranked Knights to finish out the regular season solidly in second place in Region 4, two games ahead of No. 4 Pleasant Grove and No. 11 Corner Canyon, who tied for third.