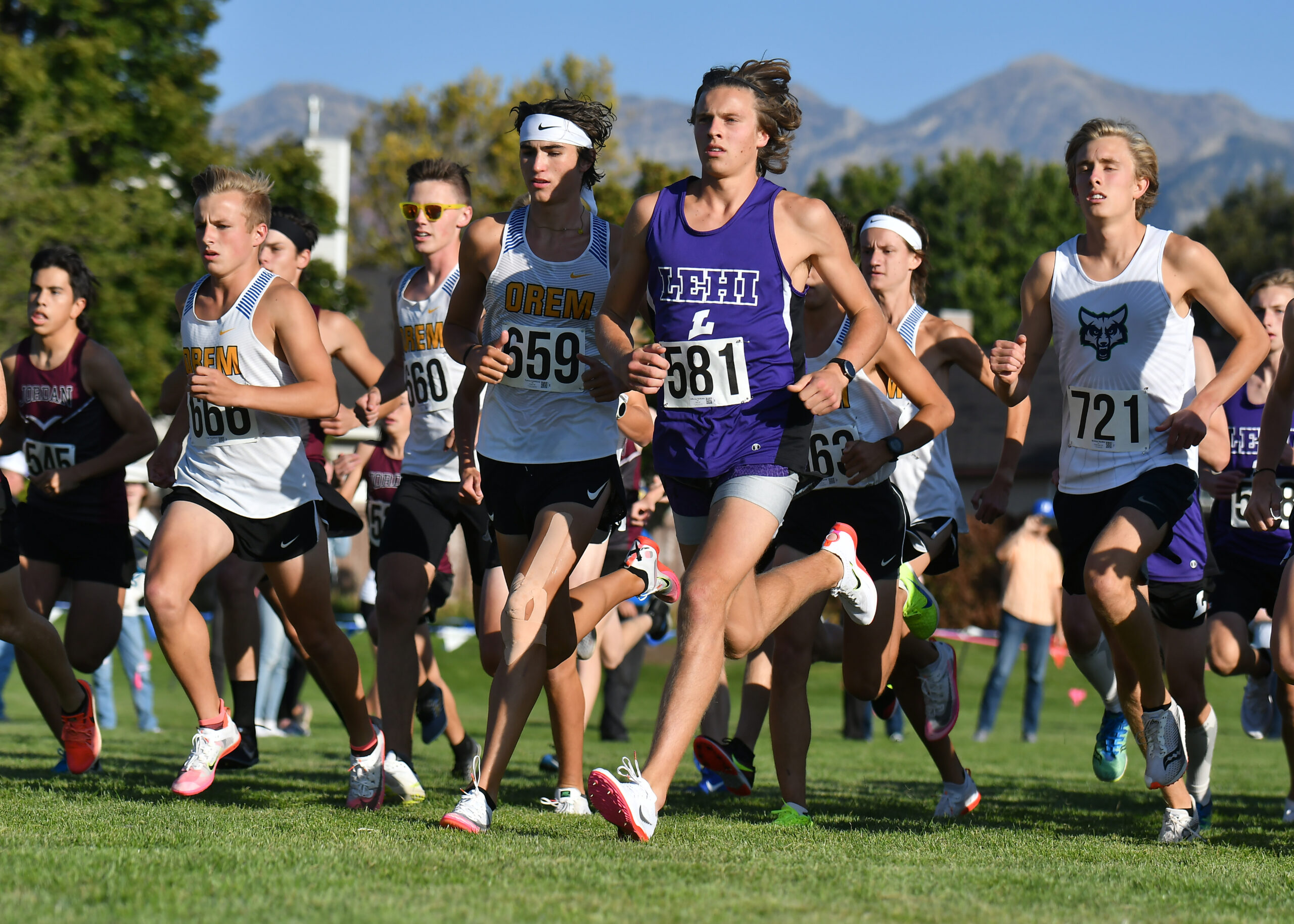 Pioneer senior Jefferson McMullin captured the Region 8 medalist honors with a time of 15:21.0 at the league cross-country championships Oct. 1 at the Orem Community Park, besting the second-place finisher by more than 13 seconds.

The Pioneers finished fourth overall in the boys event, while the girls team came in fifth. Their effort was led by junior Graysen Lanenga, who ranked 19th with a 20:15.3.

In the boys race, the Bruins easily took the top spot with 42 points, followed by Orem with 68 points, Timpanogos with 70 points and the Pioneers not far behind at 79 points.

Lehi had another medalist in senior Tyler Martin, who finished 10th with a 16:22.0. The other scoring runners included junior Easton Allred at No. 17, junior Caden Barlow at No. 20 and junior Ruel Shelley at No. 31. Sophomore Benson Quist and junior Owen Amakasu also competed for the Pioneers.

The 5A/6A Divisional meet is scheduled for Oct. 12 at Lakeside Park in Orem beginning at noon. The state cross country championships are set for Oct. 27 at Rose Park in Salt Lake Citybeginning at 1 p.m.