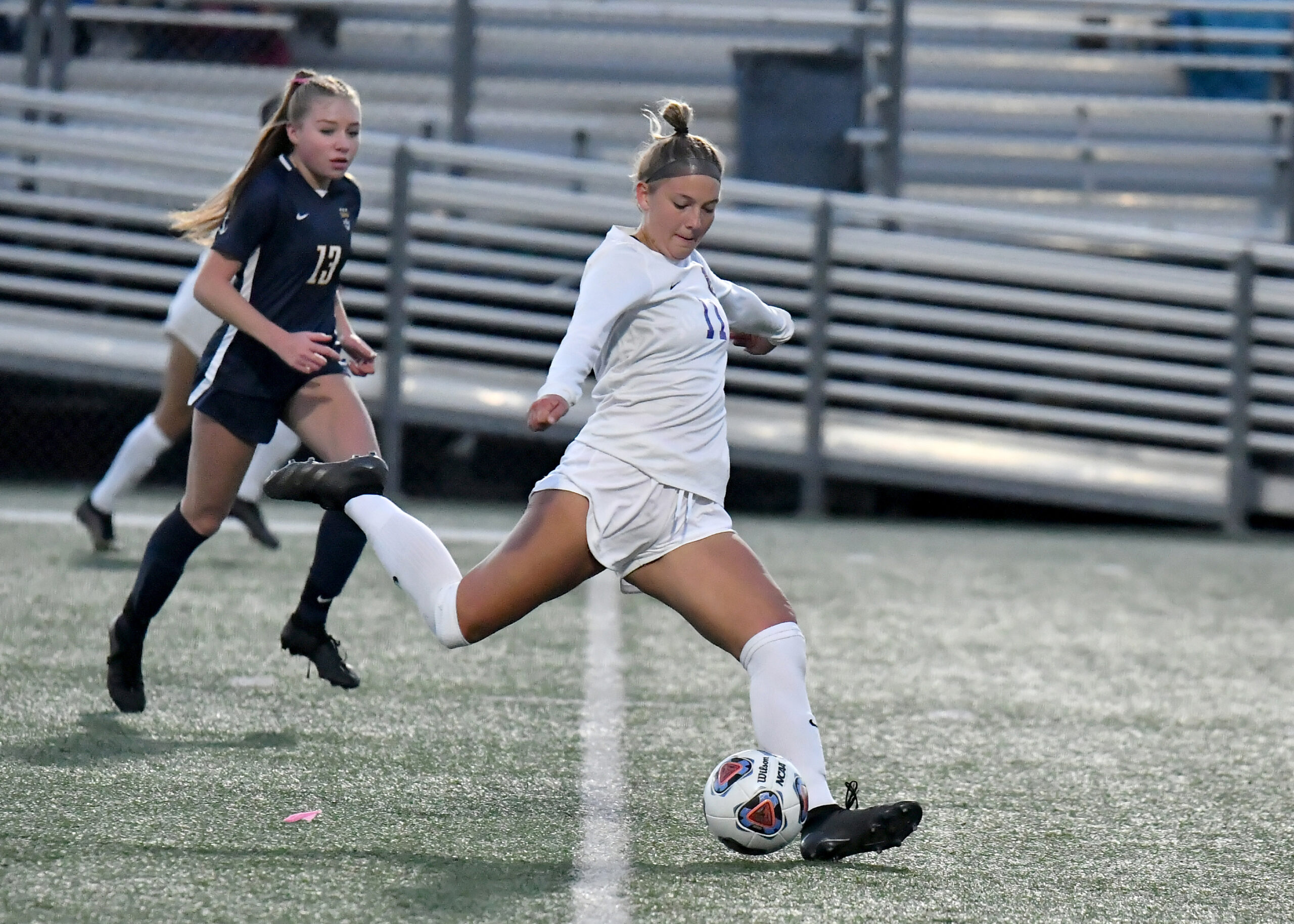 The Lehi High School girls soccer team scored the winning goal in the final seconds of the first overtime period to earn a dramatic 2-1 win over Bonneville on Tuesday (Oct. 19) and thus qualify to play in the 5A championship on Friday (Oct. 22) at Rio Tinto Stadium in Sandy.

In Tuesday’s semifinal match at Juan Diego High School, the teams dueled for 60 minutes before either side could break the deadlock.

In Minute 61, senior defender Reagan Adair served the ball to senior midfielder Calista Wren, who sent what Lehi Coach Tim Graham called “a 32-yard screamer” over the Bonneville keeper’s head to get the Pioneers on the board.

However, as often happens in high-level games, the Lakers answered quickly with a goal of their own three minutes later.

After that, the back-and-forth battle resumed for the remainder of regulation and through the first overtime … that is, until the final 12 seconds.

At that point, junior forward Sarah Ballard heaved the ball in from the sideline. Two Bonneville defenders attempted to head it out of the danger zone, but Wren was able to collect it, and as the announcer voiced two seconds in the countdown, she took a hit from 30 yards out.

The goalie got her hands on it but wasn’t able to catch it and the ball spun away from her and into the back corner of the neat as the clock expired, unleashing a wild celebration by the Lehi faithful.

“It was crazy,” Graham said. “Sarah normally doesn’t throw the ball in but saw we had 12 seconds left on the clock and hurried it up and made a very smart decision.”

He continued, “Bonneville did a great job taking away ourmidfield. We had to make an adjustment at half to play ugly soccer, which eliminated their midfield press. It worked.”

Graham said there was no special secret to the victory, “just a group of hardworking girls with a never-give-up attitude.”

It also didn’t hurt that junior Hayley Ogden was between the pipes. She had six saves total, including two huge ones in the initial period. “Her play kept it a 0-0 game in the first half,” the coach said.

The Pioneers could already be called a Cinderella team, having beaten two higher seeds in a row to reach the title match, but now comes the biggest challenge of all. “Skyline is a very good team and we will need to be ready for a big-time battle,” Graham concluded.