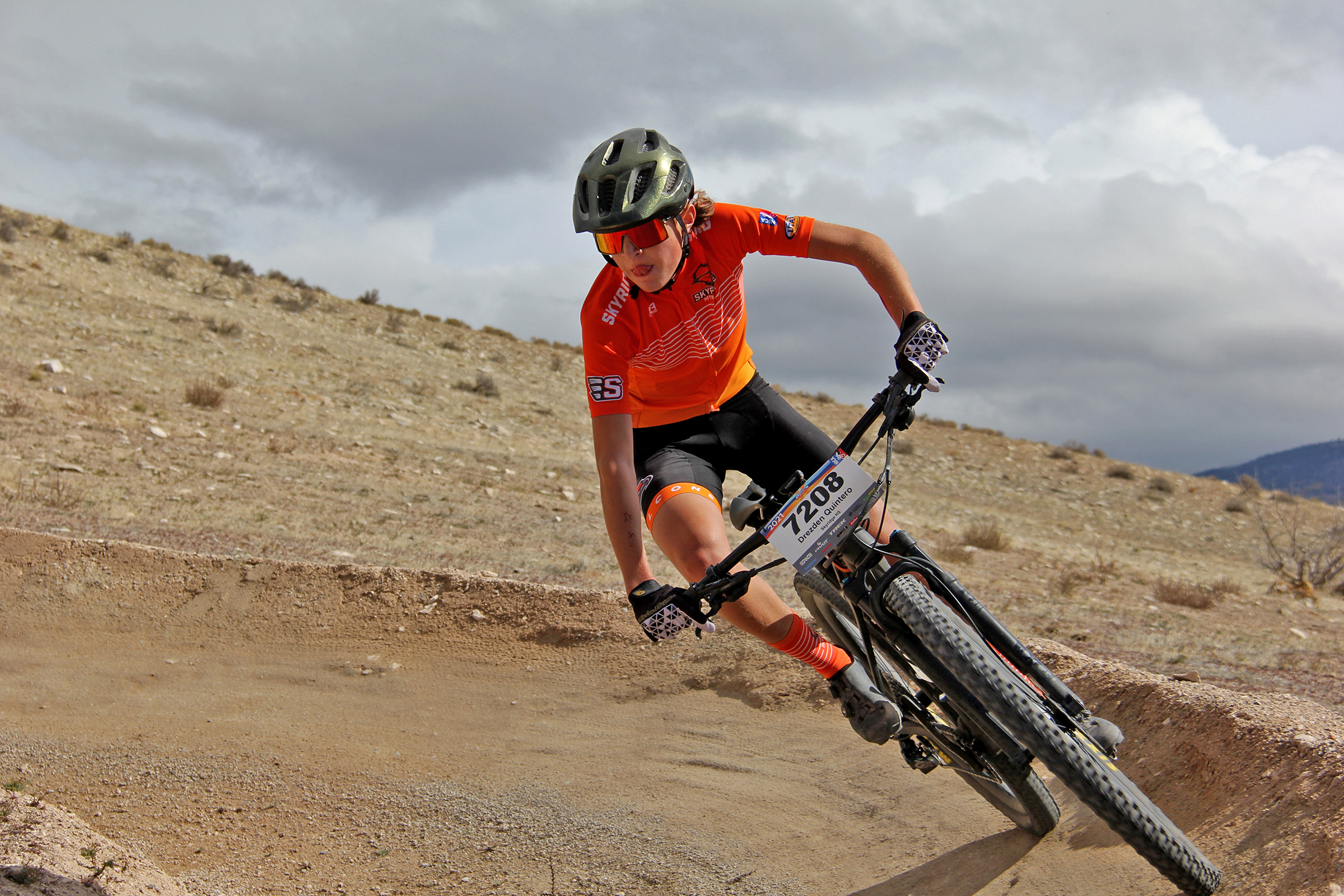 The Falcons had finished second in previous years to American Fork, but bested them in each of the four regular-season races this season. Skyridge tallied 18455 cumulative points and the Cavemen ended up with 18348. The South Region included 951 riders this season in all high school categories.

This was the first year for the Pioneers in Division 1, as they had previously competed in Division 2. Third place with 17961 points was a very satisfactory result for them after moving up.

Riders are divided into competition groups based on grade and skill level. Here are the top finishers for each school by category. When not specified otherwise, all divisions are combined. The narrow point spreads show how close the competition has been this season.

JV B Boys D1: Matt Bott (SHS) is second, one point behind the leader; Kiezek Larsen (LHS) is sixth.

JVC Boys D1: Gavyn Smith (LHS) is tied for first, ahead of Wyatt Taft (SHS) in third by two points.

SLR Boys: Jacob Starley (SHS) is the leader by a single point; Lehi had no entrants in this category.

The state competition takes place this weekend, Oct. 22 and 23, in St. George. All seniors, varsity and JV A riders participate. In other categories, the top 25 overall placers in each category ofthe four Utah regions advance to the state races