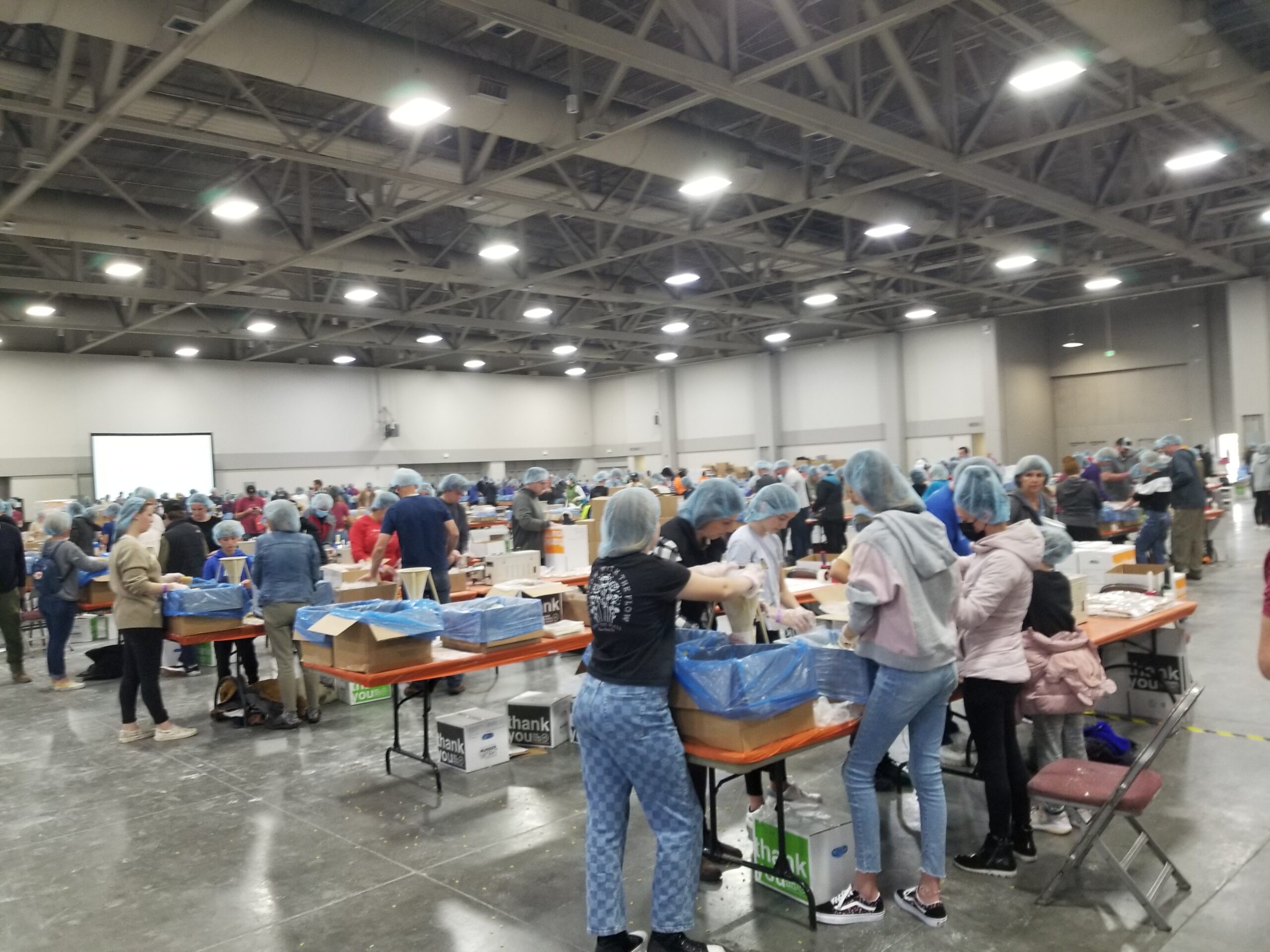 The annual Silicon Slopes Summit hosted the Million Meals Project during the week-long tech conference at the Salt Palace during the second week of October. Lehi residents joined other Utah families to package 250,000 meals for four of mac and cheese in a massive service project that came together in just a few weeks thanks to one Lehi couple.

“Normally we have six months-notice, and we can market it better. We didn’t know if they would even be able to have the Summit or if it would be remote until July. With COVID we didn’t know if we could do a meal project and get everyone in the same room until a month ago,” said Mark Johnston. He and his wife, Lynne, facilitate JustServe projects in North Utah County. JustServe is a website, www.justserve.org, that matches community service projects with people who want to serve.

“It’s not just for The Church of Jesus Christ of Latter-day Saints. It’s something for communities all over the country,” explainedMark.

The Johnstons looked at the last Silicon Slopes Summit Million Meals project in 2020 to organize the 2021 version, tweaking things to comply with COVID-19 restrictions. They used their JustServe connections to get the word out and tech company Brainstorm notified 2020 participants of the service project by email, too.

“Table after table had little kids working hard. They were coming up with more efficient ways of getting the macaroni packaged,” said Lynne.

“We were there for two days and at the end of the second day we talked to a woman who was there with all her kids. One of her daughters came on the first day with a youth group and insisted they come back as a family. It’s cool how exciting it was for the kids,” added Mark.

Volunteers checked in at the Salt Palace and watched a three-minute video to learn how to assemble packages of mac and cheese and box them for delivery to the Utah Food Bank, then donned hair covers and gloves and got to work. “I can’t believe we did that for an hour – it went by so fast,” said one child who measured one and a half cups of dry macaroni noodles and poured them into bags.

“The effect these service projects have is amazing, especially for children,” said Lynne. “There’s a research study that showed that serving friends and family helps children make connections with the person they are serving. When children serve strangers, though, it gives that child confidence in themselves.”

“The Utah Food Bank was very happy to get these meals. This year the food is just for Utah, and they’ll use all of that in just three or four months,” said Mark. The Million Meals project last week packaged 850,000 meals. In 2020, they packed 1,350,000 meals, but the Johnstons were impressed with 2021 numbers despite all the obstacles.

“I think it’s cool that these companies are so service-minded and they put up a lot of money to purchase all those services,” said Mark Johnston.

Most in Lehi to celebrate Halloween on Saturday