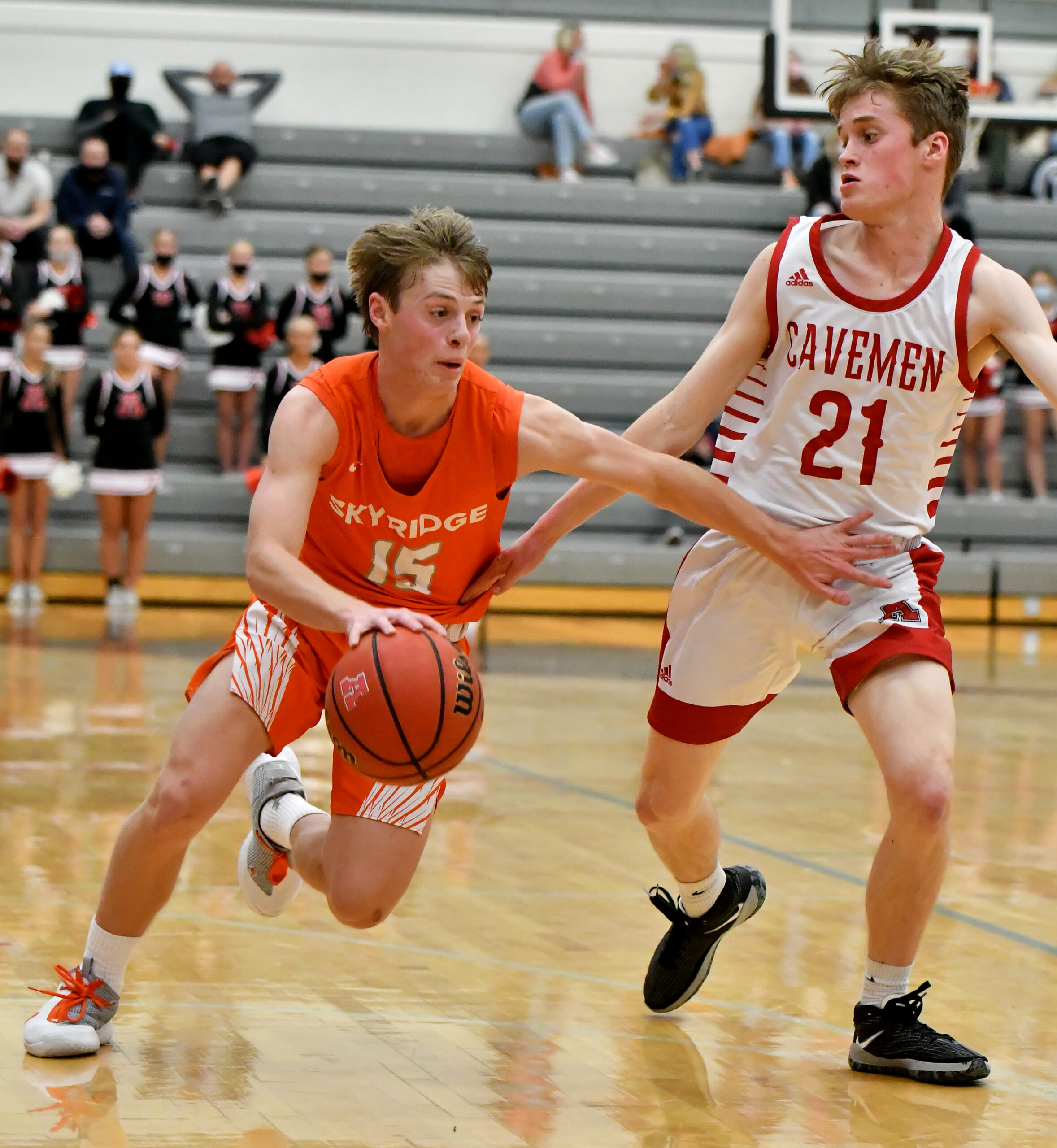 The Skyridge boys basketball team graduated eight seniors last year but still returns a solid corps of good players to fuel their hopes of success this season. The Falcons reached the quarterfinals in the tournament before a three-point loss to another Region 4 team.

Skyridge will open the new campaign on the road at Salem Hills on Nov. 30. They are hosting the Falcon Classic on Dec. 9-11 and will travel to Tempe, Ariz. To play in the Cactus Jam Dec. 27-30. League games will be played from Jan. 7 to Feb. 18.

“Obviously we’re excited about playing in two tournaments in the preseason,” said Coach Jeff Gardner. “We have a good field of teams coming to our event. We’re excited to go to Tempe for our first time out of state.

“We have a competitive quality non-region schedule from top to bottom,” the coach continued. “This will help us get ready for region by testing us and giving us opportunities to grow.”

The team will be built around two returning starters, senior guard Nick Holland and senior forward Colby Carter. “They were very productive for us,” Gardner said. “Nick was honorable mention All-State last year and played off the bench as a sophomore.

“Colby can score and rebound and he will help the other players with his experience,” the coach said. “Nick as the point guard leading our team is a willing passer and can also score. He’s agood, well-rounded player.

“Senior forward Bryson Bailey was the first man off the bench last year,” Gardner said. “He’s a versatile kid who can play inside and out and has a good feel for the game. We expect him to be a big contributor this year.”

Two other senior guards who have come up through the program are also expected to play important roles this year: Kenyon Snoddy and Tate Mansfield. “Kenyon is a smart kid and a good shooter,” the coach said. “Tate is a good athlete and a physical,strong kid.”

There are a few others in the program who will be competing for minutes as well.

Region 4 stayed the same after the last realignment and teams from this league claimed five of the top six spots in the RPI rankings at the end of last season. There’s no reason to expect that this year will be any different.

“In our region, all six teams will fight day in and day out,” Gardner said. “These programs are competitive all the time. These are quality schools and coaches year in and year out.”

He thinks the 6A state race is wide open. “Statewide there’s more teams capable of competing for a championship,” he said. “There are 11 or 12 teams that realistically could make a run deep in the tournament.

“Davis has a lot back from their championship team and they’ll be the early favorite, but there are a number of teams that could potentially make a run,” the coach added.

He said everyone in his program is looking forward to the season. “It will be fun to have kids back in the arenas with the region rivalries and have that experience again,” Gardner concluded.