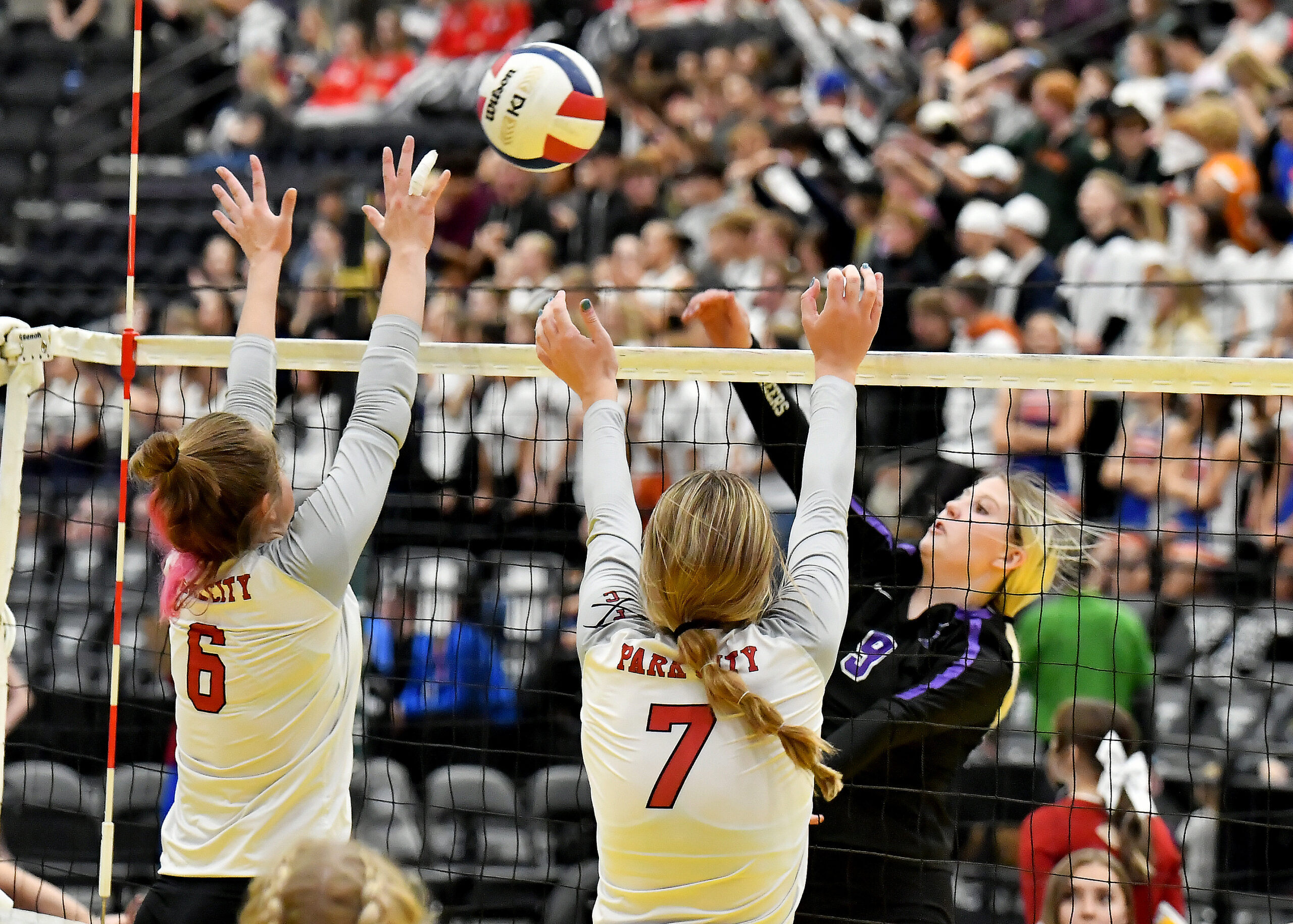 The Lehi High School volleyball team lost in the second round of the 5A state volleyball tournament but went on to win their final three matches to take sixth place. The Pioneers ended the season with a 21-10 record.

Statistical information for this match and the other tournament contests was unavailable at press time.

In the lively back-and-forth first set, the margin was just one or two points until scoring reached 15. After that, Lehi gradually pulled away behind two service aces and a final kill from senior outside hitter Avery Shewell.

The Miners led by as many as five points in the early going of the second game, but the inspired play of Shewell, senior middle blocker Divine-Faith Faleao and senior opposite Amelia Gibson allowed the Pioneers to prevail.

In the third set, the teams battled even most of the way. Lehi had its biggest lead at 22-18 but had a tough time scoring after that, and Park City was able to overtake the Pioneers to secure the win.

No team could seem to get the upper hand in the fourth game. After every point or two, the opponent would come back to tie the score, and this continued most of the way. A Faleao killfinally secured the set and the match for Lehi.

“We were a little more focused in this match than in the first one,” said Pioneer volleyball coach Kolton Rader. “We played cleaner volleyball and made less mistakes.

“We passed well and showed a little extra energy and motivation,” he continued. “Obviously this is not where we wanted to be, but we want to keep going.” They did just that.

The Pioneers finished their playoff run with a four-game victory over #8 Brighton in the placement match, 25-15, 24-26, 25-14, 25-18. The tight second game went to the Bengals but Lehi won each of the other sets comfortably