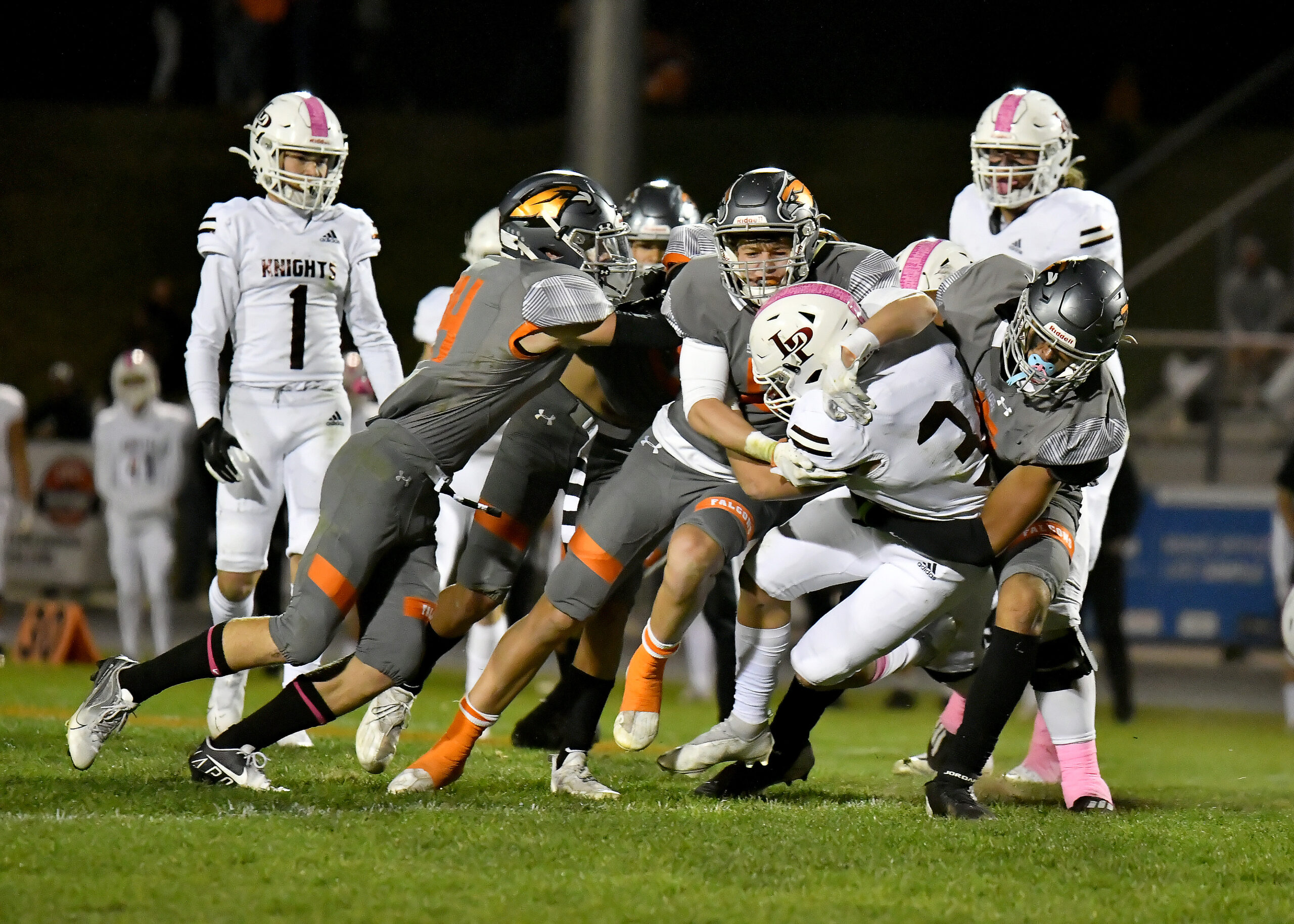 The #3 Falcons and #2 Lone Peak battled through a defensive stalemate for nearly 34 minutes in the 6A semifinal Friday night (Nov. 12) at the University of Utah’s Rice-Eccles Stadium.

But with 2:03 left in the third quarter, the Knights finally broke the scoreless deadlock with a 44-yard field goal and went on to add points during each of their next three possessions to turn a drum-tight contest into an easy-looking 20-0 victory.

However, once they scored, the Knights were able to add a touchdown, a field goal and another touchdown to complete the tally for the designated home team.

On the other side of the ball, the Falcons had only one sustained drive in the entire contest – and that one ended in an interception, the first of three that made their jobs more difficult.

Skyridge suffered its first shutout in six years of football at a most inopportune time.

Once they got the lead, the Lone Peak defense became even more relentless in their pursuit. They held the Falcons to just 63 yards on the ground and 147 through the air. The Knights tallied 152 yards rushing and 278 yards receiving, much of it coming in the later stages of the game.

The Skyridge defense has been good all year and they held up for a long time in this taut affair, but eventually they just got worn down.

The earlier game between these two teams was also a tight one in which the Falcons prevailed 14-9.