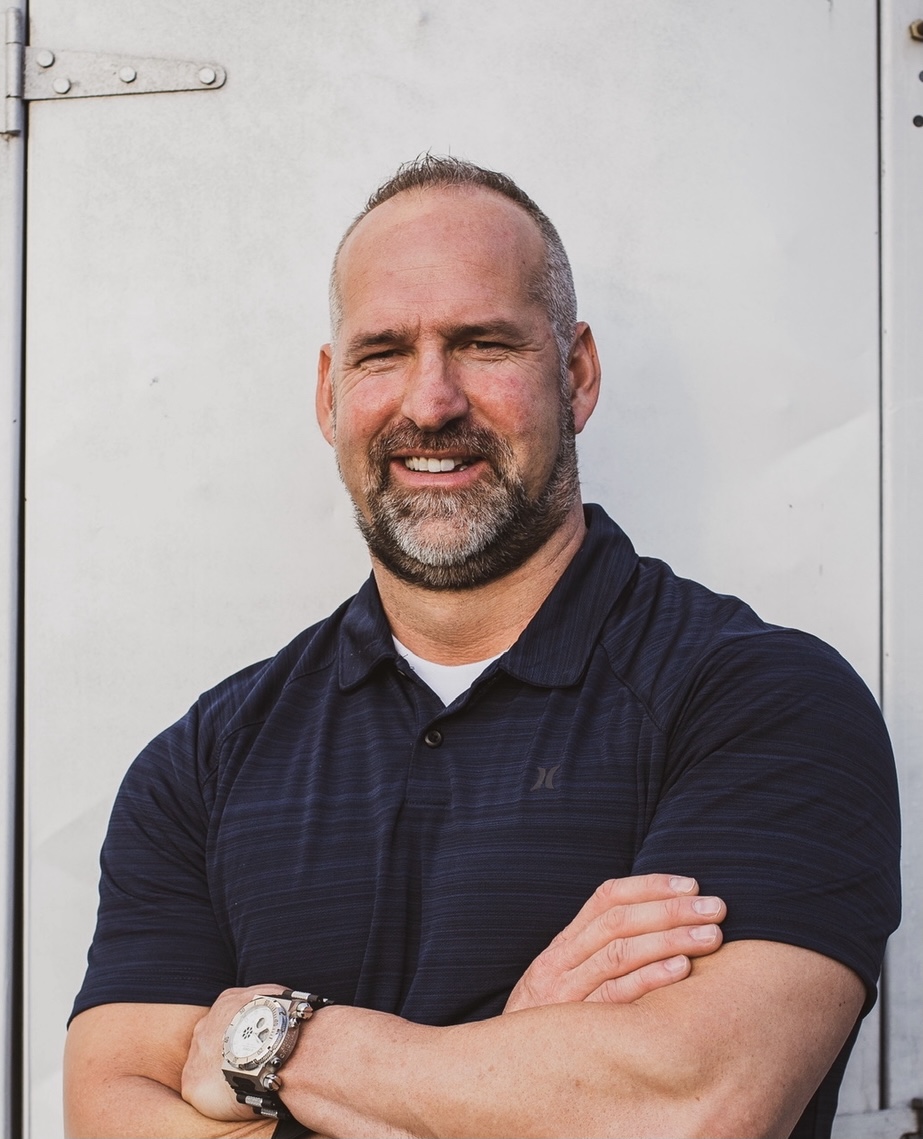 Members of the Lehi basketball community were shocked and saddened to learn of the sudden death of Tyler Hawkins, 45, father of three current or former players on the Lehi High School boys basketball team. He passed away in his sleep on Friday night, Nov. 26, of unknown causes.

He is survived by his wife Kim and four sons: Kayden (23), Tyson (18), Braxton (16) and Easton (14). The Hawkins couple were serving as lead booster parents for the program this season.

Tyson was the starting point guard on Lehi’s 2021 state championship team and graduated in May. He’s currently a member of the Zions Bank Real Academy Post-Graduate Team. Braxton, a junior, and Easton, a freshman, are members of this season’s Lehi varsity team.

“This is a super tough loss for the family and the community,” said Lehi Head Coach Quincy Lewis. “I’ve had a number of people reach out to me in the last few days and so many have a high opinion of Tyler as a person.

“The Hawkins are a great family, and you just feel for them,” he said. “As a team and a program, we will certainly rally around their family as best we can. The teammates immediately reached out to the family on Saturday as a group and will continue to show their love and support.”

Tyler was the founder and president of Xavier Paint Contracting, Inc. According to the company’s website, it was founded in 1998 and has expanded now to a 10-vehicle fleet. Kayden worked with his father in this business.

Tyler was also a well-known and respected coach on the Super League circuit and helped develop many players who have gone on to successful careers in high school and beyond. Alumni of his teams include Trevon (graduated 2020) and Kenyon Snoddyof the Skyridge High School program. Their father, Bill Snoddy, said, “This guy was amazing. Even when he was no longer coaching my sons, he would continue to check on them and even came to their games, cheering as loud as anyone.”

The Snoddys also live in the same neighborhood as the Hawkins family. “He would do anything for anyone at any time,especially the kids. He loved anyone he coached,” Snoddy said.

“He’s also an amazing father. There’s parent love and then there’s Tyler; he was really something special. He set an example for me of how I want to be as a parent,” he added.

Matt Brousseau is the father of the only returning Pioneer starterfrom last year, Grayson. Tyler coached his older son Jackson, a junior who was on the basketball team last year and is the quarterback for the football team that just won the state title.

“He was the life of the party everywhere he went,” Matt Brousseau said. “He was a one-of-a-kind guy, comfortable to talk to and easy to be around. He was a calming presence and an all-around good guy, a truly great mentor and coach.

“He was also a great example of how to be a good man, father and husband,” Brousseau continued. “I always thought I wished I could be more like him. His wife and kids idolized him. He would do videos with his boys, and they had so much fun together.

“He had a really good sense of humor and was a good man to be around,” Brousseau concluded.

Tyler was a member of the Church of Jesus Christ of Latter-day Saints. A fellow ward member and neighbor, Donna Barnes, said, “He was devoted to his family and much-loved in his ward.

“He lived and breathed basketball,” she added. “He was the consummate father and coached his boys in basketball, but it was not just his own sons. He influenced a large group of young men in very positive ways.”

Tyler was a native of Raymond, Alberta, Canada.