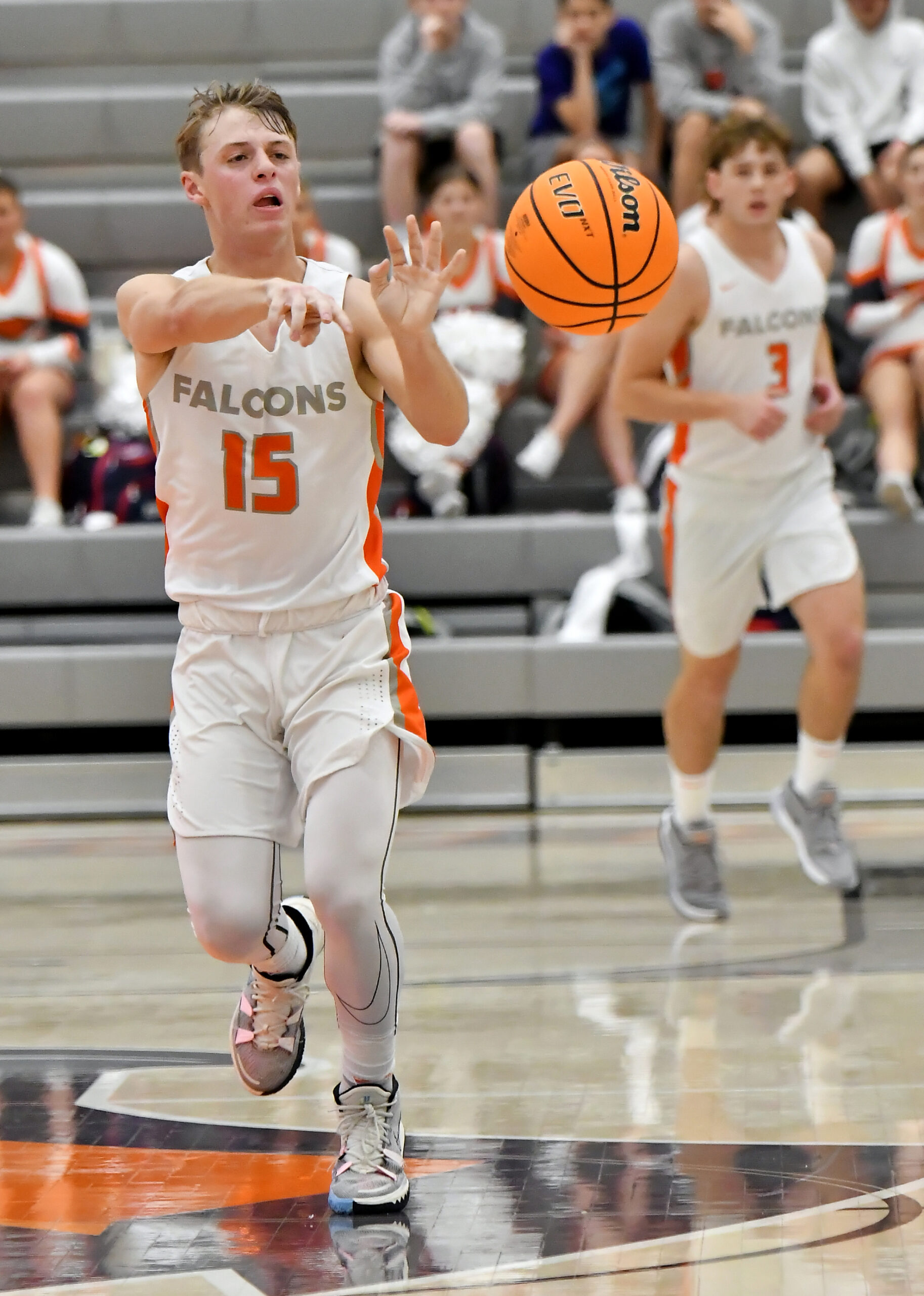 The Falcon boys basketball team got the season off to a promising start with three consecutive wins.

The Falcons outscored the Skyhawks in the first quarter 14-9, and that slim margin was just enough to hold up to the end as the teams battled through the rest of the contest.

The Falcons soared to a 75-52 victory as they outclassed the Beetdiggers inside and out in this contest.

Holland scored 17 points with six assists and Carter finished with 11 points, four boards, four assists and a block. Junior forward Josh Davis showed a physical presence both offensively and defensively as he out-muscled the Jordan opponents for rebounds and putbacks.

Bailey’s defensive presence overwhelmed the Beetdiggeroffense as he contributed 13 points, five rebounds and a block. Junior guard Collin Sheffield played aggressively and handled the ball well throughout the game.

Skyridge Head Coach Jeff Gardner said, “This team is fun to coach because they like each other. They are really good and positive kids. The best thing about coaching this Falcon team is their chemistry. They play so well together.

“It is early in the season and this year we have some football athletes that have joined the team late, so we are still meshing together,” he continued. “However, I am pleased with their attitudes and how hard they have worked to be ready to go.

“The outlook is good; we have a tough schedule and a good region,” Gardner said. “The best thing with this group is they are going to keep working to get better.”

The Falcons dictated the quick pace of the game and held the Beetdiggers to five points in the third quarter, which was the key stretch in the outcome.

“I loved the way we played in the third quarter,” the coach said. “We held them to five points and defensively, we really locked in and did a good job. Josh Davis really worked the ball tonight and Kenyon Snoddy hit some big three pointers to start us off early.”

This was a close contest from start to finish, but a 31-26 scoring edge in the second half allowed the Falcons to come out on top.

Holland finished with 27 points, including 12 free throws. He also had six assists and a steal. Carter registered a double-double of 16 points and 14 rebounds, while Bailey added 10 points and four rebounds.

Skyridge will host Wasatch at 6:30 p.m. Thursday (Dec. 9) in the first round of the Falcon Classic. The Falcons will continue play on Friday and Saturday, with the times to be determined by the results of the previous game.