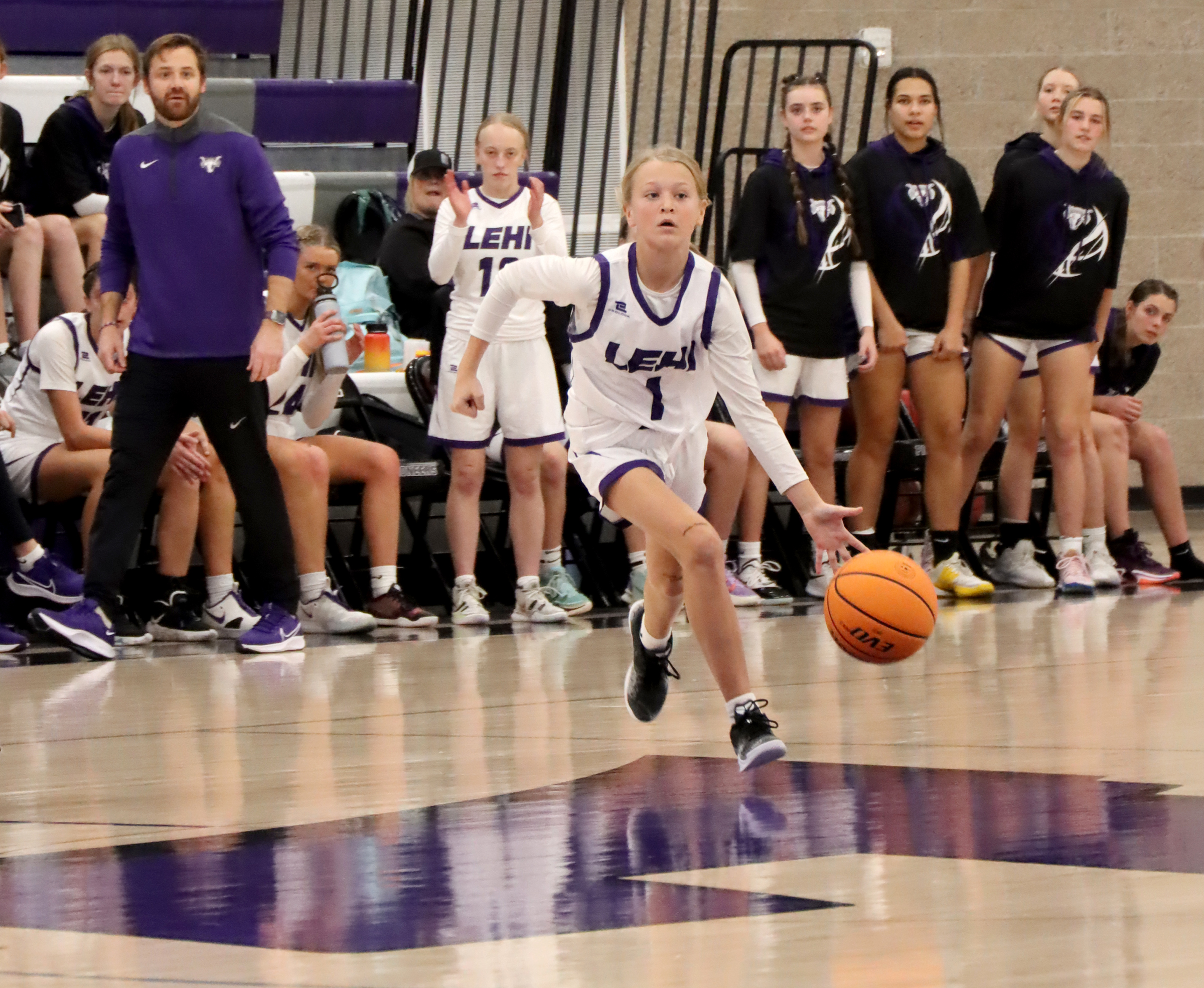 The Lehi girls basketball team overwhelmed Northridge and prevailed in a lively contest at Real Salt Lake Academy to get the season off to a strong start.

The Pioneers scored 14 unanswered points to start the season opener against the Knights at home and never let up in a dominant performance.

Lehi senior wing Maci Wall won the tip and senior wing Jamisyn Heaton made it count by curling in underneath for the first basket. Northridge threw the ball out of bounds on the first possession, and Heaton subsequently found senior guard Brooklyn Wiltbank for the next score.

A Wiltbank steal led to the next Heaton layup, and then Wall made a steal and fed Wiltbank for the fast-break deuce.

Sophomore guard Sammi Love made a defensive rebound and sent it forward for another quick bucket, then Heaton and Love both scored before the visitors finally got on the board at the 3:22 mark of the first quarter.

The Pioneers ended the period up 21-5 and had a 40-16 advantage at the break. The margin had swelled to 58-22 by the end of the third quarter and Lehi Coach Sean Seastrand emptied his bench to play out the rest of the contest.

Heaton led all scorers with 18 points and also had five rebounds, four assists and three steals. Wall contributed 16 points including a pair of treys to go with five boards and five steals.

“What an unbelievable start to our season,” said Seastrand. “Ithink we got six straight layups to start. Our defense was really sharp the whole game and got us easy shots.

“The girls have worked really hard ever since last season ended,” the coach continued. “It’s nice to see them rewarded for that. A lot of our baskets tonight were assisted so we shared the ball well.”

Seastrand knows he has the luxury of a deep roster to work with. “We have eight girls who are good enough to start,” he said. “The team is well balanced top to bottom. This will allow us to be real aggressive defensively and keep fresh legs on the floor.”

The Pioneers encountered a bit more resistance on the road against the Griffins and trailed 9-14 at the end of the first quarter, but they outscored the hosts 17-8 in the second period and held a 26-22 advantage at the break.

The teams dueled even through the low-scoring third quarter, but Lehi netted 18 points in the fourth to pull away for the victory.

Heaton again led the effort with 24 points including three triples and was perfect at the line. She registered a double-double with 10 rebounds and also had six assists and three steals.

The Pioneers will host Maple Mountain tonight (Dec. 3) with a varsity game time of 7 p.m.