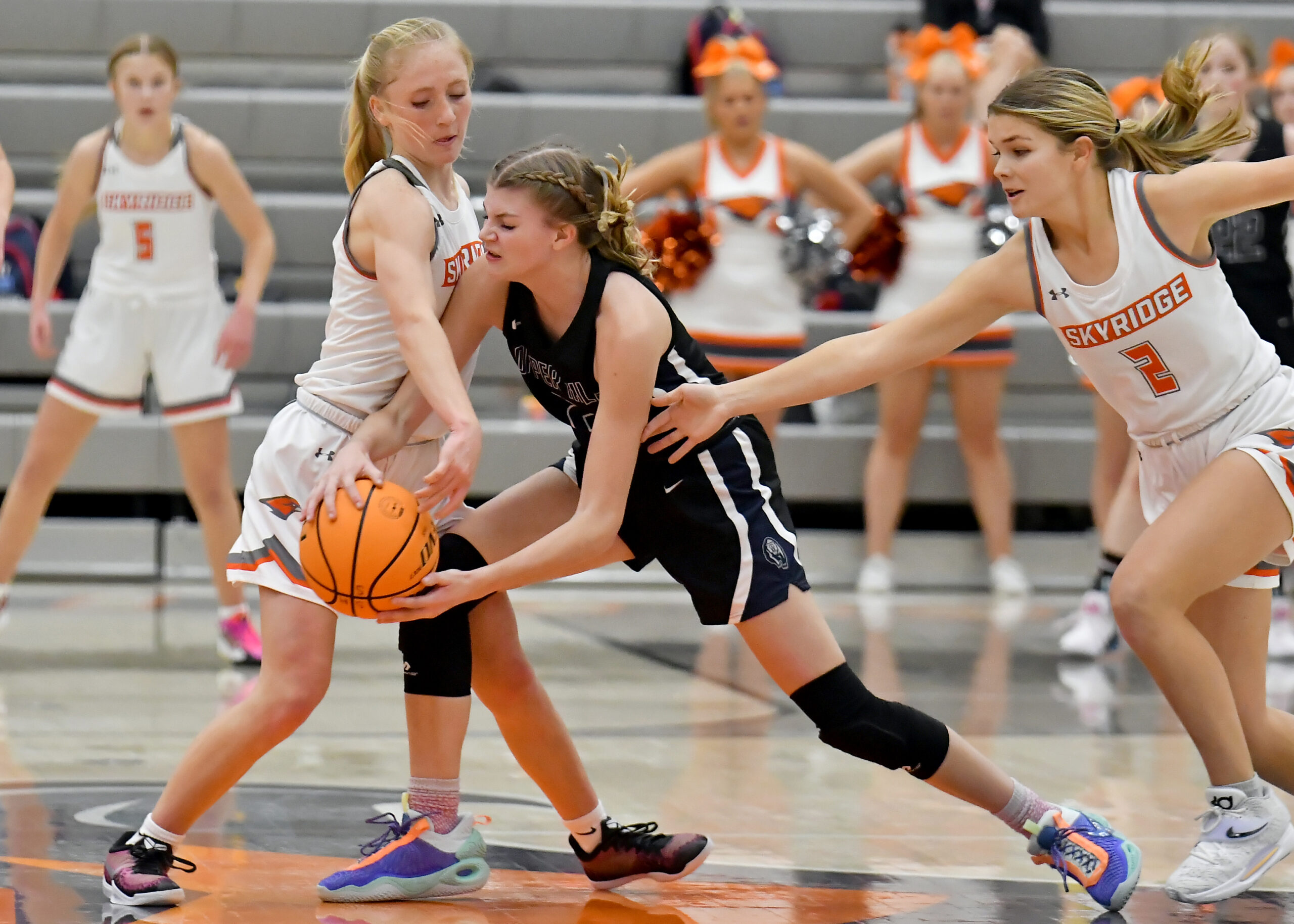 The Skyridge girls basketball team showed impressive play in their home non-region game on Nov. 23 against the Copper Hills Grizzlies. The Falcons rolled to a convincing 46-27 win and made a visceral statement in the opening contest of the season.

The home team jumped out to a 21-9 lead in the first quarter. Scoring in the other three periods was much closer, but the Skyridge girls were able to ride that early margin to victory.

Sophomore guard Cambree Blackham was aggressive going to the basket and penetrated the Grizzlies zone throughout the game. She led the effort with 22 points, four rebounds and six steals.

Skyridge Head Coach Shaylee Nielsen said, “Our bigs did a good job tonight. There are only two of them, so they have to work hard and they get pretty tired, but they killed it tonight.”

The Falcons moved the ball around the court quickly and efficiently. Their full-court-press defense created turnovers and easy baskets.

“The first game is always nerve-wracking but I’m really happy with this one,” the coach continued. “Copper Hills is a great, tough team but our defense played with intensity and was scrappy and that is what wins games.

“A lot of times we prevented Copper Hills from getting into a good flow and we let the offense come from our defense,” said Nielsen.

She added, “Our main focus is to play aggressively. At practice we work on our press and defense in our zone. I’ve got a really deep bench with really quick guards I can run in and out.

“They played their hearts out tonight. I’m feeling good going forward. Now we know what we need to work on, especially with our younger teams. We are excited to get going and play hard,” the coach concluded.

The Falcons visit Bingham on Tuesday (Dec. 7) with a varsity game time of 7 p.m.