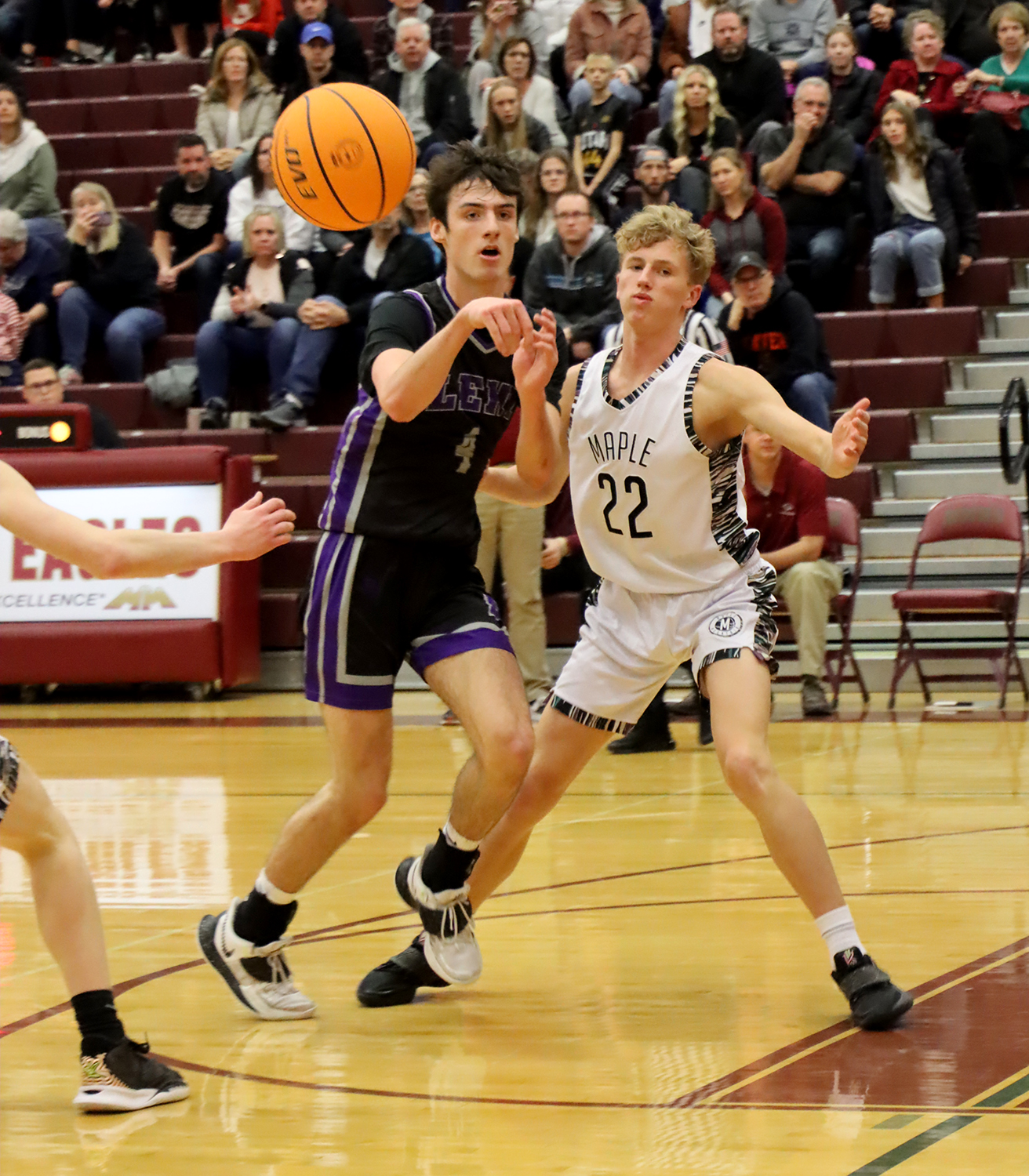 The Lehi boys basketball team played at Maple Mountain Dec. 22 after an unusually long layoff forced by a game cancellation. The Golden Eagles prevailed 53-44 in a defensive battle.

The squads dueled even through three quarters, with multiple lead changes and neither team gaining a significant advantage. The Pioneers were well below their normal shooting percentages for the evening, which ultimately proved to be the difference in the outcome.

Lehi kept pace in the first half in part because of three triples from sophomore guard Cooper Lewis and one from junior guard Tanner Cook, who gave some solid minutes in relief when a fewof the starters got into foul trouble.

Maple Mountain led 12-10 at the end of the first quarter, but the Pioneers flipped the script in the second period and enjoyed a 24-21 advantage at the break. It was still just a three-point spread at the end of the third quarter in favor of the Eagles, but they pulled away down the stretch.

“We played good half-court defense but just couldn’t get enough shots to fall,” said Lehi Coach Quincy Lewis. “Cole Richardson came off the bench to get us six rebounds and gave us good energy.”

The Pioneers will host Salem Hills on Friday (Dec. 31) for an endowment game with tipoff set for the special holiday time of 11 a.m.