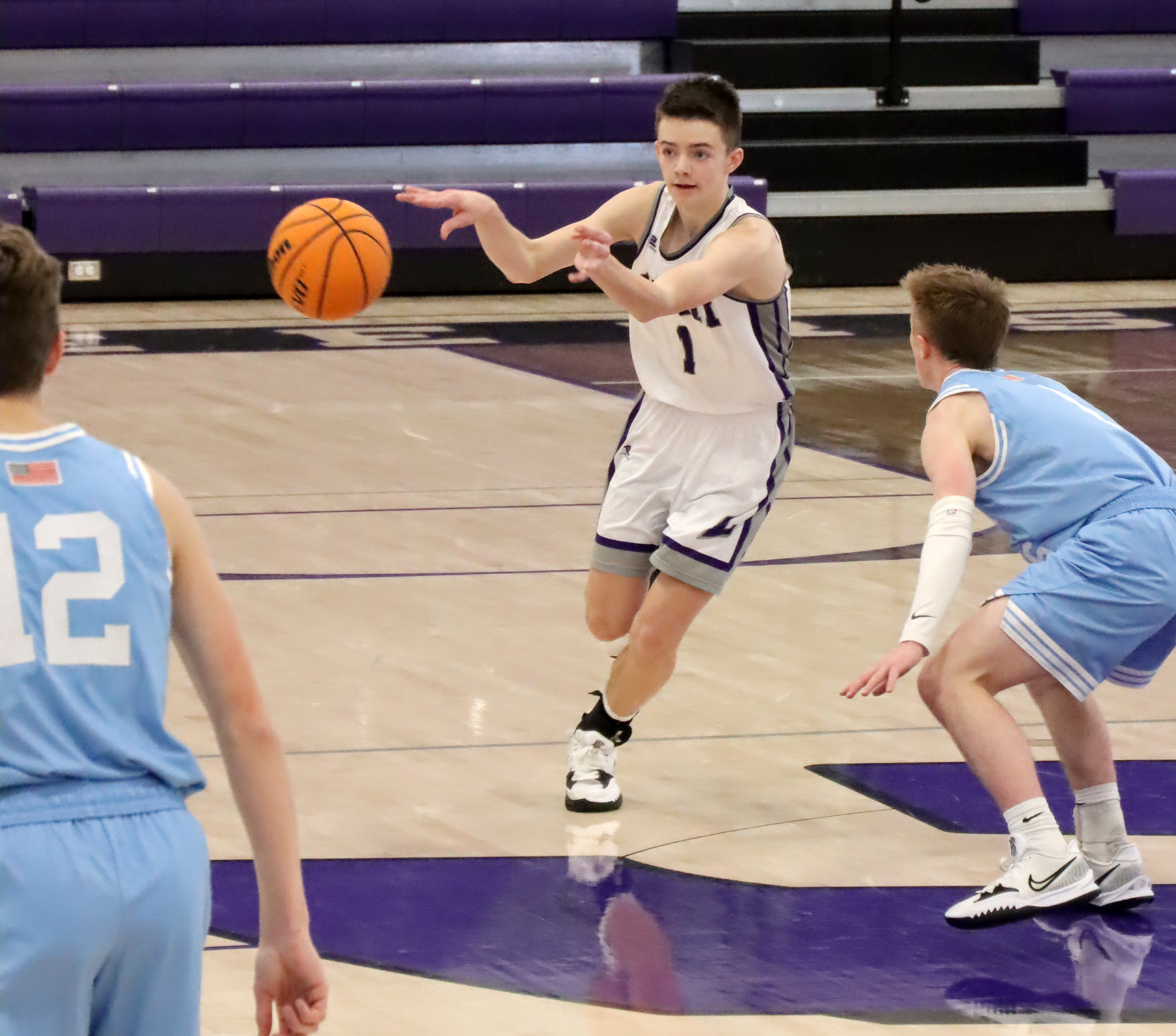 The Lehi boys basketball team produced their best offensive game of the season to date to win a lively contest with Salem Hills 73-67 at home on Dec. 31.

Junior center Nixon Ruffner won the tip and sent it to sophomore point guard Cooper Lewis. The Pioneers scored on this possession when sophomore forward Grayson Brousseau rebounded his own miss and put it back in.

The defense produced a scramble at the other end, and Lewis came out of it with the ball. Brousseau made the hustle count by sinking a trey. Junior guard Spencer Anderson added the next triple and later a fast-break layup off a steal to give Lehi a 13-5 lead less than five minutes into the game.

The Skyhawks responded with a 9-3 spurt to end the first quarter and narrowed the deficit to a single bucket at 14-16, then took their only lead of the night with a 3-pointer to open the second period.

Senior forward Cole Richardson answered with his own effort from long distance and soon added a shorter shot to get the Pioneers rolling again. They headed to the locker room with a 44-28 advantage at the break.

However, Salem Hills wasn’t quite done yet. They made some adjustments on both ends of the court and narrowed the gap to just four points early in the fourth quarter.

Lehi answered the bell with treys from Lewis and sophomore guard Bryson Bromley off each other’s defensive rebounds. The Skyhawks continued to pressure hard on both ends but the Pioneers held them off enough to secure the victory.

Brousseau added 13 points, five boards, four assists and a pair of steals, while Anderson contributed 12 points including two triples along with five rebounds, seven assists and three steals. Ruffner was 4-of-7 (57%) from the field for eight points.

Richardson took six shots and missed just one for seven points, also playing key roles off the bench in the victory. “I just tried to shut down my man, crash the offensive boards and help us get the best shots,” he said.

Bromley also had seven points along with four boards and four assists. “Our biggest challenge was to contain their shooters,” he said. “Once we were able to do that, they couldn’t keep up.”

Overall, the team shot 56 percent from the floor and 50 percent beyond the arc, making 22 assists on 27 field goals with nine turnovers.

“Once they cut the margin to four points, sometimes those are the hardest shots to make because of the extra pressure,” said Lehi Coach Quincy Lewis. “Those next couple of threes were huge. We kept our cool and knocked down some big shots.”

He continued, “We had some nice interior passes which allowed Nixon to get some layups for us. Our overall offensive efficiency was by far the best we’ve had this season. Salem Hillsplayed hard but we stuck with it and got a good team win for us.”