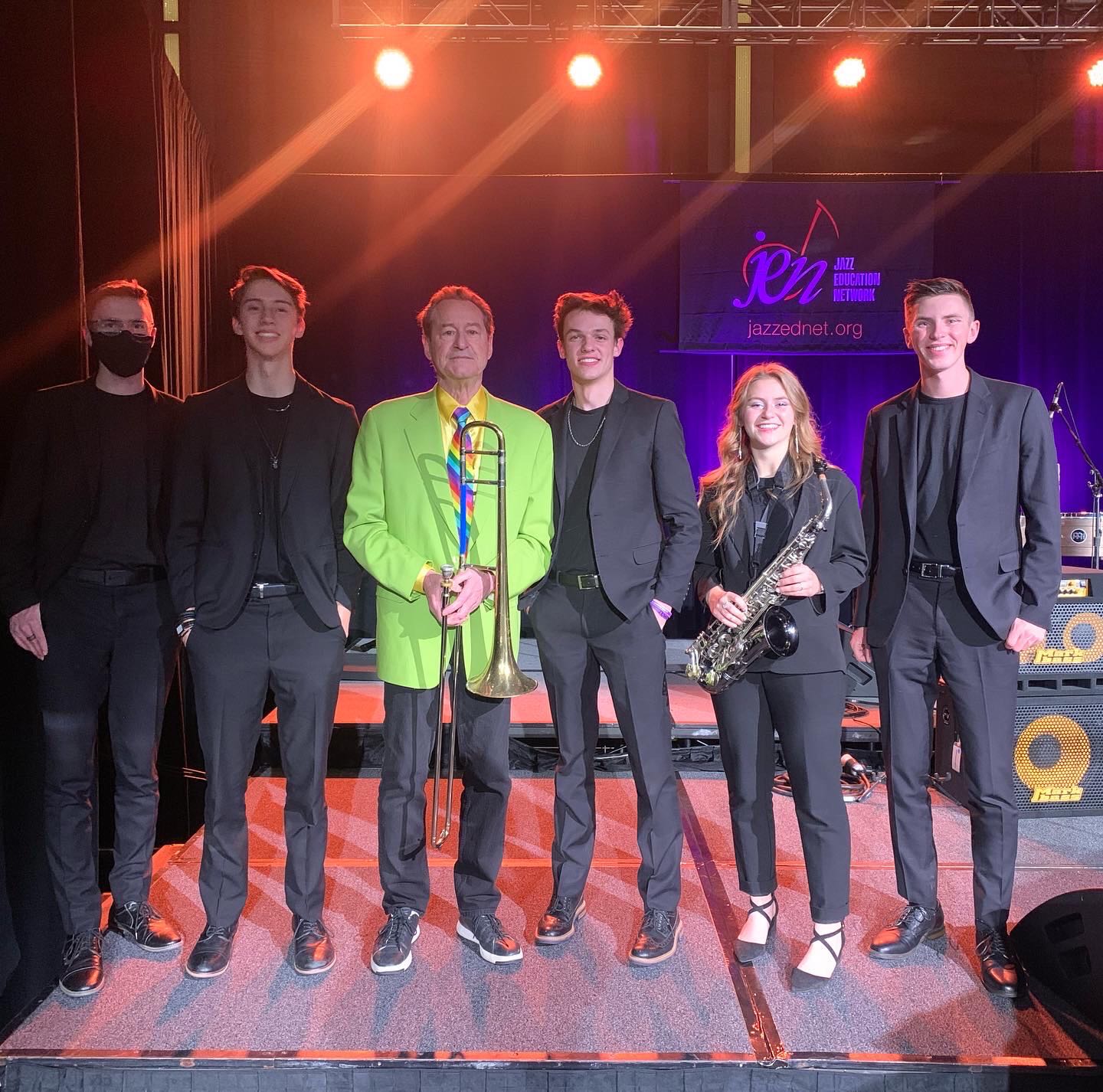 Soundhouse gives young musicians, ages 8-18, a unique opportunity to perform, record, and tour around the world in a professional setting. The program has grown over the years and there are now over 20 audition bands. Each band has its own music style–country, swing, reggae, jazz, big band, and more. In addition to instrumental musicians, Soundhouse also includes a vocal performance program, providing young singers the opportunity to perform live alongside talented bands. Students come from all over Utah to participate, travelling from as far as Park City and Davis County for the weekly rehearsals. The musicians must audition, then they are placed with the band that best matches their skills and style. Students may advance through the program with the goal of reaching one of the top bands.

Lehi High School seniors, Reese Blackwell, Mitchell Furniss and Marissa Mallory made the top band, called the Crescent Super Band, at Soundhouse. The twenty-member band performs a mix of Big Band and American Songbook and is considered a senior premiere band. The Crescent Super Band is known around the globe is repeatedly ranked Best Youth Jazz Ensemble and Top Big Band in the world by Downbeat magazine. Recently, the band was featured on the FM100 Christmas Concert Series where they played live on both KSL TV and KSFI, 100.3 FM radio. Trumpet section leader and longtime Soundhouse member, Mitchell Furniss, said, “Soundhouse has helped teach me what it means to be a performer and to act like a professional. Traveling the country has fueled my passion andhelped me become a better musician.”

Marissa Mallory’s saxophone teacher encouraged her to try out for Soundhouse to give her the professional experience she needed to further her music skills. Attending the Jazz Education Network (JEN) Conference was a rare opportunity she didn’t expect.

The conference is a four-day event where jazz musicians from all over the world meet to listen, play, learn, and celebrate Jazz music. There are workshops, classes, performances, and jam sessions. Performing at a JEN concert is a rare honor. This yearonly four groups were invited to headline at the conference’s nightly concerts. The Crescent Super Band was one of them.

“I feel so lucky that I was able to attend the JEN conference. It was truly amazing to play with and learn from some of the greatest jazz musicians in history. Performing at the night concert was the most nerve-racking, yet one of the most rewarding experiences in my life because we were performing for hundreds of talented musicians. Overall, I am grateful for the opportunity,” said Mallory.

The students met Grammy Award winning artists and some of the most respected musicians in the Jazz community like Tom “Bones” Malone, Randy Brecker, Tia Fuller, and Derek Brown.The conference also hosted a college fair to introduce students to undergraduate music programs around the country. Most of the Crescent Band members go on to receive music or academic scholarships at top universities.

Chapman requires students to continue to play in their school bands, so they won’t miss the opportunity to perform, participate, and improve. Reese, Mitch, and Marissa are all members of the Lehi High School Jazz Band and other bands at the school.

The Crescent Super Band plans to record a full-length album later this year, scheduled for release in the Spring of 2022. Other bands from Soundhouse will be touring in California, Mexico, and Europe this summer.