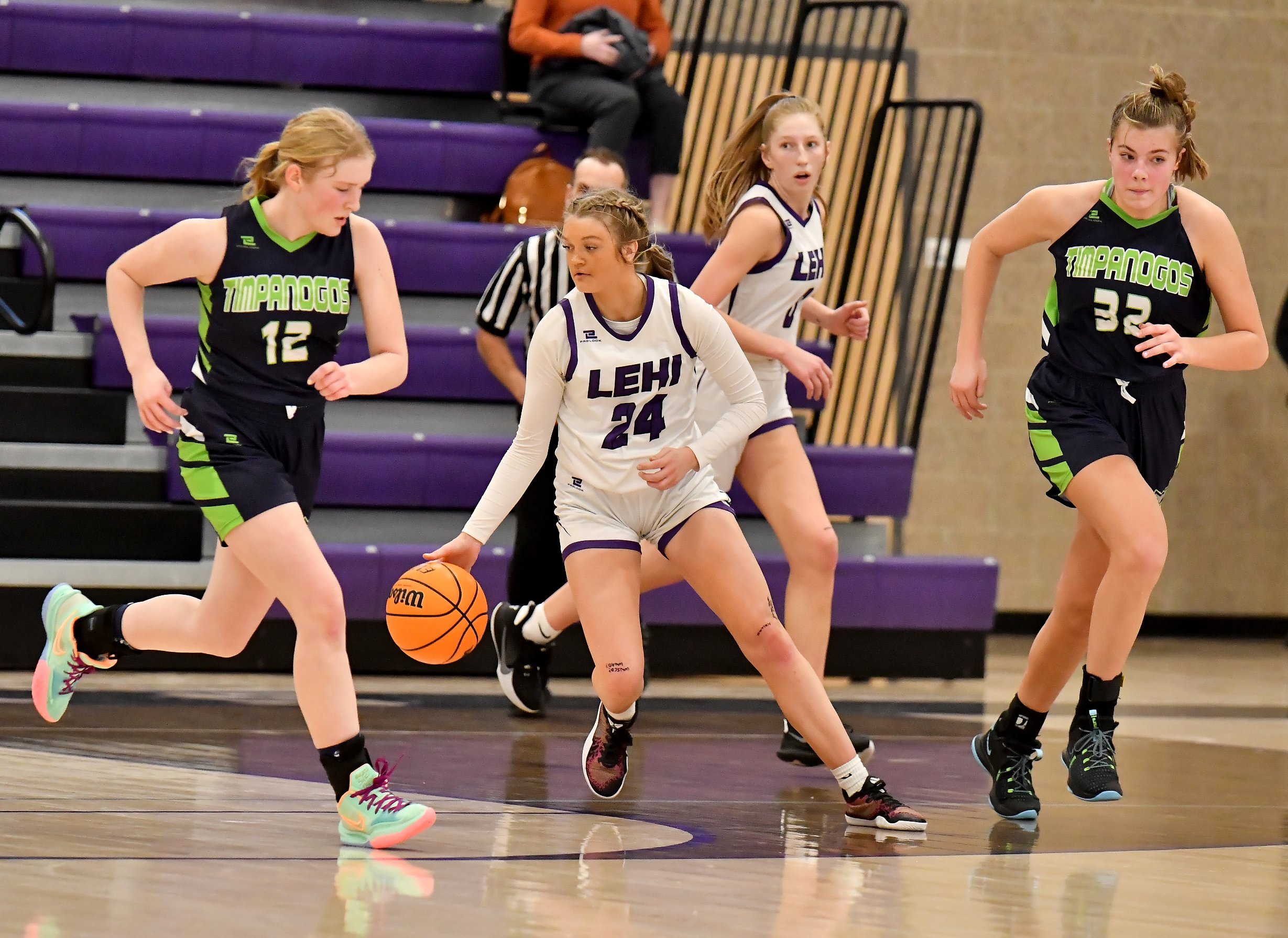 The Lehi girls basketball team ran away with a 69-37 victory at Alta Thursday night to maintain their top overall 5A RPI ranking with a record of 14-4.

Both teams started out a bit on the slow side as the Pioneers were up just 7-6 at the end of the first quarter. However, they exploded for 32 points in the second period while giving up just 10 and earned a 30-21 advantage in the second half as well to cruise to the victory.

Senior wing Maci Wall led the effort with 24 points, shooting 11-of-16 (69%) from the field and gathering five rebounds.

Senior wing Jamisyn Heaton also shot a high percentage overall but was especially effective from distance, sinking 5-of-8 (63%) treys among her 19 points to go with three boards, four assists and a couple of steals.

“Our game at Alta went great,” said Lehi Coach Sean Seastrand. “We simply played really well. We hit 10 threes as a team to open our offense up a bit and really shared the ball well.

“We had 24 assists for the night,” the coach continued. “Sammi Love had seven assists and seven points and played a great game. Our defense collectively was really good as well.”