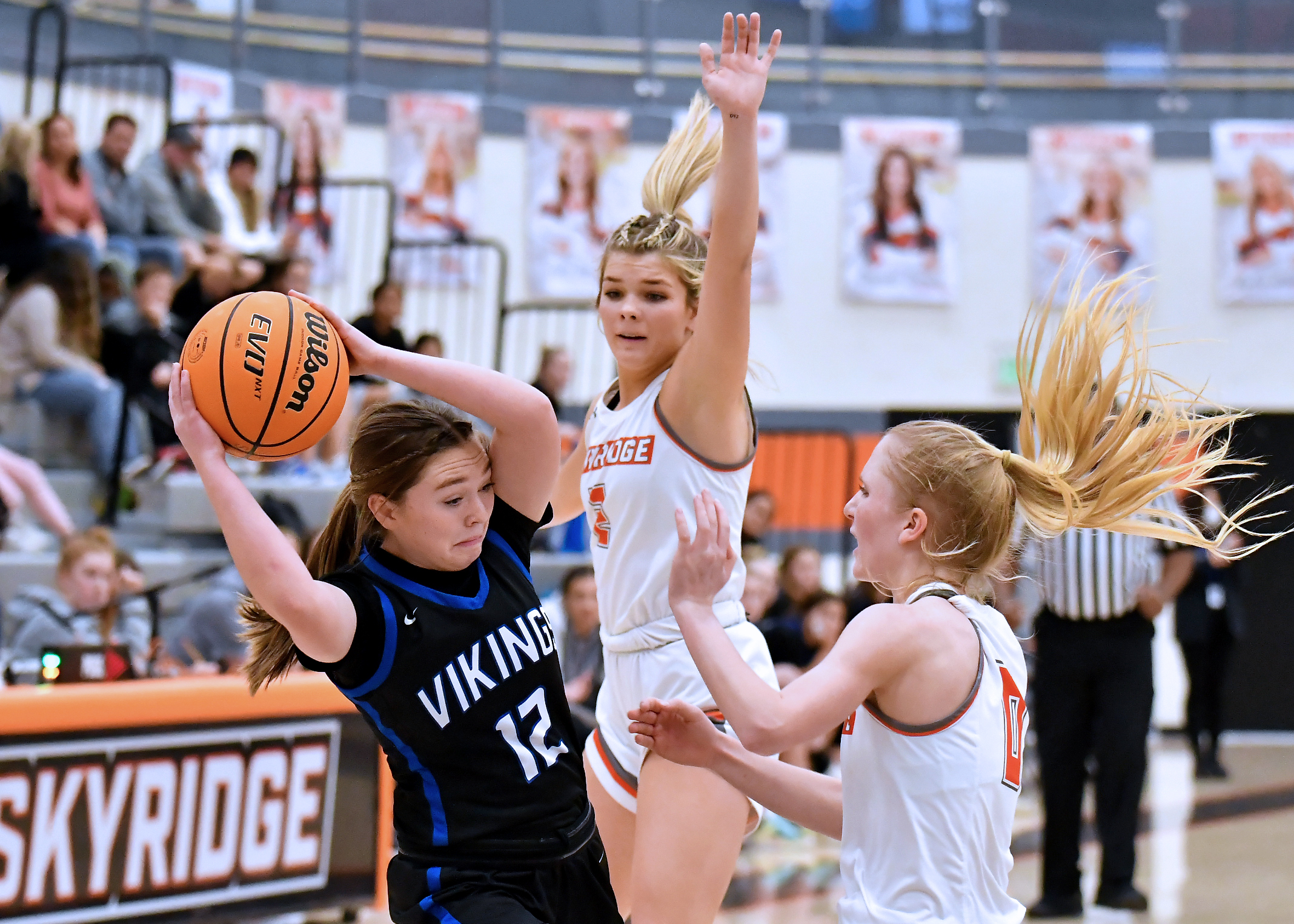 The Skyridge girls basketball team bowed to Pleasant Grove at home but rebounded with a big win over American Fork last week.

In a competitive matchup between two of the top 10 teams in the 6A RPI, it was the Vikings who came out on top to hand the Falcons a tough region loss.

Skyridge’s energetic play during the first quarter produced a two-point lead to end the period but it wasn’t enough to outlast the strong Viking performance. The visitors earned a 51-39 edge the rest of the way.

Falcon senior guard Teagan Gray showed an aggressive presence both offensively and defensively as she led the team with 14 total points including four triples. She totaled three rebounds, three assists and four steals for the game.

This was a big region win for the Falcons who held American Fork to single-digit scoring in the first three quarters. Skyridge led 15-6 after the first, 32-12 at the end of the half and 47-16 heading into the final period. The Cavemen made a late run, but they were too far behind by then to catch up.

The Falcons start the second round of Region 4 play as they host Westlake on Feb. 4 with varsity game time at 5:15 p.m.for the girls followed by the boys at 7 p.m.