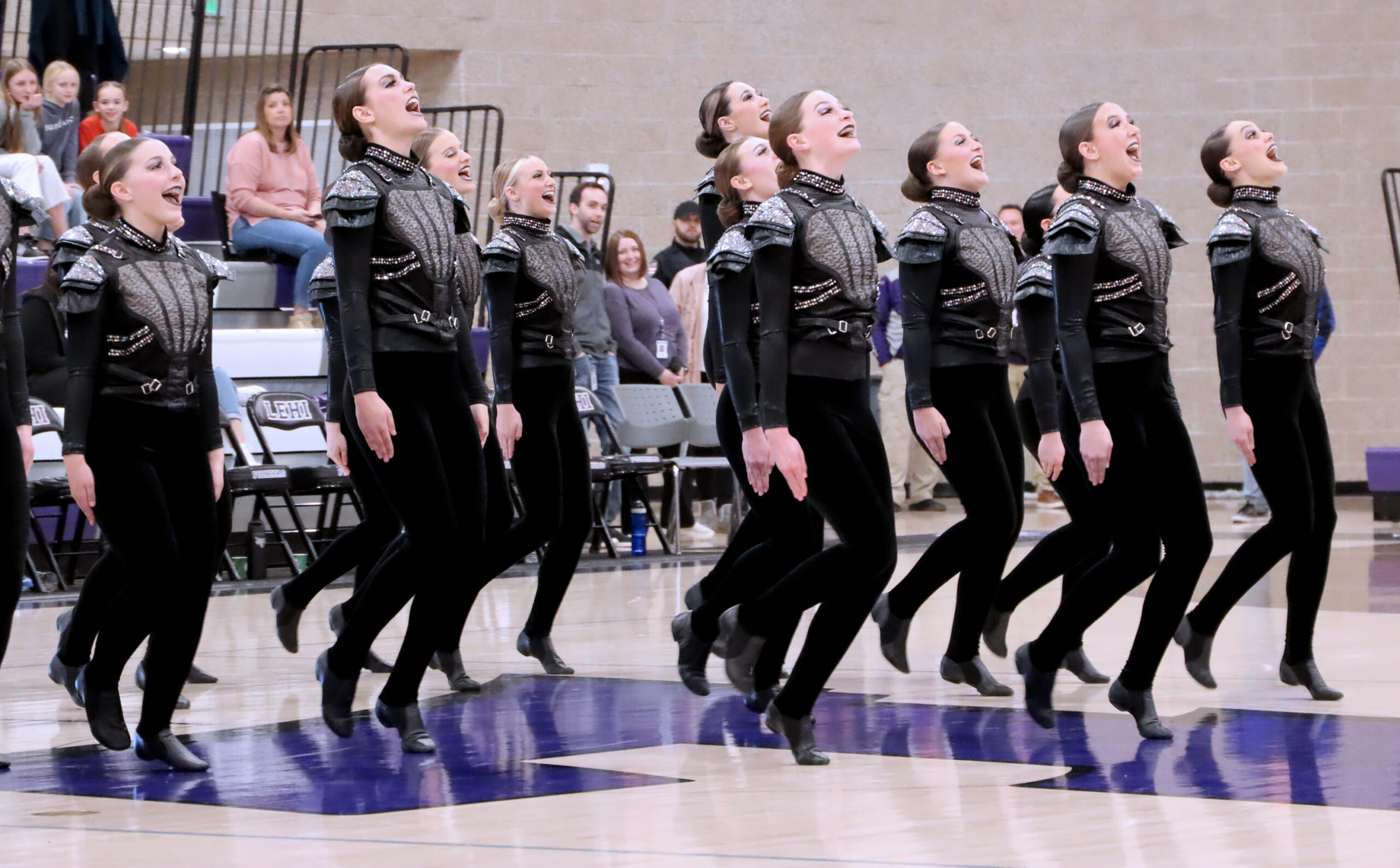 The Vykelles of Viewmont High School earned the program’sfirst state championship as the overall winner in Class 5A.

Lehi competed with nine of the best drill teams in the state and began the competition with a flawless and intense performance in the military category. Their execution and energy in this eventwere impressive and earned the Pionettes a fifth-place trophy,topping off a successful season.

Lehi Drill Team president Ember Burnham said, “I am so proud of this team. We have been trying to prove ourselves as competitors for so long and we finally got to do it at state with a trophy in the military category. Our love for each other and passion for the sport of drill is really what paid off.”

Lehi had three spirited performances during the competition. The Pionettes were impressive as they danced with precision, energy and confidence.

Assistant coach Caitlin Thomas said, “It is a rare thing to be a part of a team this special. I am so grateful to have a part in coaching them. Watching them scream and cry and hug each other after working so hard this year is the best reward.”

Lehi Drill Team head coach Chelsea Kogianes added, “This team has so many strengths. They have been through a lot of adversity this year both as a team and as individuals, yet they have continued to strive for greatness.”

The Pionettes will now prepare for their upcoming trip to Florida to compete at a national-level competition in March.