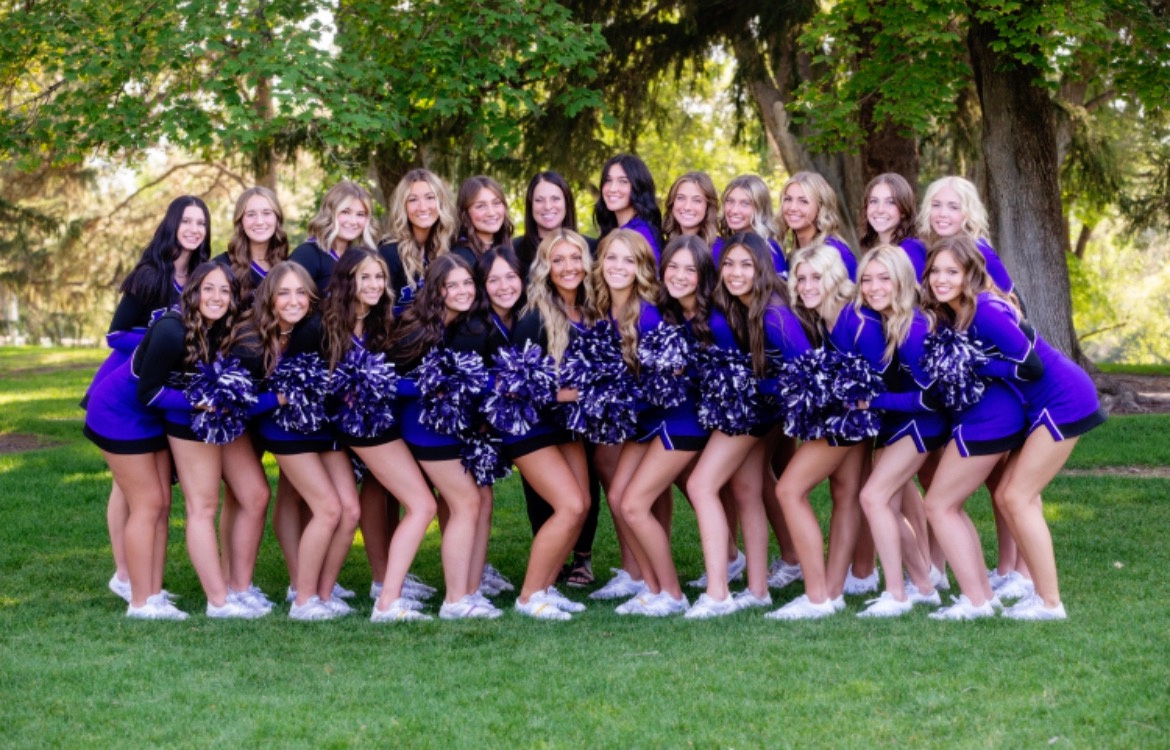 “Winning is awesome – it’s great to take first place. It’s even better to see my team grow, work hard and be good teammates. I want them to leave this program better than they were when they came in,” said Jena Anderson, Lehi High School Head Cheer Coach and Utah’s 5A Cheer Coach of the Year.

In the six years she’s been coaching cheer at LHS, Anderson has had more than 120 girls come through her program. Her teams have excelled at the highest level, winning the 2020 and 2021 state 5A co-ed cheer state championship.

The Anderson family are big basketball fans. Jena’s father coached high school basketball for 26 years, her husband Ryan played basketball and her children play, too. “I grew up watching my Dad coach. I’d see him connecting with the kids and part of me always wanted to do what he was doing,” Anderson remembered. “I was also watching the cheerleaders more than I was watching the game.”

Jena Anderson started dancing when she was three years old. She was trained in ballet, jazz, tap and hip-hop and danced competitively for many years. Jena cheered at Brighton High School and Utah Valley University. She and her husband were at a basketball game at Lehi High School in January 2016 when Jena found herself watching the cheerleaders and thinking about how she would have them do something differently. On a whim, she asked the athletic director if they’d hired a new cheer coach – Skyridge High School was starting that Fall.

“I felt like it was a longshot, but I also felt like I could make a difference and I wanted to be involved,” said Anderson.

“Jena is committed to her team. She has lots of energy and creative ideas,” said Sean Yeager, Athletic Director at LHS. “She incorporates life lessons like accountability and being happy for others’ success. Cheer is a year-round sport and Jena is always coming up with innovative ways for her team to have a great experience.”

Part of Jena Anderson’s coaching philosophy is to push the girls to achieve their highest potential every day, always challenging and encouraging them to improve. Like her father, Jena never demeans or talks down to her cheerleaders to motivate them.

“I have a lot of favorite moments from the last six years of coaching,” Anderson began. “Winning back-to-back state championships was definitely one of them, but the thing that stands out in my mind has nothing to do with cheering at a game or a competition. My parents passed away 22 days apart in 2019. My team walked in together at my Mom’s funeral. I was going through a very hard time, and they showed up for me.”

It’s the life moments that mean the most to Coach Jena. Her team and the Skyridge cheer team stood at attention along the Lehi Cemetery road leading to their teammate, 15-year-old Brooklyn Trapp’s grave last August at her funeral. It was a poignant tribute that affected everyone who saw it.

“Those moments when they have the opportunity to get outside of their comfort zone and serve, that’s what they’ll remember. Those are the experiences they’ll share with others in the years to come,” Anderson concluded.