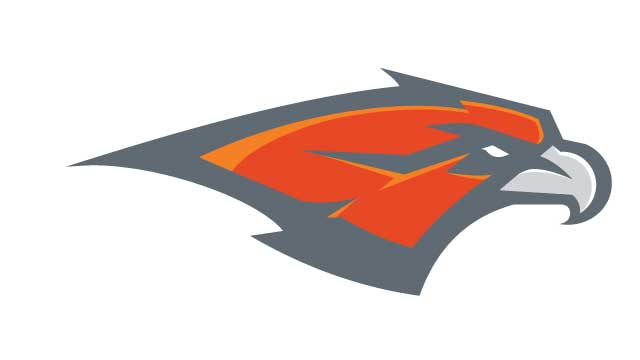 Nineteen Skyridge student athletes were honored in a ceremony at the school on Feb. 3 to recognize their opportunities to continue their playing careers at the next level.

Not all had made their choices yet, but their names were announced anyway because they plan to accept one of the offers they have received. These include defending state champion wrestler Josh Millward, whose profile was not given at this time.

Swimmer Katie Andrist will be moving on to the U.S. Air Force Academy in Colorado Springs beginning in June. She has a 3.92 cumulative GPA while taking multiple concurrent enrollment, honors and AP classes. A four-year varsity letter winner, she loves art and being creative.

Five members of the football team have received offers, beginning with Tapuvae “Snoop” Amaama, an offensive lineman who is moving on to the University of Virginia at Charlottesville. He s a second-generation American of Samoan descent, the son of Sui and Isabelle and brother to Dogg and Slim.

He was a two-year varsity starter and was named All-Region 4, 2021 Region 4 Top Lineman and second team All-State.

Running back Jeter Fenton is considering offers from Southern Utah University, Dixie State University and Snow College. He is a four-year letterman and three-year varsity starter and is the program’s all-time leading rusher.

Fenton was a team captain in 2021 and has twice received recognition on the All-Valley team and was the All-Region 4 Running Back MVP. He was also named All-State honorable mention and was Skyridge’s 2021 Offensive MVP.

Offensive lineman K’ley Iosua is originally from Corvallis, Oregon and will be moving on to Utah State University. He lives with his mom Elizabeth and his younger brother and sister. A four-year letterman, he was the BYU camp MVP, All-Poly camp MVP and second team All-Region 4 as a senior.

Also headed to Utah State following a two-year mission for the Church of Jesus Christ of Latter-day Saints is wide receiver Jack Hadfield. He has dealt with many injuries during his playing career and loved fighting through each challenge to reach his potential.

Hadfield began playing football in the third grade. In high school, he won the Scout Team player of the year award, the Grinder Award for the team’s hardest worker, the Falcon Way award for character, the Leadership Award, and served as a team captain this season.

In addition, he was recognized on the All-Region 4 first and second teams.

Linebacker Carver Cole is headed to Berry College in Rome, Georgia. The son of John and Halie Cole, he has received recognition as the 2019 Sophomore Defensive MVP, 2020 JV Team MVP and 2021 All-Region 4 First Team Middle Linebacker.

From the girls soccer team, midfielder Emma Granthem has selected Western Wyoming Community College in Rock Springs. She played four years of soccer and earned a varsity letter this season while leading the Falcons to the state championship game. She plans to study science education.

Also headed to SLCC are defenders Hadlie Bullock and Kylee Phillips. Bullock was a 2021 team captain and plans to pursue a dental hygienist degree. Phillips was a 2021 All-City defender.

She began playing competitive soccer at age 7 and has traveled nationally and internationally for tournaments. Her club team took first place in its division at the World Wide Soccer Tournament in Orlando, Florida.

Softball player Brightyn Turner started playing competitively when she was eight years old and has been on the honor roll every term at Skyridge. She is headed to SLCC as well.

A four-year starter, she has twice been recognized All-State, All-Valley and Region 4 first team and also as the 2021 All-City Most Inspirational Athlete.

Pitcher Heather Berrett is moving on to Dawson Community College in Glendive, Montana. She has been playing softball since age 10 and was the 2021 Region 4 MVP with 190 strikeouts during the season.

From the volleyball team, outside hitter Rose Moore accepted her offer from Weber State, libero Licia Echevarria is heading to Casper College in Wyoming and setter Emma Meyer is moving on to Northeastern Junior College in Colorado. Their profiles appeared in the Dec. 9 edition of the newspaper.

An addition this time was Abbigail Alvord, who will continue her volleyball career at Western Wyoming University in Rock Springs. She has maintained a 3.9 GPA while taking AP and concurrent enrollment classes.

On the court, she excelled on both the right side and as a middle blocker. She moved to Skyridge for her senior year and has had a great experience and made many new friends, according to Coach Deanna Meyer. She also enjoys dance, theater and painting.