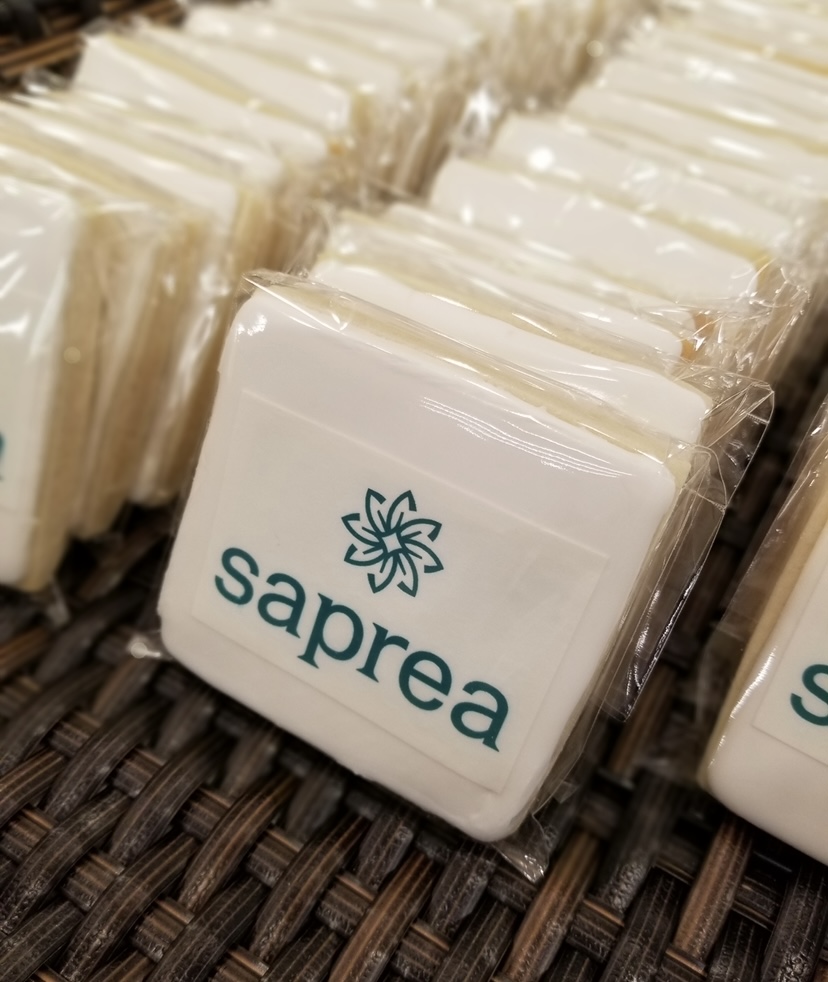 “We feel strongly that now is the time to rebrand the Younique Foundation. We are evolving our brand to communicate the breadth and growth of our services, reach new audiences and facilitate additional partnerships,” said Shelaine Maxfield, founder and board member of the former Younique Foundation. Maxfield stood before board members and employees, including former Governor Gary Herbert, on Monday afternoon, Feb. 7, to introduce a new name and branding of the non-profit she founded with her husband, Derek, seven years ago.

“Because our services are so successful, we feel a moral responsibility to expand their impact further,” Maxfield explained. The Younique Foundation rebrand includes a name change to Saprea, a new logo and new colors, green and cream.

“Although we will have a new brand, our core values and focus will not change. We’re pivoting to something greater and are hopeful our new brand will help us reach more survivors, more parents, more partners and more communities,” said Maxfield.

Shelaine and Derek Maxfield started the foundation because of a dying friend who asked Derek to do something great with his life. “It wasn’t until we were talking about a loved one who had been sexually abused as a child that we knew how to fulfill that promise,” Shelaine remembered.

“Our vision has and continues to be to be the voice for those impacted by child sexual abuse in our communities at home and around the world,” said Maxfield. “I’m overwhelmed at all we have accomplished since founding the Younique Foundation. Millions have been reached through our child sexual abuse awareness and prevention resources.”

According to Shelaine Maxfield, the Younique Foundation (now Saprea) has had more than 4,000 survivors attend their Haven Retreats. Survivor support groups are in 11 countries and fourlanguages. They have close to a million social media engagements a year. The foundation has won several national awards as well. “We are becoming a leader in this issue,” said Maxfield.

“We encourage critical conversations about child sexual abuse between parents and their children. This is a silent epidemic that requires all of us to do our part to change the cycle of abuse for future generations,” she continued. “While we celebrate these achievements, I’m also aware that so much more still needs to be done.”

More than 294 million children are survivors of sexual abuse worldwide. At the press conference on Monday, Dr. Susan Madsen revealed that 1 in 5 girls in Utah in grades 9-12 report being sexually assaulted in the last year. More than a third of these victims were abused before their 10th birthday. “Sexual violence costs the state of Utah nearly 5 billion dollars annually, about $1700 per resident each year,” said Madsen.

“We’re not talking about kids in another town. This is happening in our neighborhoods. Until we decide to start talking about the real issues, we can’t have change. Saprea will help move this process forward. The work they do isn’t based just on being reactive, but proactive in this fight,” Madsen continued.

Shelaine Maxfield and Saprea’s Executive Director Chris Yadon explained some of the reasons for the rebrand of the Younique Foundation. The number one reason is to end the confusion with Younique the make-up brand and the work of the foundation.

“Derek and his sister Melanie Hedgecroft founded Younique toprovide financial resources so we could create this foundation,” Shelaine explained. “Originally there were many good reasons to link the foundation and Younique. There have been someunintended consequences having the same name. If you Google the foundation, you’ll see links to the foundation’s home page and links to Younique products. This is so confusing for our survivors and our customers.”

Shelaine went on to say that the word “foundation” is confusing to some. “Many people think we give money away rather than raise money. That hurts our ability to generate the public contributions necessary to sustain our growth,” she said.

Saprea will continue to offer retreats for survivors but place more emphasis on prevention services and awareness of the issue of child sexual abuse.

“There’s no global leadership right now when it comes to the issue of child sexual abuse,” said Yadon. “There is a lot of good work happening in pockets. Suprea is going to be that global leader. This issue can’t be solved by a single organization alone – it needs leadership, and we’re going to be that leadership. We acknowledge that is a lofty goal, but make no mistake, we’re going after that goal full force.”

Yadon went on to assure board members that the relationship between Younique and Saprea will continue, likening it to parents sending their 18-year-old child off to college. “This has been an incredible partnership for many years. Younique hasbeen an incubator. Because of their funding, we’ve been able to create incredible services that actually work. Younique and their founders were essential to making this happen,” said Yadon. “The purpose of Younique was always to fight child sexual abuse.”

“Younique and the Foundation have always been separate, but the perception has been they weren’t just a partner and a supporter,” added Abe Young, Chief Financial Officer for Saprea.

“They used to do makeovers and photoshoots for the survivors at the retreats to help them see themselves in a different light. We were so intent on being separate that we wouldn’t use Younique make-up for that.”

The Younique Foundation served approximately 40 women a week between Utah and their Georgia offices with The Haven Retreats, but since the COVID-19 pandemic started, their numbers have been cut in half.

“More exposure gets us more partners, a bigger voice and influence, which makes it possible to reach more people,” said Young.

Attention Entrepreneurs: What You Need to Consider When Starting A Small Business