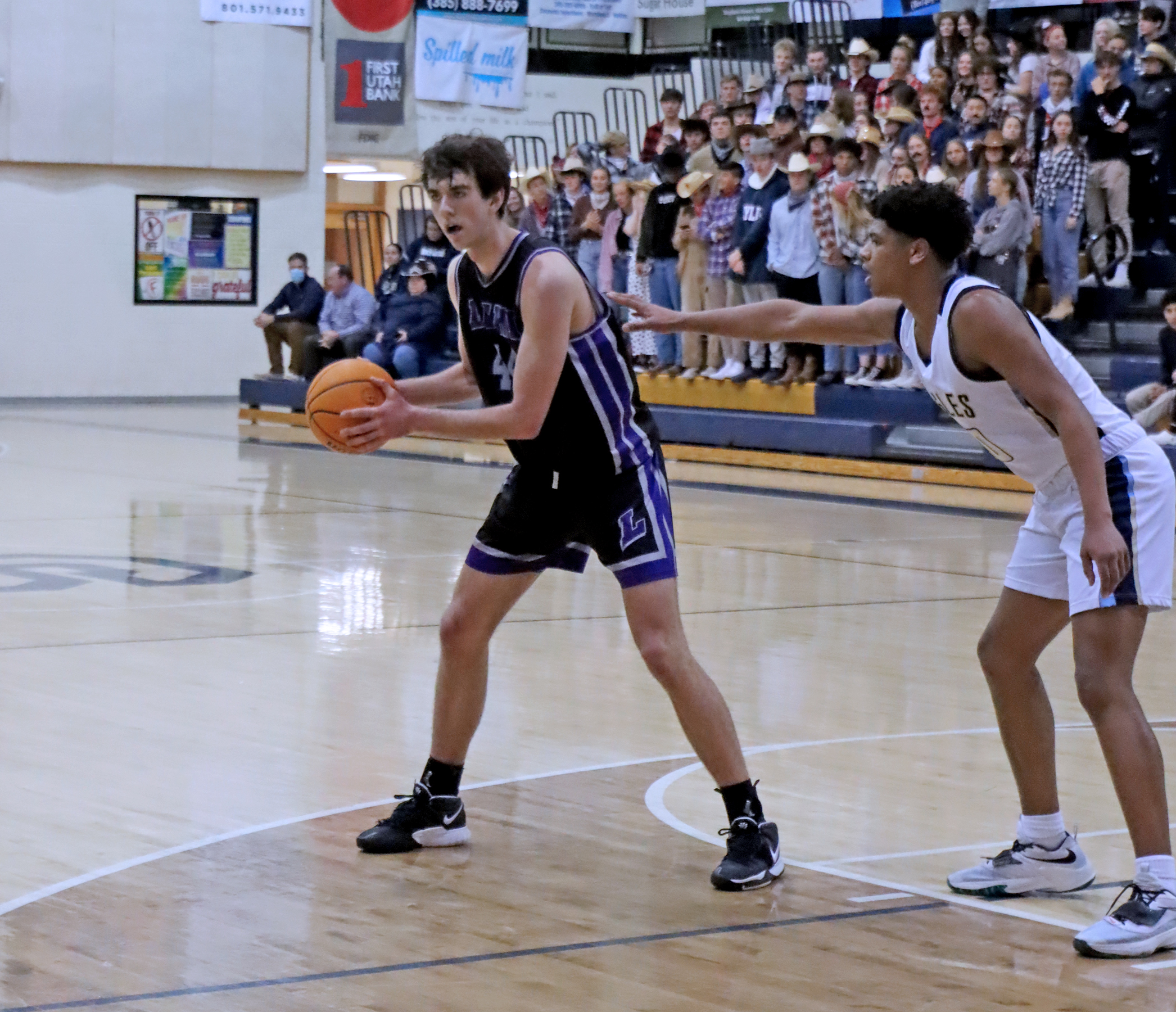 The Lehi boys basketball team fell to Skyline 60-54 in overtime Wednesday night (Feb. 23) in the first round of the 5A state tournament. The Pioneers finished the season with a 9-12 overall record.

Lehi got off to hot start on the road against the Eagles. Paced by seven points from sophomore point guard Cooper Lewis and a pair of buckets from junior center Nixon Ruffner, the Pioneers led 14-13 at the end of the first quarter but fell behind 26-31 by the half.

Lehi immediately closed the gap to start the third period as Ruffner dropped in a putback deuce and junior guard Braxton Hawkins added another basket after a defensive rebound by junior guard Spencer Anderson. However, Skyline matched ever basket and still led 42-40 heading into the final stanza.

Another driving score by Hawkins tied the tally and the teams continued to trade baskets. With under two minutes to play and the score even at 49-all, Lewis turned a steal into a fast-break layup despite two chasing defenders and added a free throw to push the Pioneers ahead 52-49.

The Eagles responded with a long trey to knot the score again. Lehi worked the clock down to take a final shot, but it bounced off the rim to bring on the overtime. Skyline hit its first two treys in the extra period and that proved to be enough to secure the victory.

The Pioneers shot 50 percent inside the arc and were 13-of-15 (87%) at the charity stripe but uncharacteristically only managed one triple for the night.

“I’m very proud of my team,” said Lehi Coach Quincy Lewis.“They fought through tremendous adversity and stuck togetherall year. We have a bright future ahead.” The Pioneers will return the entire starting lineup and two of the main reserves next season.

“We will miss our only senior player, Cole Richardson. He gave us everything he had,” the coach said. “Also, our senior manager Travis Johnson was awesome for two years.”