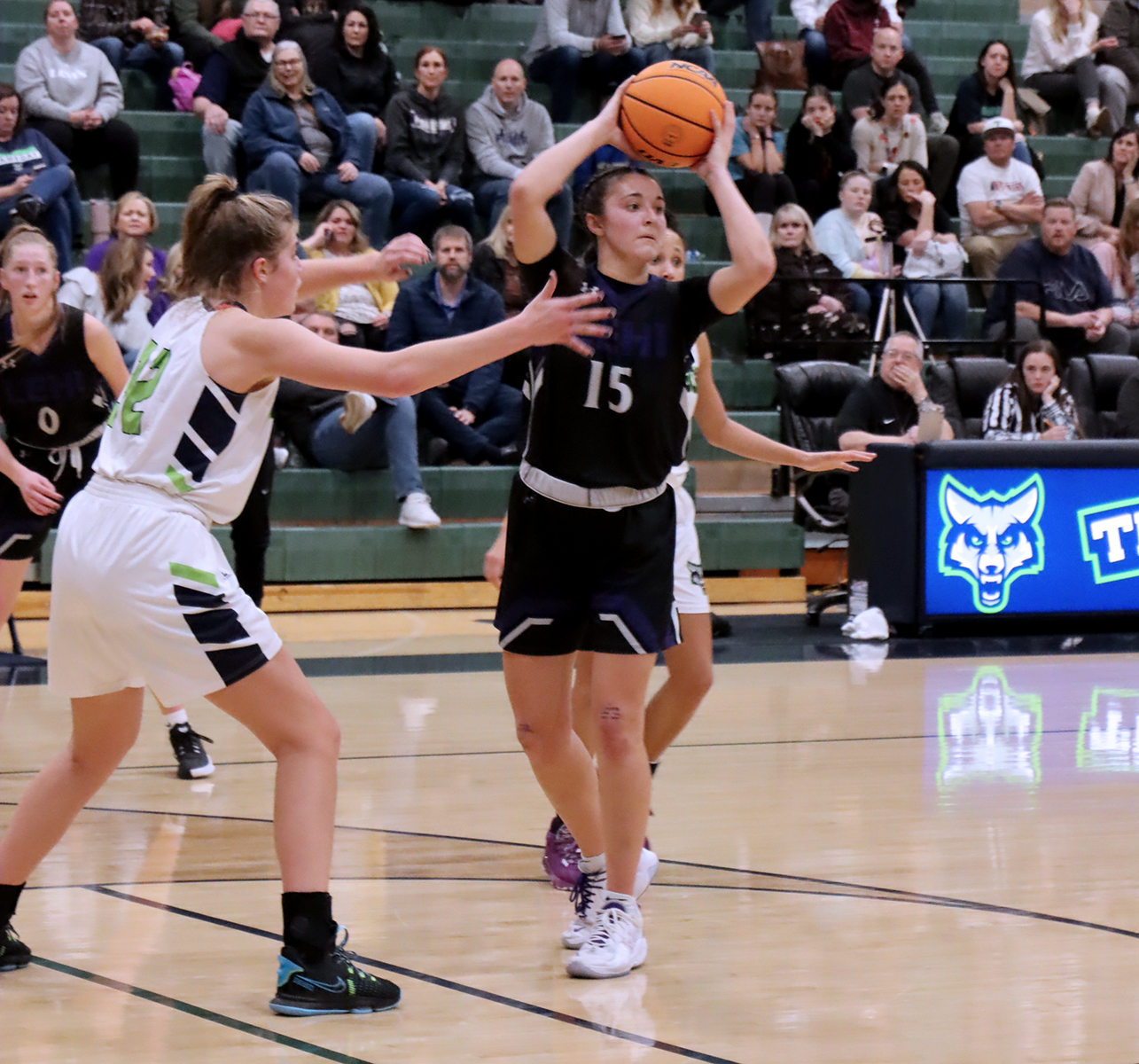 The Lehi girls basketball team began the 5A state tournament with a first round 60-28 victory over #32 Spanish Fork on Tuesday (Feb. 22). The Dons won a play-in game Monday night to advance to this contest.

The Pioneers forged ahead 17-5 in the first quarter and the lead was never threatened. They held the visitors to single-digit scoring in three of the four periods and only gave up 11 in the other.

Sophomore guard Hadlie Warren netted three treys and made a pair of steals. Sophomore guard Addy Scrivner also had nine points including a couple of triples along with three boards, two assists and three deflections.

“This was a great first playoff game for us,” said Lehi Coach Sean Seastrand. “We played solid defense and were able to knock down a lot of our shots. Six players hit threes and Hadlie Warren had three of them.

“We had really balanced scoring tonight,” he continued, as seven players contributed points. In addition, nine had rebounds, eight made assists and six got steals. They tallied 18 assists on 22 field goals.

“It was a great team effort,” Seastrand said. “It feels good to get our first playoff win and now we start looking forward to Thursday against a tough Woods Cross team.”