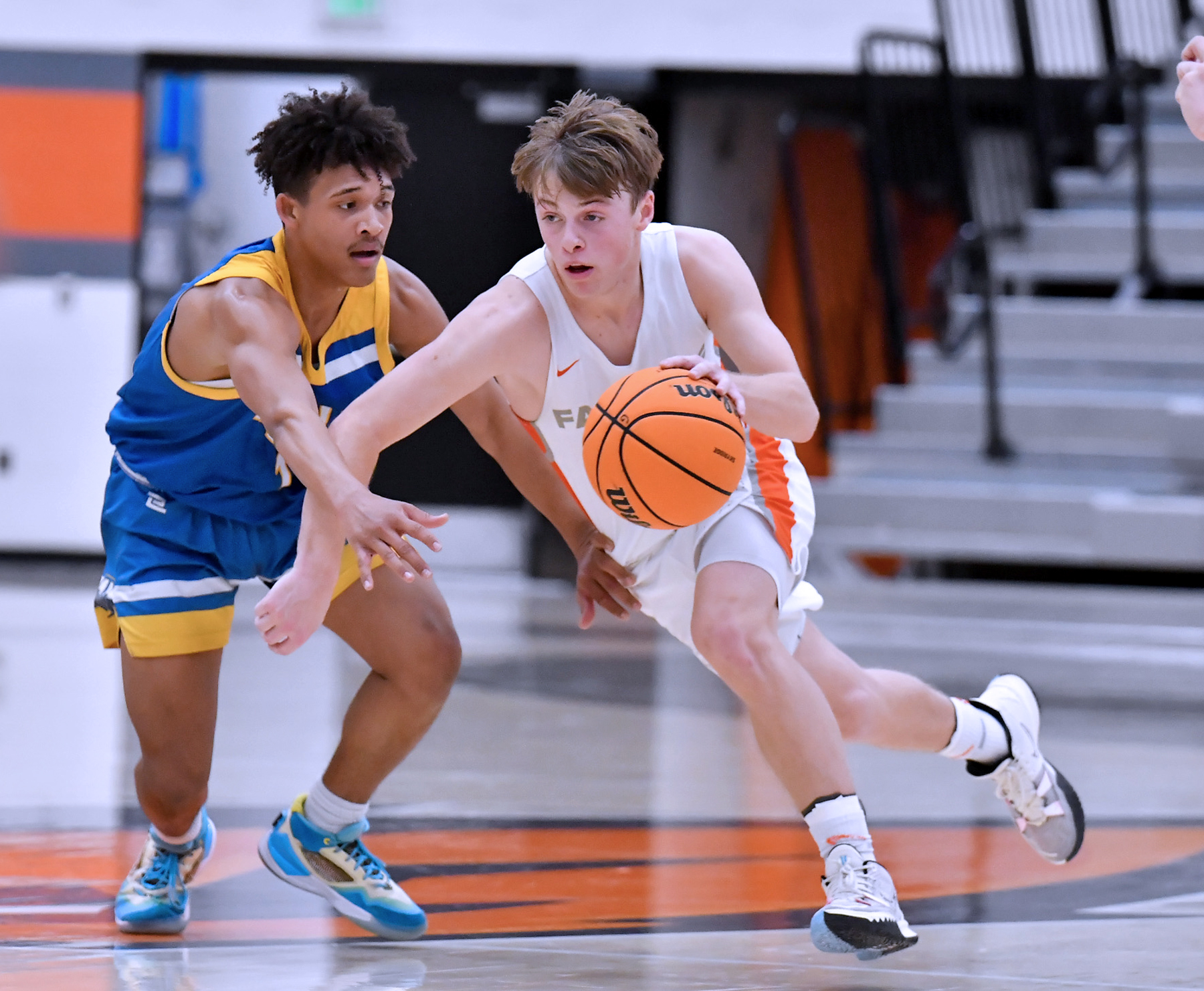 The Skyridge boys basketball team outscored Taylorsville in every quarter on the way to a 66-53 triumph in the first round of the 6A state tournament on Wednesday (Feb. 23).

The teams dueled even through the initial period, after which the Falcons had a narrow 15-14 lead. A solid second quarter on both ends of the floor allowed them to extend their advantage to 28-22 at the half.

The home school scored 19 points in each of the final two periods, with a lot of them coming from the free-throw line towards the end of the contest. The Warriors fell a bucket or two shy in those same quarters and were never able to overcome the earlier deficit.

The spark of the offense in one way or another all season, Falcon senior guard Nick Holland exploded for 32 points including four triples to help secure the win for Skyridge.

Senior forward Bryson Bailey added 17 points with some key blocks, while senior guard Kenyon Snoddy netted a pair from beyond the arc.

“It was a great team win tonight,” said Coach Jeff Gardner. “We were very pleased at the way we played in the middle two quarters of the game that extended our lead and then did a great job taking care of the ball and making free throws down the wire.

“Nick Holland did a great job controlling the game and Bryson Bailey had some big buckets and blocks when we needed it most,” he continued. “We are excited for the challenge of playing a very good Copper Hills team on the road.”

Gardner added, “Our senior class has done a great job leading and getting us ready to play our best basketball this time of year.”

Check our site online for the outcome of that contest.