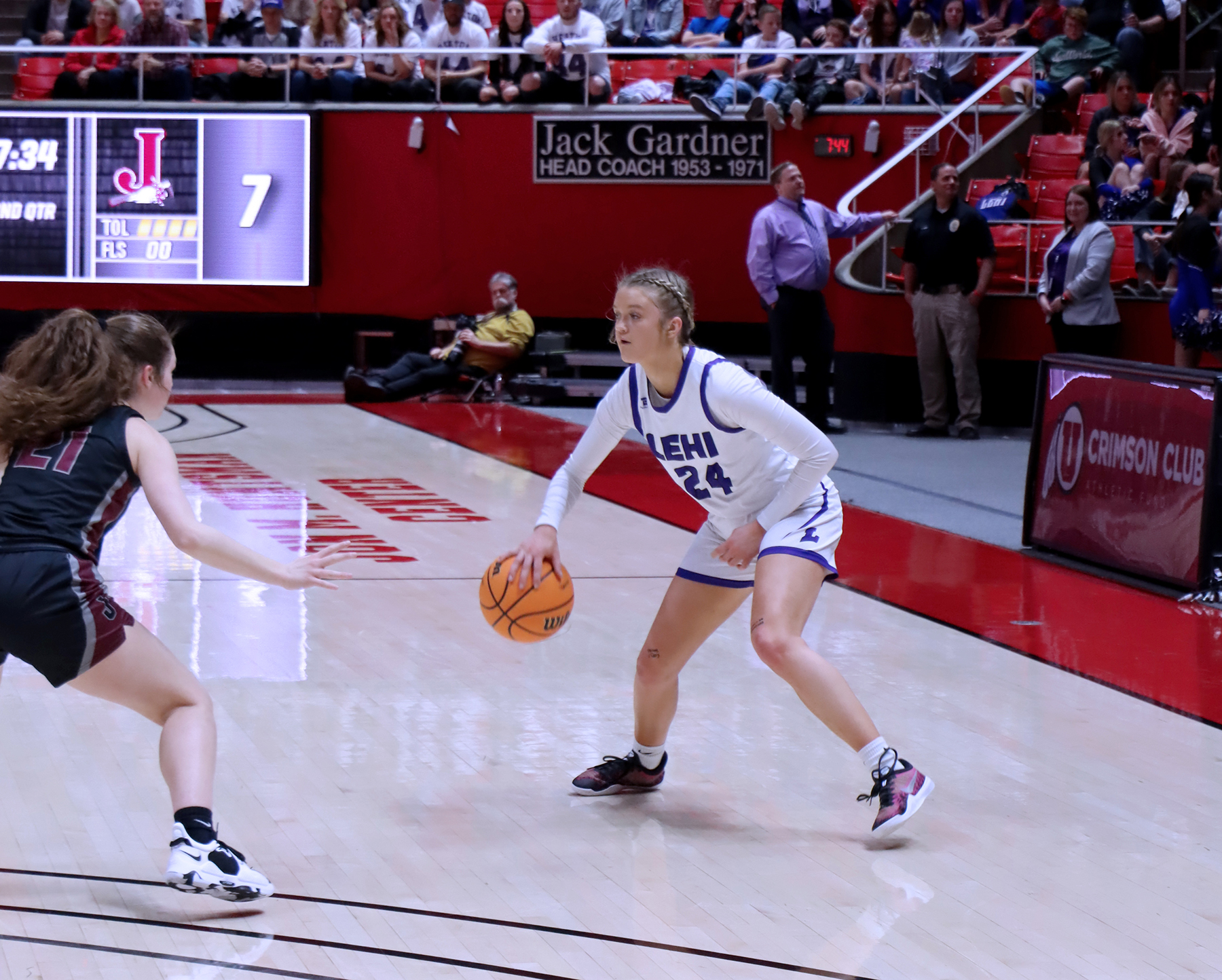 The Lehi girls basketball team had to come from behind in the late going to post a 60-46 victory over #9 Jordan in the quarterfinals of the 5A state tournament on Monday (Feb. 28).

Things went according to plan at the first. The Pioneers won the tip and immediately converted as sophomore guard Addy Scrivner found senior wing Maci Wall inside for a quick deuce.

In the next couple of minutes, senior wing Jamisyn Heaton and sophomore guard Sammi Love both hit triples after gives from senior wing Tara Smith to push their team in front. They led 13-7 at the end of the first quarter.

The hot shooting ramped up even further in the second period, but Jordan also picked up the pace. Lehi took a 28-19 advantage into the locker room at the halfway point.

The Beetdiggers came out hot in the third quarter and the Pioneers had trouble finding the net. They made just one field goal in the period and trailed by six points just before a pair of free throws from Wall made it 33-37 entering the final stanza.

Love pitched to Heaton for a drive-in layup to open the fourth quarter. Jordan answered that bucket but then Heaton and Love hit back-to-back treys to retake the lead and Lehi never trailed again. The Pioneers outscored their opponents by 18 points in the fourth to make a tough win look easy.

Heaton tallied 22 points including four triples and had fourrebounds and six steals to her credit. Wall added 12 points and a couple of steals while Love scored nine with five boards and five assists.

“What a wild game,” said Lehi Coach Sean Seastrand. “We played the first half perfectly. Our goal was to beat them by 4-5points every quarter.

“The second half gave everyone a chance to see how resilient this team is,” the coach continued. “The third quarter really got away from us. We missed some easy shots and that rattled us a little. Our defense suffered as well.

“We lost our lead and trailed heading into the fourth. That was very unfamiliar territory for us,” Seastrand said. “But we responded with a 27-9 fourth quarter to take control of the game and beat a really tough athletic Jordan team.

“I’m really proud of the way we reacted as a team to facing some adversity,” he concluded.