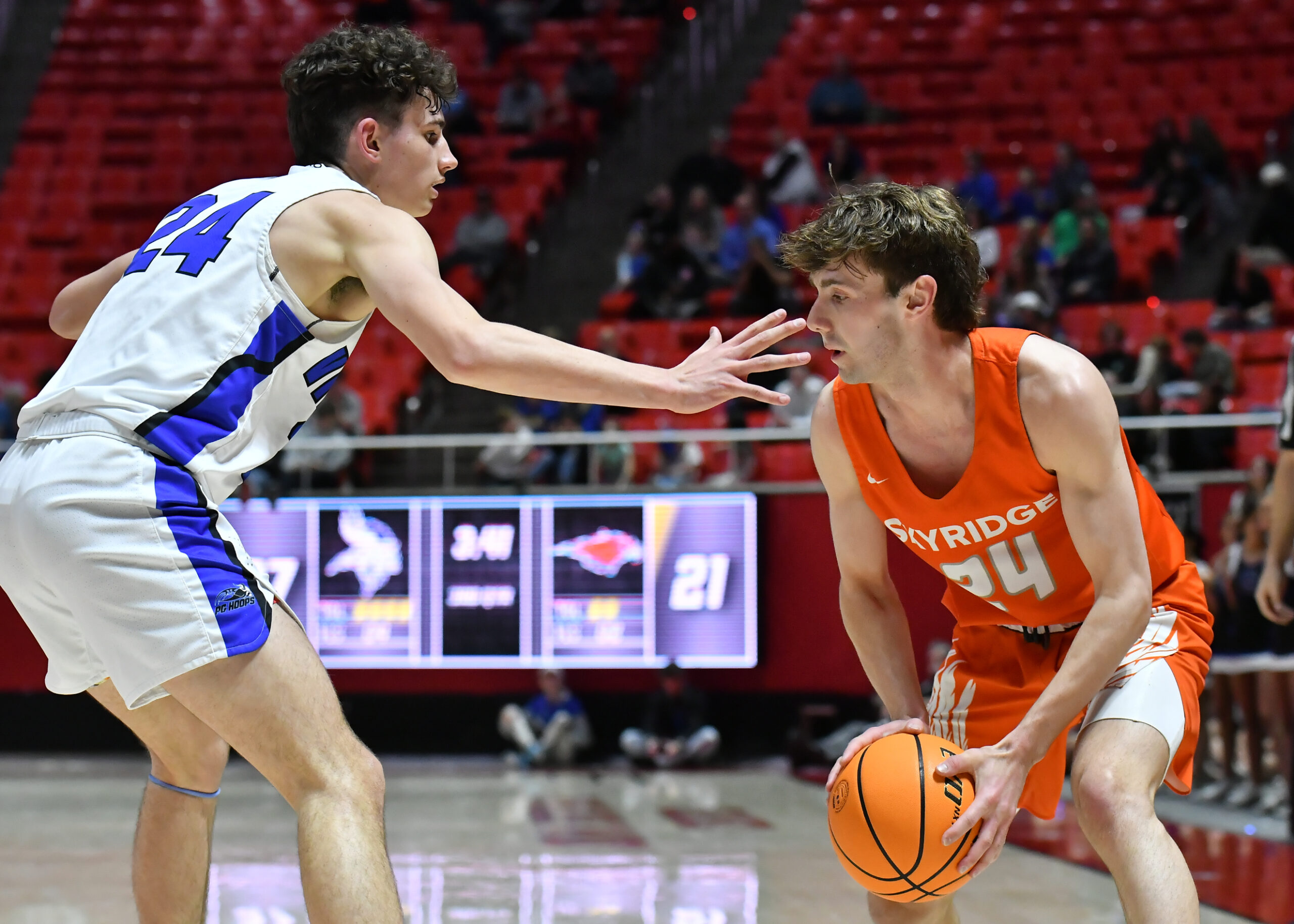 The #11 Skyridge boys basketball team gave a valiant effort against #3 Pleasant Grove in the 6A state quarterfinals today (Mar. 1) but the Vikings prevailed 60-43 to end the season for the Falcons at 14-10.

Pleasant Grove started the game in dominant fashion and built a 13-2 lead by the 2:35 mark of the first quarter.

However, Skyridge came right back, and after senior guard Kenyon Snoddy sank a triple, the Falcons had closed the gap to just three points with 4:30 to play in the half. The Vikings responded and rebuilt the margin to 31-17 at the break.

Skyridge scored one more bucket than Pleasant Grove in the third period and reduced the deficit to single digits early in the fourth, but they couldn’t get the stops or shots they needed down the stretch.

Senior forward Bryson Bailey had a near double-double with 18 points and nine rebounds and also had a block.