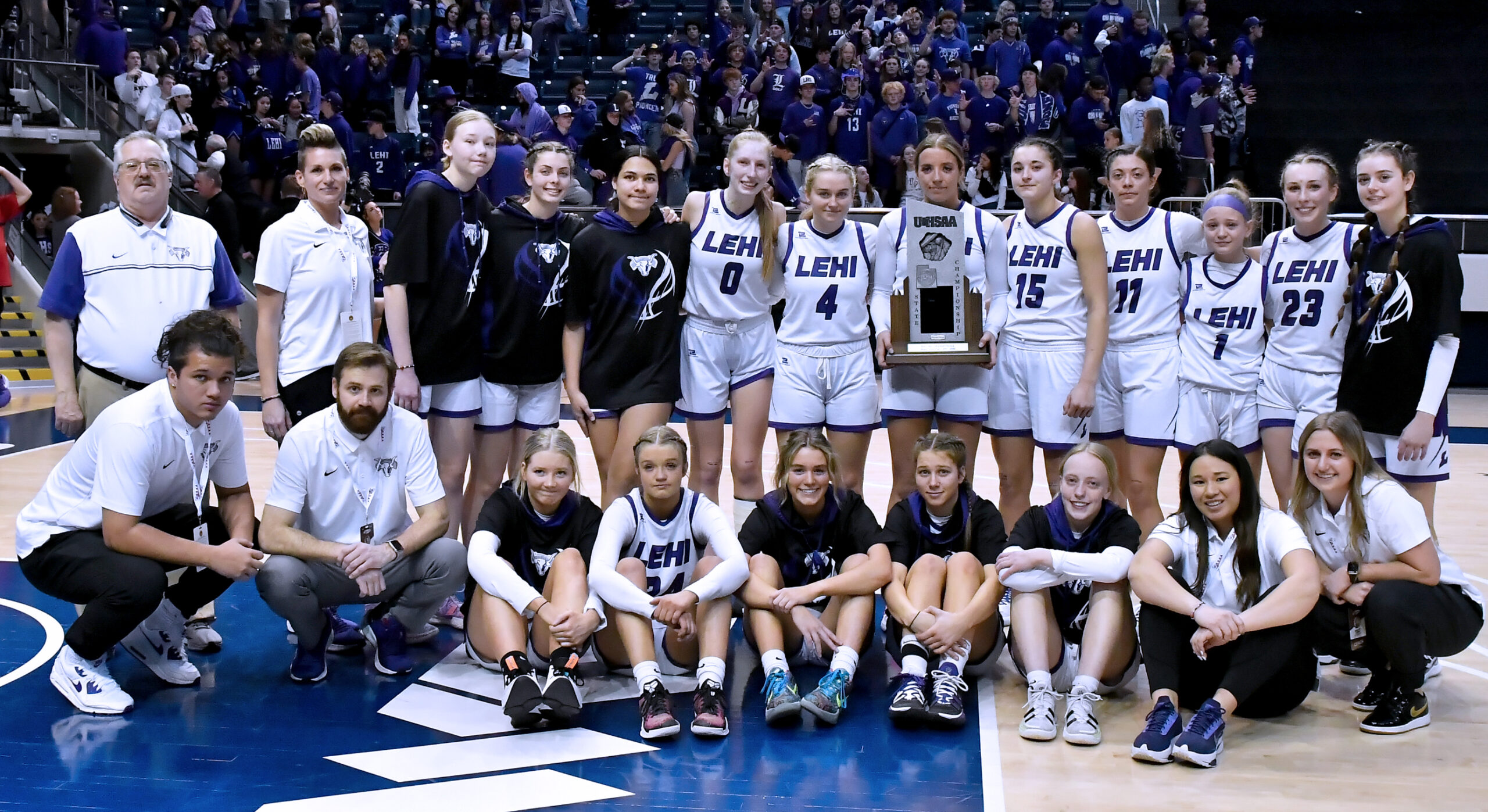 The Lehi girls basketball team put up a good fight against Springville in the 5A championship game on Saturday (Mar. 5) at BYU’s Marriott Center, but once they fell behind they weren’t able to make enough baskets to reduce the deficit and the Red Devils won their second consecutive title 54-43.

The Pioneers got off to the fast start they wanted as senior wing Maci Wall opened scoring with a layup on the first possession. Springville got a bucket on the other end but then fouled senior wing Tara Smith, who made both shots.

On the next trip down the floor, Wall collected a defensive rebound and Smith capitalized on that as well by sinking a triple after a give from sophomore guard Addy Scrivner to provide a 7-2 advantage for Lehi in the early going.

However, the Devils finished the period with a 7-0 run and took a 13-10 lead into the second quarter. They never trailed again.

Springville was up 30-20 at the break. The Pioneers battled them essentially even through the second half and reduced the gap to single digits several times, but the Devils always answered to extend the lead again.

Senior wing Jamisyn Heaton, the team’s top scorer for the season, was the focus of Springville’s scrappy defense and was held to 10 points and three assists. Sophomore guard Sammi Love contributed three assists and three steals.

“We played as tough as we could,” said Lehi Coach Sean Seastrand. “We never quite got into a rhythm offensively that we’ve typically been able to get into all year.

“Springville’s defense is really tough, and they make you grind out every possession,” he went on. “Unfortunately, we didn’t make enough plays to be in a position to win it late.”

Still, Seastrand was pleased with the effort his players made.“I’m so proud of how our girls fought the entire game,” the coach said. “It’s hard to lose your last game in the championship, and it’s especially hard when your group has done everything the right way all season.

“This group has left its mark on the program, the school and the community and they will be remembered,” Seastrand concluded.

Although the Pioneers fell short of what they hoped for in this effort, they still collected a silver trophy to add to the program’s luster.

They were also part of two bits of state basketball history. This contest marked the end of the shot clock in UHSAA 5A girls games and was also the first Utah girls championship game to be broadcast on network television.