Pioneer girls lacrosse gets off to strong start 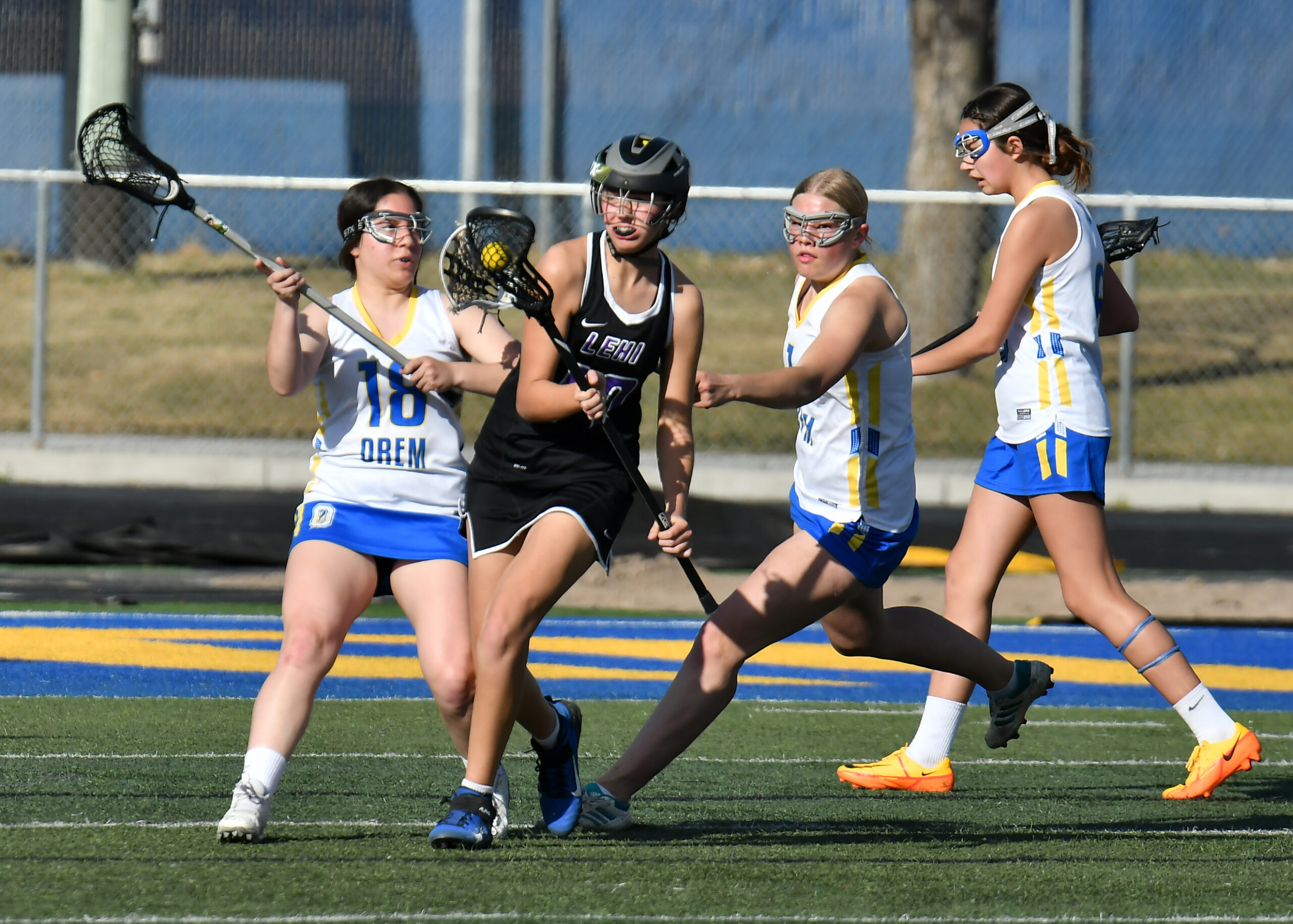 The Lehi girls lacrosse team has earned a 6-2 overall record and a 2-1 mark in Region 8 play to open the spring season. They got an initial boost going 3-1 with four games in two days at the Bulldog Brawl.

Senior midfielder Lillie Ray and junior midfielder Mylee McAllister each had a pair of goals in the opener, while sophomore Jaidynn Hutchinson scored the other.

Junior midfielder Karli Fiedler provided the winning margin over the Bulldogs all by herself with four goals in the victory. McAllister and Ray each added a pair of scores and Moreau tallied 13 saves in the effort.

Junior defender Kaylee Harding, senior attacker Lita Sundquist, Fiedler and Lindsay all provided an assist. Moreau had four saves between the pipes and freshman Charity Whiteheadfinished out the contest in the net.

In the exciting, low-scoring contest against the Timberwolves, Hale, Hutchinson, Fiedler and Atkin each found the target once, and Fielder also had an assist. Ray collected three ground balls and Moreau had five saves to help assure the victory.

Fielder had a dominant outing for the Pioneers against the Vikings, scoring five goals out of nine tries with one assist and also collecting eight ground balls.

McAllister found the net on all three of her attempts and she also made two assists. Hale and Hutchinson tallied a pair of goals apiece while Ray and Atkin recorded the other two. Hale also picked up four ground balls and caused a turnover.

Ray added a goal, an assist, two ground balls and two caused turnovers. Sundquist, Hutchinson and Atkin scored the other goals and Hale had an assist. Moreau tallied six saves.

The Pioneers scored four goals in each half at Jordan but it wasn’t quite enough to overcome the offensive onslaught by the Beetdiggers. Moreau made eight saves to keep Lehi within reach.

Fiedler scored five times for the third consecutive game. Ray notched two goals and an assist, while Hutchinson also had a goal and Hale made an assist. Atkin collected three ground balls.

The Pioneers were able to use a lot of players as they overwhelmed the Tigers on the road. The home squad only managed three shots on goal for the entire contest.

Hutchinson had a goal and an assist. Atkin and Hannah Lindsay each scored once, while senior attacker Brooke Peterson and sophomore midfielder Brooklyn Lindsay provided the other assists. Junior defender Kaylee Harding picked up three ground balls.